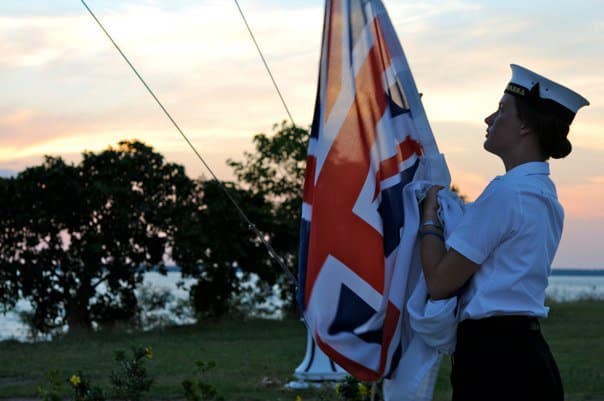 Talking to Shannon Ziegelaar about her life since leaving school is one of those experiences that makes you wonder who you could have been like if you’d ‘found yourself’ before your twenties.

She takes strategic thinking to a whole new level. Ever since she was a high school student at Santa Maria College, (Head Girl 2008) she has made decisions based on the ideas of ‘choosing the option that will give you the most next options’ and ‘applying effort where it is most needed’. And it’s worked for her.

Shannon, at the ripe old age of 27 has been in the Navy, achieved a Bachelor of Law, a Bachelor of Arts and a Graduate Certificate in Social Impact. She has studied in Stockholm, created a socially responsible start-up and helped create a youth-based enterprise non-profit. Currently, she is working on a project in Saudi Arabia for Boston Consulting Group (BCG), the world’s leading business strategy consultancy. She has also had time to play state netball and sit on the board of Santa Maria College as the youngest ever member.

Shannon’s enormous capacity and work ethic were first tested by her Navy Gap Year. As an 18-year-old female recruit in a male-dominated organisation like the Navy, she found all her assumptions and values tested. Surrounded by a mix of people from all walks of life with varying levels of education, she suddenly had to reassess who she was and what she was capable of.

Three months of boot camp, culminating in a 72-hour training session, showed Shannon what she can achieve physically. She says, “I have absolute wonder and awe at how far the human body and mind can be pushed.”

The Navy also awoke in Shannon her consciousness as a feminist. She hadn’t realised how much her school and home had molded her in this way, nor the fact that her sense of equality had never been challenged before. In the Navy, she was challenged for her femininity. Although an ugly experience at the time, it helped her decide where her boundaries were and how to defend them. She says, “Each person has to decide the space in which they want to operate.”

Another value that was heightened by the Navy was education. Shannon realised that after a year of routine and discipline she was really looking forward to returning to university for the intellectual rigour and opportunities for creative problem solving. Since then, she has always aimed to be where the most interesting conversations are. It was this thinking that led her to study Law and Arts. 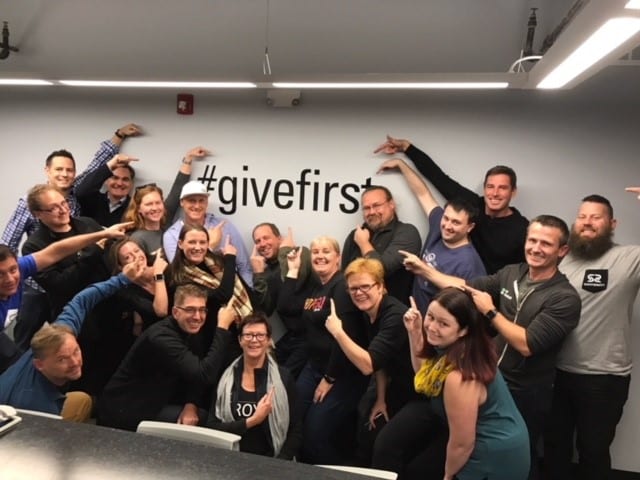 At Santa Maria, Shannon was highly involved in the service program. Her participation in the Punmu immersion has had long-term effects on the way she operates in her personal and professional life. Punmu made her shift her thinking from short-term impact from a charity base to long term social impact. She became more interested in “making an impression on the system and shifting the needle”.

At university, she started a fair-trade pop-up shop which aimed to encourage people to think about the supply chain behind products. This later led to working with Bloom which is a Western Australian non-profit supporting young people in entrepreneurship. They offer the skills and resources to help young people in start-ups. The organisation is highly innovative and it led Shannon to a heightened awareness of privilege. “Generational wealth is one driver behind innovation”. She says that for the likes of Mark Zuckerberg, “the safety net of wealth makes risk possible.”

Upon turning 25, Shannon left Bloom and started as an Associate at internationally recognised, innovation leader BCG. She describes it as a company full of smart people who solve problems and it aligns with her values and pushes her to change from being a ‘youth voice’ to simply a voice at the table. It sounds like the perfect fit.

When asked what advice she would give to current Santa Maria students, Shannon said, “Don’t think WACE is the be all and end all. It is not a measure of intelligence. Choose what you love and apply your effort there. Develop your own framework for decision making and use it to guide your choices”.

Now that Shannon has a ‘grown-up job’, we look forward to seeing her access the resources of BCG to continue challenging the status quo and driving positive change.