The Best Role Model A Child Can Have 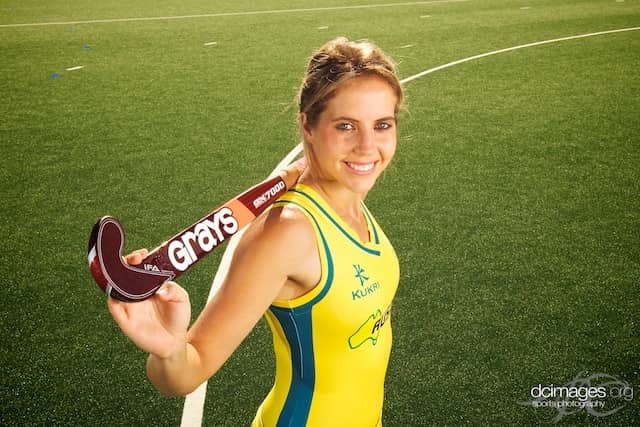 The press love to see a sports star fall from grace! All the better if they do it in dramatic style. Think Australian swimming champion Grant Hackett, walking around the Crown Hotel foyer in a disorientated state in his underwear. Former footballer Ben Cousins, stopping traffic on a highway in Perth, clearly fueled by drugs. Think Stephen Smith and co, after the cricket ball tampering debacle of early 2018.

Maybe it seems so spectacular because they are cast as role models in our sports-mad nation. Or maybe, because it is so perfectly tragic. These people are contemporary gladiators with their finely-honed skills and beautiful bodies. Maybe we like the idea of them being dethroned. It is, after all, us who drive the demand for press interviews and paparazzi photographs.

Former Australian hockey player, Ashleigh Nelson is the sort of role model our kids need. She openly tells the story of her own mood and feeling of anxiety and her year in the sporting wilderness. She tells it openly, professionally and often for the suicide-prevention charity, R U OK?  R U OK?’s aim is to start life-changing conversations to create a more connected world.

Ashleigh grew up in the small country town of Wagin. She started playing hockey at age 5. By 14, she was playing at an elite level. For high school, Ashleigh went to boarding school at Santa Maria College in Perth, where she was successful and popular. In 2004 she was Head Girl of the College. She was selected in the Australian women’s hockey team, the Hockeyroos, in 2007. The sky was the limit.

Ashleigh was always a happy, outgoing person but the pressure of being part of an Australian team weighed heavily on her. She compared herself to others negatively and socially she didn’t fit into the team the way she expected to. Her self-esteem dropped and with it her performances became inconsistent. She was not selected for the 2008 Beijing Olympics, which came as a huge blow.

“When I wasn’t selected to be part of the Olympic team, I lost the one thing that, at the time, defined me as a person. As a result, my mental wellbeing and health suffered. I was never diagnosed with depression but it was one of the most unnerving, confusing and stressful periods of my life.”

Eventually, Ashleigh’s mother began the confronting conversation that saved her. They were driving home from an event together and her mum pulled over the car and looked Ashleigh in the eye. She asked, “You haven’t been yourself lately, are you okay? And she wouldn’t be fobbed off.

After that wake-up call, Ashleigh decided that she needed to take a break from hockey and discover who she was outside of the game. She needed an identity that wasn’t purely tied to her success in the sport. She also took a break from her studies in Occupational Therapy and went travelling. It was a good decision.

During that year she had fun and adventure. She also found her passion again. She decided she did want to pursue her hockey career. However, this time she would also begin the process of building a life beyond hockey. She returned to university, worked casually as a carer and she began public speaking. From there she went on to play over 200 games for the Hockeyroos over ten years. She became a household name in Australia.

In 2014, one of Ashleigh’s teammates invited her to be involved with R U OK?, an organisation focused on mental health and particularly suicide prevention. Having been through her own struggles, Ashleigh embraced the opportunity. Ever since, she has been sharing her story.

One of the problems for athletes retiring from professional sport is that they often don’t know exactly when or how that will happen. Ashleigh’s last game came in 2016 with a knee injury. However, for her it wasn’t the shock it can be for others. She was deeply entrenched in R U OK? and she was a qualified occupational therapist. She was disappointed, but she had passions beyond hockey.

These days Ashleigh works as an occupational therapist in a hospital three days a week. Outside of that she travels around Western Australia speaking for R U OK?. She also works in the media. Earlier this year she was a hockey commentator at the Commonwealth Games on the Gold Coast.

It’s a busy life. She says it doesn’t have the adrenaline rush of winning medals, but it doesn’t have the lows either. She is now following passions that she can enjoy for a long time. She enjoys her family, travelling and equally, being at home. Recently Ashleigh became a civil marriage celebrant, a role that means she is often surrounded by joy.

Her message for young people is to “remind yourself of the things you are outside of school. We need to have different passions and we need to recognise the good things about ourselves.”

Ashleigh says that “50% of people will suffer from mental health issues at some stage in their lives. We need each other. You never know when asking a friend a simple question can make a huge difference.” And when we ask that question, we need to listen really carefully for the answer. When someone tells us that they are fine, but they clearly aren’t, we need to call that out. Sometimes it is hard to be the person you need to be, but it is important.

Being a poster girl for depression and suicide is probably not what Ashleigh Nelson had in mind at age 14 when she started playing sport at an elite level. However, it is where she will make her greatest mark. She, and those who choose to work with her, are the role models our kids need.