“Every opportunity comes from a problem”

It’s often going through times of adversity and extreme hardship that causes a person to come out the other side with strength. Not until after we have had these experiences do we see the purpose they play, in shaping who we are.

Many Old Girls have described the early days at Santa Maria as being strict and challenging. The nuns were brutal. However, these girls still managed to look for the good in their situations. For Barbara Edwards (nee Stephens) it was the same. Barbara attended boarding school when the College first opened. At this time Barbara was only 5 years of age, the youngest boarding student. Shirley, her sister was 7 years older and the pair were rarely allowed to see each other. The age gap between her and her siblings was large, and her three older brothers were sent away to fight in the war.

Still a child, Barbara felt as though she was being abandoned by her family, and felt no love. She came to such a foreign place not knowing much about who she was or the world around her. At times Barbara felt no direction in life. She still has many memories of her time at the College. She remembers knitting and reading in class, which lead to her receiving black marks next to her name. Barbara was a talented sportswoman and enjoyed running and swimming. She recalls the days when the pool turned green as it had not been cleaned, resulting in girls getting sick. During her time at the College Barbara was taught by the likes of Sister Mary Conciili and Sister Bertram.

After leaving school at 16 years of age she pursued many different careers. She completed a business course, worked as a secretary, sewed to earn money and eventually completed a Social Work degree. Barbara married Tom at age 20, and they went on to have three children. One, whom passed away after only three days, which made Barbara even more grateful to focus on her blessings and what she did have in her life. The couple loved playing sports, with Barbara still pursuing her fondness for badminton and tennis. Tom worked for the Airforce, until he passed away one night after a game of cricket on a hot day. A freak accident. When the cricket ball hit his leg it caused a blood clot which resulted in Tom not waking up from his sleep that night.

Going through so many hardships and struggles in her life, you would think Barbara would still hold onto bitter memories. It would make some people give up, but not Barbara. With such a strong love for life, and by continuing to learn, Barbara’s mind is mentally as strong as ever.

Barbara’s life was filled with emotional ups and downs, a rollercoaster to say the least. She believes in turning negatives into positives. “Leave out the ‘I should’, ‘if only’ and ‘I can’t’, the making excuses”. Barbara acknowledges that her course in rebirthing helped her let go of the negative past she endured. “Everything bad happens in the past” but you learn and step forward from these times.

Barbara is such an empowered lady, and by going through the worst of situations has come out even stronger. Even now her lease on life is profound, she doesn’t give up or feel sorry for herself. Positivity and resilience radiates from Barbara, with her enthusiastic outlook on life is infectious.

Barbara’s advice to her teenage self:

“You’ve got to learn to love yourself first”. 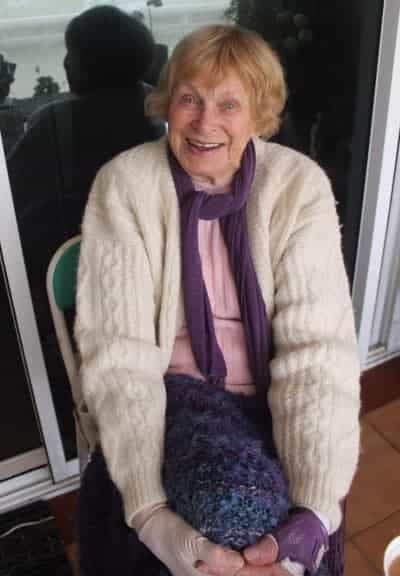