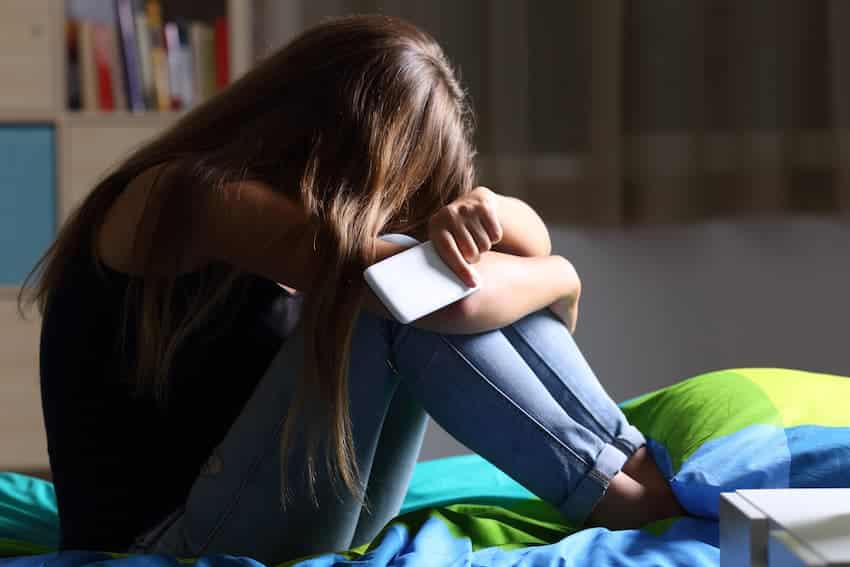 How can our daughters be so connected, and yet often feel so utterly, utterly alone?

That irony surfaced in the research of my book Being 14: Helping fierce teens become awesome women.

Interviews with almost 200 of them showed they were permanently connected, living in a world of touch screen and wifi, of devices and apps, of television on demand, music in the pocket, and instant gratification. And that was what they saw as the divider between their generation, and that of their parents.

Respected social researcher Mark McCrindle refers to our teens as the “up-agers’’ because they are older, younger. Technology empowers them in education, communication, and can even boost their levels of safety.

But the downside is just as big. With everything in the now, our teens have had so many pleasures we enjoyed as adolescents stolen from them. The sense of anticipation in waiting for a photograph to develop. The hardship of mastering a particularly tricky piece of music, or reaching a time goal in the pool. A sense of boredom, which taught us to both think and understand the importance of a quiet mind.

From my research, there is no doubt that technology – and how it is used – is pushing our children into a world of bullying and social exclusion, where the power of group-friendships and celebrity reigns, and where 24-hour connectivity is ruling their lives, dominating their sleep patterns and academic results, determining their opinions, and even more important – how they see themselves as young women.

Our girls know that, but would rather the heartache delivered by the latest phone than having it taken off them. Repeatedly, they told me about the loneliness of not fitting in, the lure of joining the bullies so that no-one turned on them, the heartache of opening their phone to find they had become the target of someone else, and how friends so quickly became tormentors.

Helene Hardy, a school-based youth health nurse, told me she advises girls to block bullies, and have downtime. “You mean turn my phone off?’’ they ask incredulously. It’s their company and their lifeline, even on the worst days.

When we were that age, arguments and the anxiety inside the school grounds didn’t follow us home. That was a sanctuary. We could shut it out. Not anymore, because social media follows our girls home now, straight into their bedrooms, where whatever is happening inside the school grounds can escalate, and travel well into the night. Girls explain being totally isolated, while being totally connected, as if there is not an option.

It’s easy for us as parents to blame the device, but it’s just the means of delivery. What I’ve found, as a mother more than a journalist writing this book, is that our daughters want us to intervene. One 14-year-old even told me she wanted her mother to ban her from having the phone in her room overnight. Why wouldn’t she just remove it? She wasn’t going to be silly enough to suggest that, she told me.

Our girls want us to still make the rules. They’re just not sure how to ask.

After speaking to almost 200 girls, along with dozens of school principals, school counsellors, parenting experts, school nurses, police, CEOs and parenting groups, I think we should hold our breath, and ensure our girls don’t have a mobile in their room overnight.

And in return, we should do something our girls desperately want of us: to stop, and not just listen to them, but really hear what they might be trying to tell us.

It might be that first step in lessening the loneliness that is now engulfing so many of them.

Madonna King is one of Australia’s most accomplished journalists, having worked at senior levels of NewsCorp and the ABC (where Madonna presented the MORNINGS program in Brisbane for six years). Madonna writes for Fairfax’s GOOD WEEKEND, writes a highly successful weekly column for the BRISBANE TIMES and has a regular radio spot on Brisbane’s 4BC. She has written six books, all defined by her skilful reporting and her ability to get people to talk in depth. Madonna is also a parent of two girls who are fast approaching the magic age of 14. With her personal and professional contacts, built up over 30 years, Madonna has tapped into a rich network to find the voices that make this book important – most critically, 14-year-old girls.