Why Are Girls’ Schools So Awesome?

Last night one of my friends rang and asked for my opinion on where her daughter should go to high school. It makes sense; you ask a mechanic about a car, so ask an educator about a school. However, she added, “I want to know what is the best option for a girl in this day and age”.

Obviously, there are dozens of factors in choosing a school, like your child’s temperament, interests and abilities.  There’s also a school’s cost, culture and location. However, gender matters. For your daughter, do you choose an all girls’ or co-education school?

I love girls’ schools because they are aspirational. They focus on teaching girls what they can achieve in the world and the difference they can make. Contrary to expectation, they are noisy places. There is a tone, a volume and a pitch that speaks to self-confidence and exuberance. It is a noise that can do your head in as a teacher, but it is a noise I like. It sounds like girls becoming women with something to say and the confidence to choose a life they’ll love.

Mrs Jennifer Oaten is the principal of Santa Maria College in Western Australia. It is a girls’ school, however, she has also spent a lot of her career in co-education schools. Having experienced both, Mrs Oaten is a strong supporter of all-girls education.

She acknowledges that you should only choose a school based on the needs of your child. No school can be all things to all people. That said, Mrs Oaten believes that girls’ schools do some things exceptionally well.

Mrs Oaten believes that girls are more comfortable being perceived as ‘academic’ in the absence of boys. In fact, girls’ schools tend towards a culture where academic achievement is highly valued by students.  She also believes girls take greater learning risks in the absence of boys. They are more inclined to ask questions and be creative in their thinking without the scrutiny of boys. Therefore, they thrive.

There are no two ways about it, girls’ schools do very, very well academically.  A 2017 study of Year 3, 5 and 7 numeracy and literacy (NAPLAN) data by the Australian Council for Educational Research (ACER) found that even when socio-economic status was taken into account, Year 7 girls at single-sex schools were 4.2 terms ahead of co-ed students in reading and 2.8 terms ahead in mathematics (Dix, 2017).

The subjects girls choose in all-girls schools are also worthy of notice. They are 85% more likely to take advanced mathematics than girls in co-ed schools and 79% more likely to study chemistry. (Forgasz & Leder 2017)

In a co-educational class, boys receive up to eight times as much teacher time as girls. Eight times! Girls are called on less often, they are chosen for demonstrations less often and they are asked their opinion less often. When teachers ask boys questions, they give them a longer wait time than they do for girls. There are also greater numbers of behavioural issues among boys that absorb teacher focus and time.  Unfortunately, there is a common belief that the gender battle has been won, hence there is little attention paid to this discrimination in our education systems.

The welfare concerns of a girls’ school are the concerns of girls. Gender is considered in the planning of both academic and wellbeing programs. Friendship issues, body image and resilience are all issues that apply to boys and girls, however, in a girls’ school they can be tailored and delivered with a focus on girls.

This female focus is also evident in the service events that are celebrated by a girls’ school. Santa Maria College includes in its calendar: Girls4Girls Day dedicated to education for girls worldwide, Purple Bra Day raising money for breast cancer research, and International Women’s Day.

A 2016 study from Bristol University stated that single-sex schools for girls encourage “improved self-esteem, psychological and social wellbeing in adolescent girls” (p. 112). The same study found that girls in co-educational schools suffer lower self-esteem and greater pressure to be thin.

Generally, girls’ schools are led by women. There is daily role modelling by clever, capable women in positions of influence. It is normalised for girls to the point where it isn’t even noticed. When Australia swore in its first female prime minister I was shocked at the Santa Maria girls’ reaction. There was no reaction! They saw it as expected and perfectly normal.

The opportunity for student leadership positions is doubled for girls in a single-sex school. In a co-educational school, there is generally an equal division of leadership positions between girls and boys, regardless of suitability for the roles. In a girls’ school kids aren’t locked out of half of the positions because of their gender. They are chosen purely on ability.

Mrs Oaten believes student leadership opportunities and female role models start girls on a trajectory of leadership expectation. It becomes an expectation that they can and should apply for leadership positions throughout life. 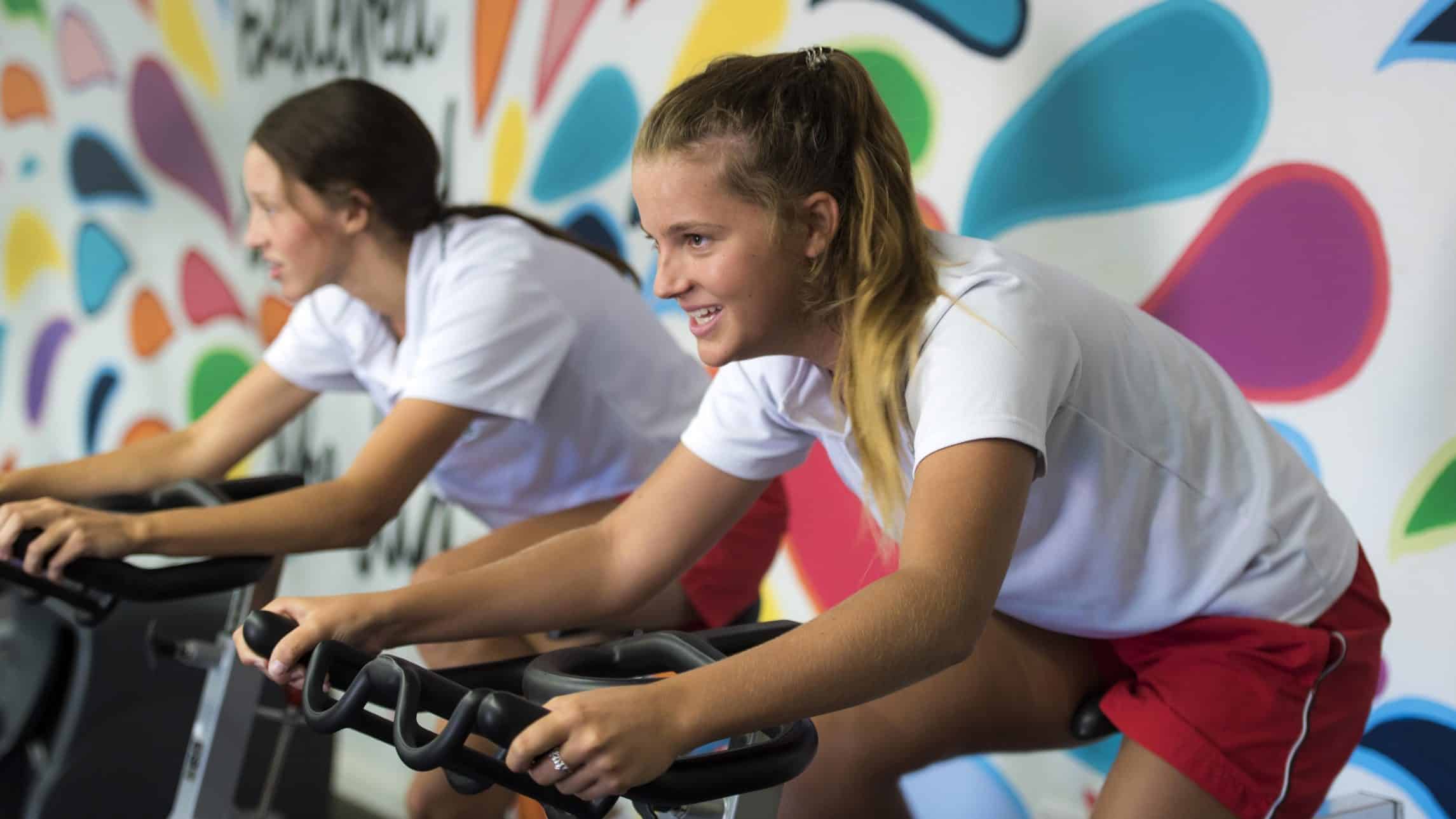 Girls are more likely to participate in sport and exercise in girls’ schools. One of society’s most frustrating problems in developing female health is that teenage girls quit playing sport at an early age. They also limit which sporting activities they will participate in.

So back to last night’s phone call. What sort of education is best for a girl in this day and age? The best kind is the one you choose specifically for the needs and passions of your child. It’s the education you support whole-heartedly once the decision has been made. If that girl noise that speaks of confidence and exuberance is reflective of your aspirations for your daughter, then all-girls education is your answer.