On Friday 23 February Old Girl Meg Huston spoke to the Year 12 Literature students about how to prepare for their upcoming exams.
Here is what some of the girls had to say:
“The advice that Meg gave the Year 12 Literature students today was invaluable, and will no doubt prove helpful throughout this year. She provided us with excellent exam techniques, as well as ways to stay organised throughout the year, in preparation for our final exams.”  Monique Moro
“Meg Huston gave the Year 12 Literature students a very valuable talk on Friday about many helpful tips that she found useful and most effective when preparing and studying for Literature, as well as general advice on Year 12 and preparing for examinations.”  Italia Martelli
“Meg’s advice was very valuable and will definitely be taken on board throughout Literature this year. Hearing about her study habits, tips for improvement and overall experience of the course was very interesting and beneficial.”  Sara Cunningham

Sarah Brims (class of 2008) told us what she had been up to since graduating from Santa Maria College.

“Since graduating from Curtin University in Film & TV I have carved a career in film production. Highlights have included being a finalist in various screenplay competitions and travelling to LA last year for a short film I wrote and produced which premiered at TCL Chinese Theatres as an official selection of Screamfest Film Festival. I have spent the past two years in Sydney working as a production coordinator for visual effects and animation for feature films including ‘Guardians of the Galaxy Vol 2’ and ‘Alien: Covenant’. I will be travelling to London in April for my next role as production coordinator for MPC, an Oscar winning VFX company. ” 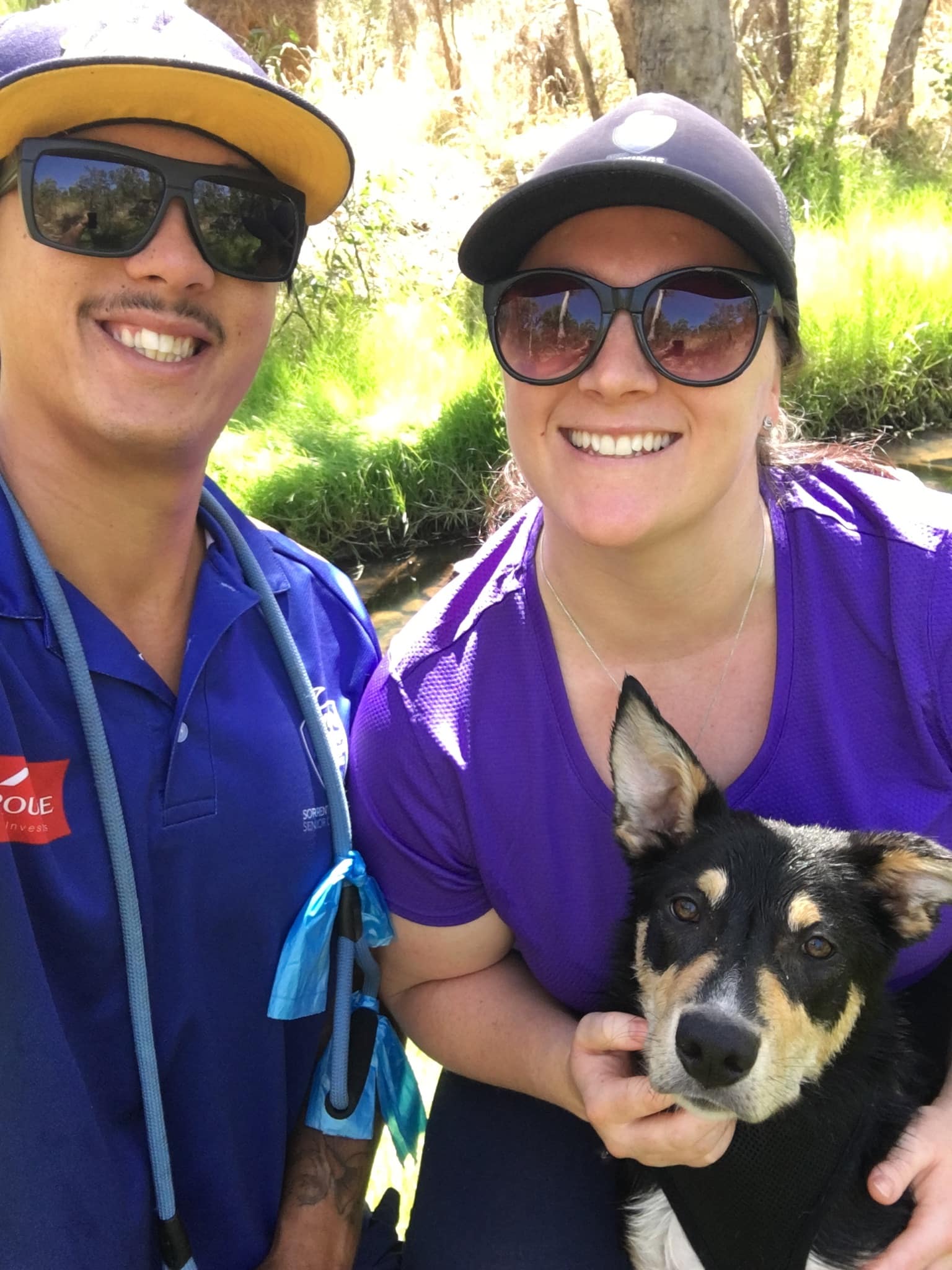 “I’m a Remedial Massage Therapist and have been working at a clinic called Sportreat for the past 4 years. Right now I’m into my 3rd season with the West Coast Eagles and I’m starting my own mobile massage business.

I got engaged at Easter last year and we are getting married in October this year, we also decided to build a house.
A busy and exciting time coming up!”
In the photo featured above is her fiancé Vin and their dog Winston.