Blast From The Past

Q: Did you ever get told off?

A: Yes, I did get told off.  Not for anything major though. I got told off for having a fringe, having a pony tail, having my skirt too high, not paying attention, sleeping in class, but nothing really terrible.

Q: What happened when you got told off?

A: Usually, it was enough for them to say that they weren’t happy with the way we were behaving. I think if you did something really bad you got sent to the head mistress.

Q: Were you involved in any groups or clubs?

A: There weren’t any organised groups but I did music. The school was strong in music and performance. That was something I really, really enjoyed. Every year we would put on a performance. The only problem was that we were all girls, and the girls had to play all the male parts too.

Q: Did you have any passions at school?

A: Yes, I like speech. I really enjoyed it.  I liked the performances but I also liked doing exams. I went up as far as I could at school.

Q: Did you go on any tours at Santa?

A: No, no there was no such thing as tours and there were only really excursions. Occasionally, we might have gone into town to see a selected movie about a saint or a church. I did geology. I really enjoyed going to some of the quarries to collect rocks. That was a highlight.

Q: Do you have any funny stories?

A: A lot of funny things happened but they weren’t funny at the time! Like the pony tail incidents and the rules for the school dance. Now, I can think they are funny but I didn’t think so back then.

Q: How many people were in your year group?

A: I don’t really know but I know it was small. At least a third of the group dropped out after age 14 or 15. The opportunities and expectations for girls were much less then.  The expectations would be you would work for a few years, then get married and that would be it.  I got married at 23. By today’s standards, it is very young but it was considered quite old.

A: Yes, some of them did. It was common for a lot of girls to announce their marriage at their 21st birthday party.

Q: What was your favourite year at school?

Q: Did you have any Houses at school? Factions?

A: Yes, we did but I can only remember the one I was in and that was called Mercian. Our colour was white. We had a white sash you would wear around your green sports tunic. Our Houses were mainly for sport.

Q: Did many girls board at school?

A: Yes, there were more boarders than day girls.

Q: How long was a school day?

Q: Did you go to school on Saturdays?

A: No, I didn’t. Other girls may have, if they were doing a different subject or had extra classes.

Q: Did you have any siblings at SMC?
A: Yes, I had two sisters who came here after me. And three brothers who went to Aquinas.

Q: Did you go to university?

A: Yes, I did. I went to Melbourne and studied speech pathology.

Below is a photo from this occasion where Year 9 students were able to interview Old Girls and learn about the past. 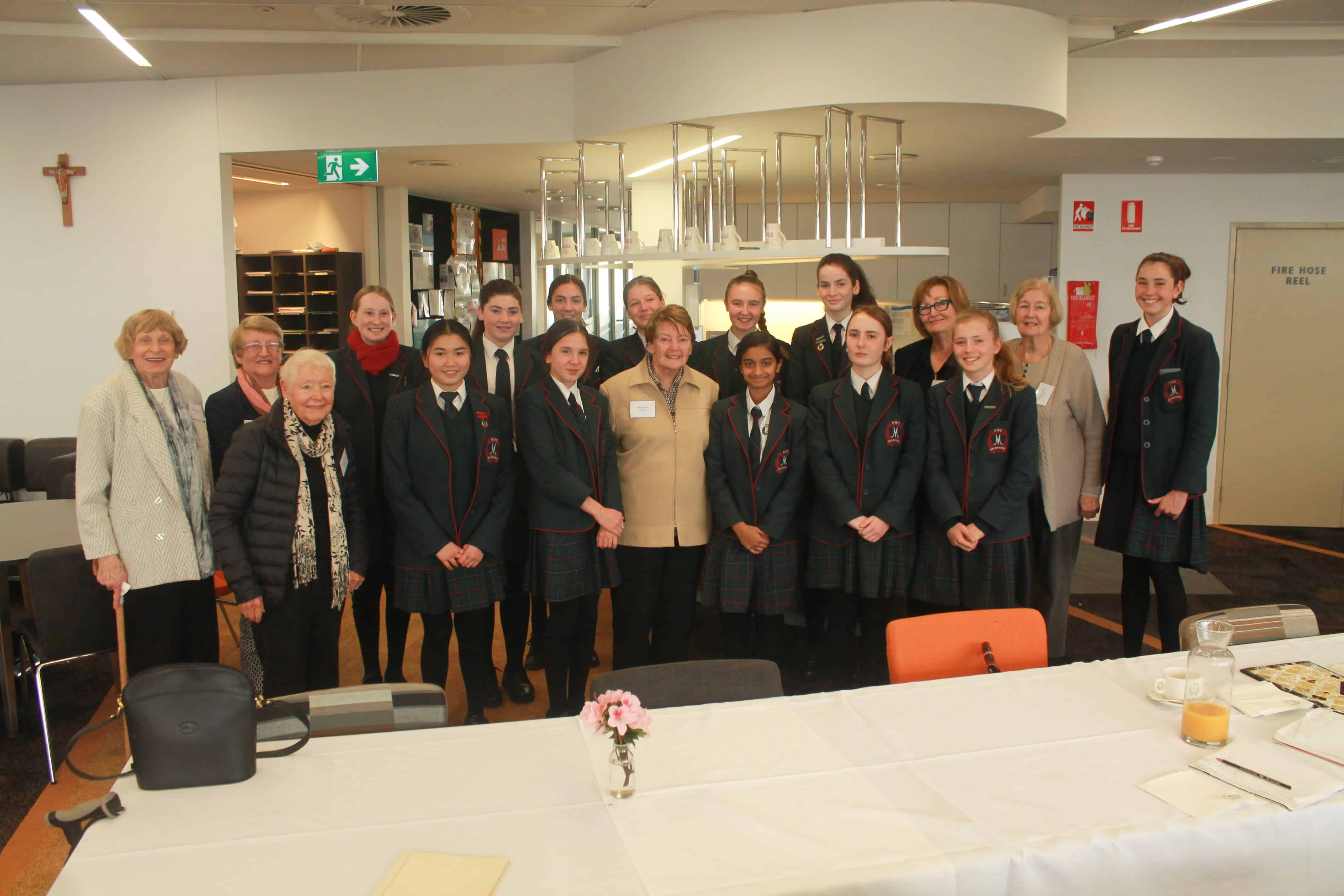