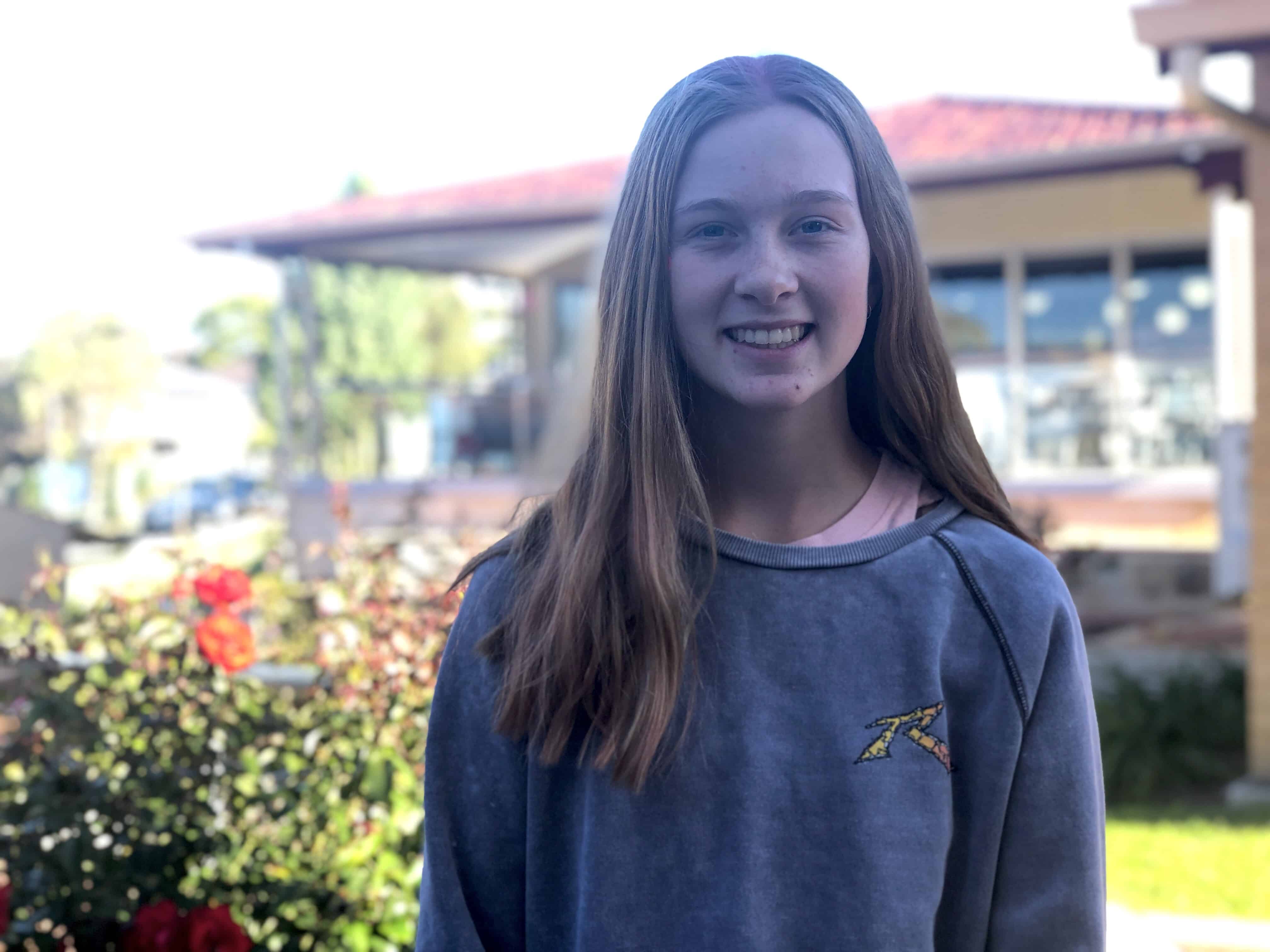 As part of National Boarding Week, we wanted to find out a bit more about our Head Boarder, Amy Treasure.

Tell us a little about where you are from?
I am from Wandering, which is about halfway between Perth and Narrogin and we like to think we’re the coldest place in WA.

What do you miss most about home?
Probably being able to relax. Boarding can get pretty chaotic throughout the year with so much going on and going home just means I can chill and take a breather. Especially being with all my pets, including my pet cow and sheep, Clive and Polly.

What do you love about boarding?
The girls that I live with, and the fact that we have been through a lot in the past few years which has definitely made us closer as a Year group, so now I am proud even though it’s a bit cheesy to call those girls my sisters. Boarding also offers so many opportunities that I definitely wouldn’t have had if I wasn’t here, so I am very appreciative.

What is one piece of advice you would give to a new boarder?
To make the most of it, there is so much on offer at Santa, and being a boarder definitely makes being involved sometimes a lot easier. So even though sometimes it might mean stepping out of your comfort zone, just do it.

In your role as Head Boarder, what would you like to accomplish this year?
I would like to achieve a positive mentality in boarding and to ensure that every boarder feels welcomed, encouraged to try new things and is enthusiastic to be involved. Also, to make boarding a bigger presence up at the College, which will hopefully happen through events that have been planned for later in the year.