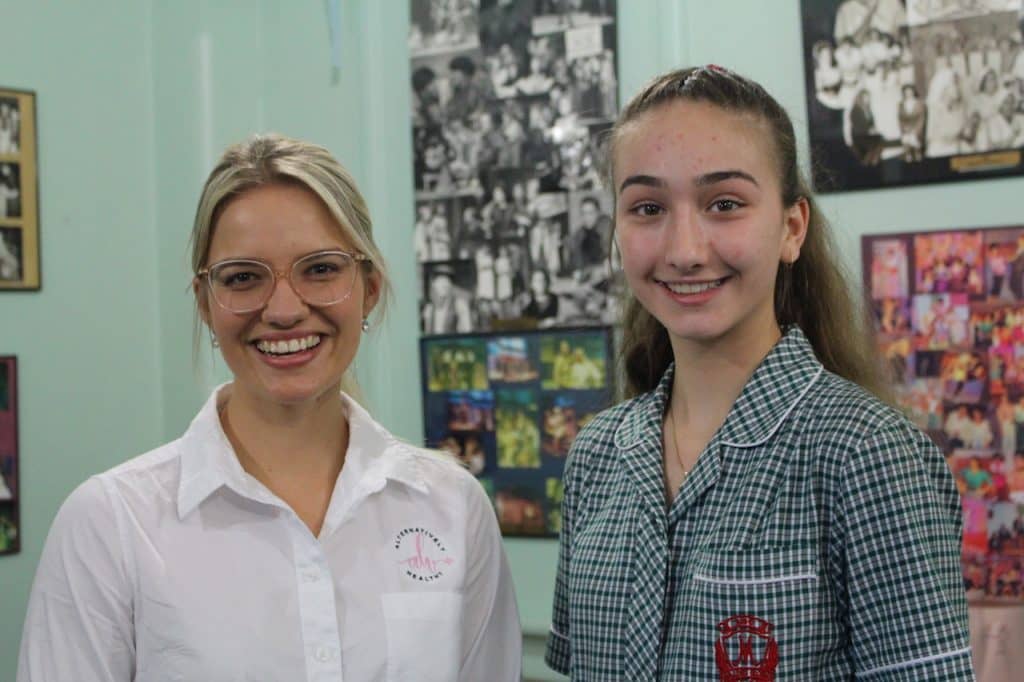 Looking great on the outside isn’t necessarily the same as being healthy and happy on the inside. That was the message for our Year 9s today from guest speaker Asha Holland from Alternatively Healthy.

Asha studied as an exercise scientist at UWA. Even knowing all about the human body, exercise and diet, she still went against everything she knew to do bodybuilding and create the ‘perfect’ body. She says she was strongly influenced by Instagram and the image portrayed by the social influencers she followed. She thought that if she had ‘the magical body she would have a magical life’.

Not surprisingly, Asha’s physical transformation didn’t change her happiness levels. After winning awards and competitions, her life was actually worse. After each competition, she had to see specialists to assess how much damage she had done to her body. Her turning point was when her doctor told her that she was doing so much damage, by over exercising and starving herself, that if she continued she would not be able to have children.

Since then Asha has dedicated herself to healing her body and teaching herself to be mindful and grateful. She says that is the key to her new sense of contentment.