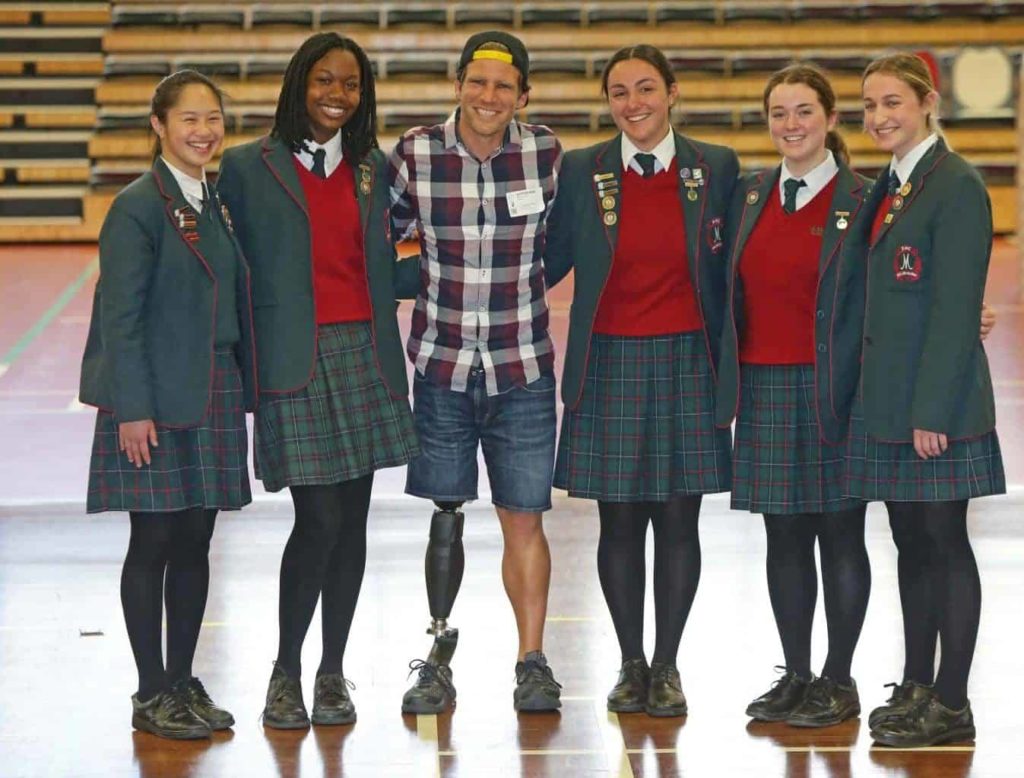 By anybody’s standards, Brant Garvey is inspirational. He was born missing his right leg from above the knee. However, his ‘No Excuses’ approach to life has enabled him to reach international heights in swimming, basketball, triathlon and most recently, the ironman event.

Today Garvey spoke to the entire student community at Santa Maria College as part of our Diversity themed assembly. His message was ‘No excuses’. He reminded students that “a disability stops you doing a limited amount, but we always need to see the opportunity and the ability.”

Garvey says, “From a young age, I was told that I would never be able to run or achieve my dreams of athletic glory because I was born missing my right leg above the knee. For a long time, I accepted this excuse, and by the time I was 28 years old I found myself just coasting through life, bored and uninspired.” 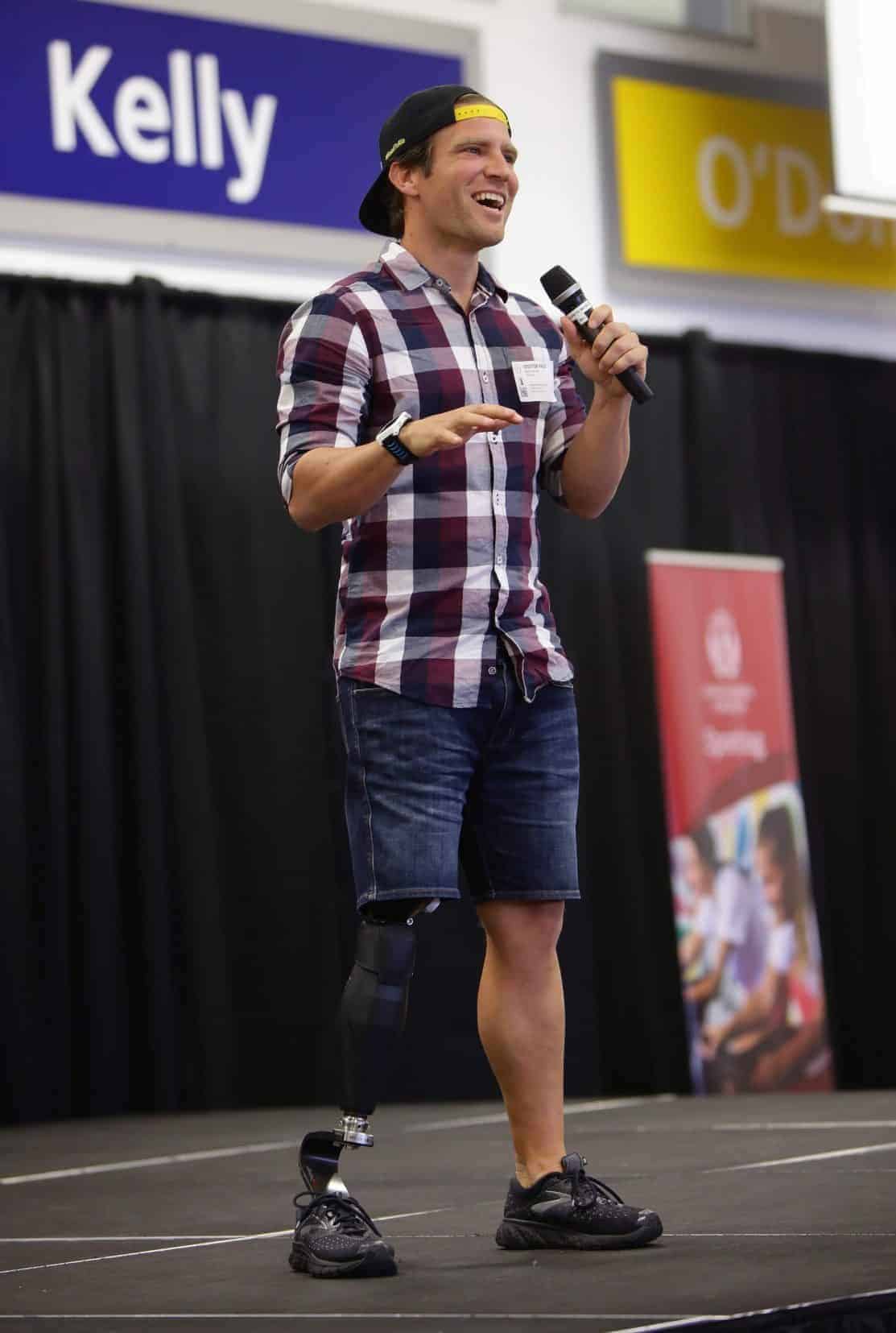 However, his sister’s ten-year battle with cancer woke Garvey out of his apathy and he decided he had coasted for long enough. So, in 2013, at 28 he “embraced the impossible” and learnt to run. He was unsuccessful at first, and he fell often. However, he persevered. He set himself the task of completing the 12 km division of the Perth City to Surf.

Garvey finished the race in an hour and a half, bloodied and bruised. The part that pleased him most was the impact it had on other people. As he ran past people walking, he heard them whisper, “Now we have to run if the one-legged bloke is running!” He realised that he had the opportunity to offer people a new perspective.

Spurred on by his success, Garvey set himself a new goal. Eight weeks later he would be the first above-the-knee amputee to complete an ironman event. That’s a 3.8 km swim, 180 km ride and a 42 km run. He did it in world record time.

Since 2013, Brant Garvey has competed in international events around the world. He was a champion at the Oceania Paratriathlon and the National Paratriathlon four years in a row. He has been a world champion and he reached the pinnacle of his sporting career when he took part in the Rio Paralympics in 2016.

With his business No Xcuses Garvey travels around the world speaking and inspiring others. He is charismatic and understands that it is awareness and education that will make us a more inclusive society.

Garvey is now training for the Kona Ironman in 2020, the most difficult race in the world. First though, he is returning to the event where it all started. On Sunday he will run in the Perth City to Surf, and again, a lot of able-bodied Australians will whisper, “There really are no excuses!”