“Cheerleading is not just a sport where you train and compete together, it’s like a family.”

The hard work and dedication of our cheerleaders paid off last weekend when three Santa Maria teams competed at the Australian All Star Cheerleading Federation (AASCF) State Championships at HBF Stadium. These teams were comprised of 57 girls across Years 7 – 12.

Our first team to compete was our Level 2 group stunt, which involved four girls who performed a stunt routine. This team not only won in their division, but received a very high score, which means they qualify for the national championships. A tremendous effort for a school team! On Saturday our Level 1 team, SMC Gravity and our Level 2 team, SMC Comets, both won their respective divisions. The girls have worked extremely hard since the beginning of the year to learn new skills and perform high-level routines. Although having large teams can be challenging, it also gave the girls an opportunity to build their team skills and achieve their goals together. 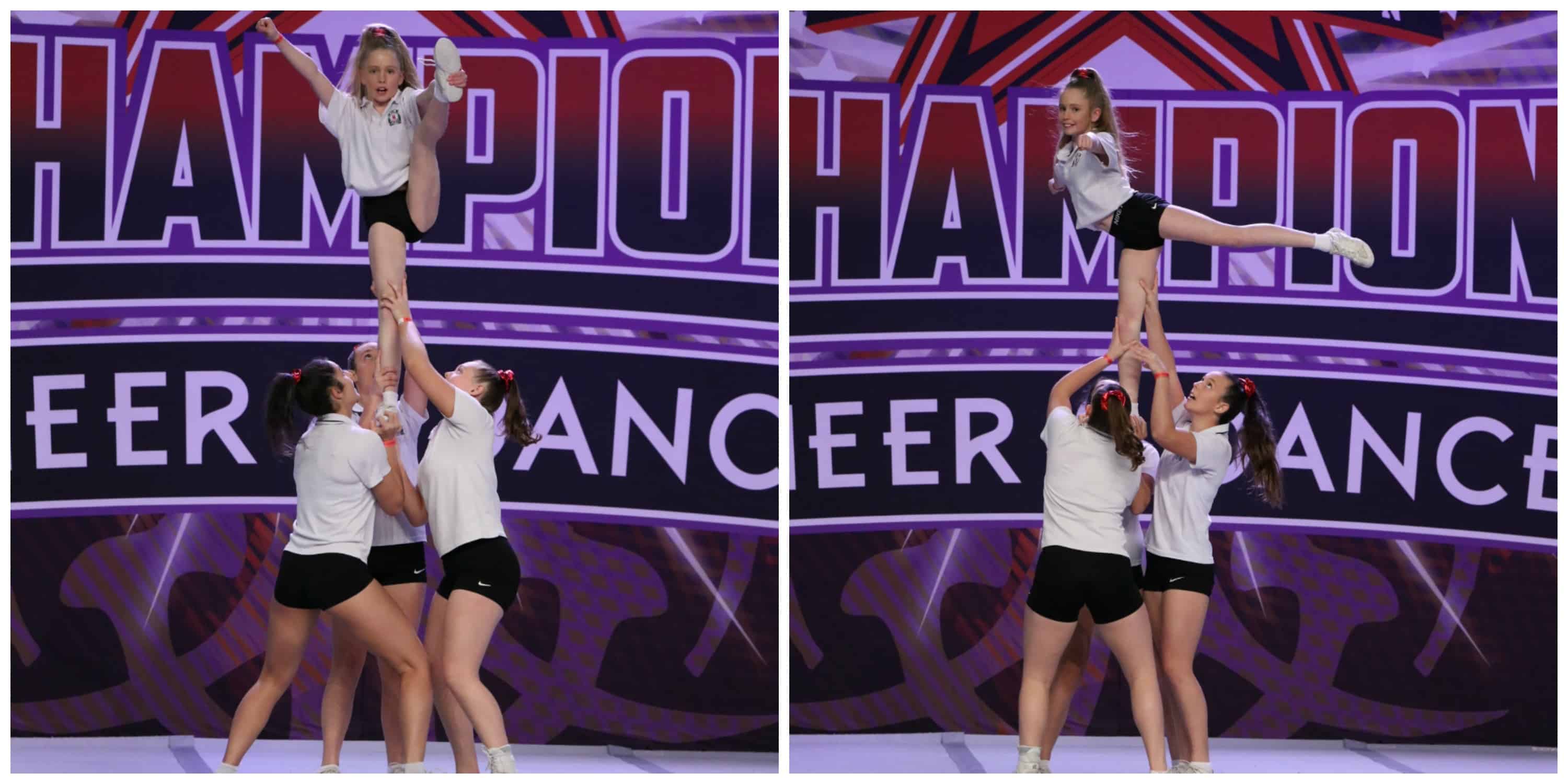 Cheerleading is a sport that heavily relies on teamwork and massive amounts of trust in others. Being a ‘backspot’, I am responsible for looking after the flyer in the air and catching her if she falls. There are always tough moments. For example, five minutes before we competed on Saturday, we were doing our final practice and three of the flyers fell out of their stunts, causing us all to get worried before we were going on stage. But through times like this, we always catch each other and keep trying. Before Santa Maria, I always thought that cheerleaders were just what is depicted in American movies, but in reality, it is nothing like that and the atmosphere at tournaments is something truly special to share with your team. Abigail Lennon, Year 11, SMC Gravity Cheerleading is not just a sport where you train and compete together, it’s like a family. You get to form new friendships with girls not only from your year group but also with other girls in the College. I love the relatable moments you get to share with your teammates. For example, during the week leading up to comp you can talk about the comp with your cheer sisters, lucky for me I have two in my Homeroom, so you can guarantee during comp week you will hear us talking about cheer together. Even after the comp, we can discuss the routine and all the exciting things that happened. The fact that you get to share these moments with the people that soon become your best friends is amazing.

​I loved walking out on to the floor with my team. Everyone is so pumped, but also really nervous. The energy when you and your team are performing your routine is incredible. I also love that feeling during the awards when your division is being announced and everyone on the team is holding hands and waiting to hear our team name called, hopefully in first place. The thrill and nerves its brings is a feeling like no other. Then you hear your name called. Lucky for us at this comp we did place first, everyone jumps up and there’s a lot of screaming and everyone is hugging each other. That first place means that you went on the floor and you performed a great routine and all our hard work at training paid off. Bianca Johnston, Year 10, SMC Comets