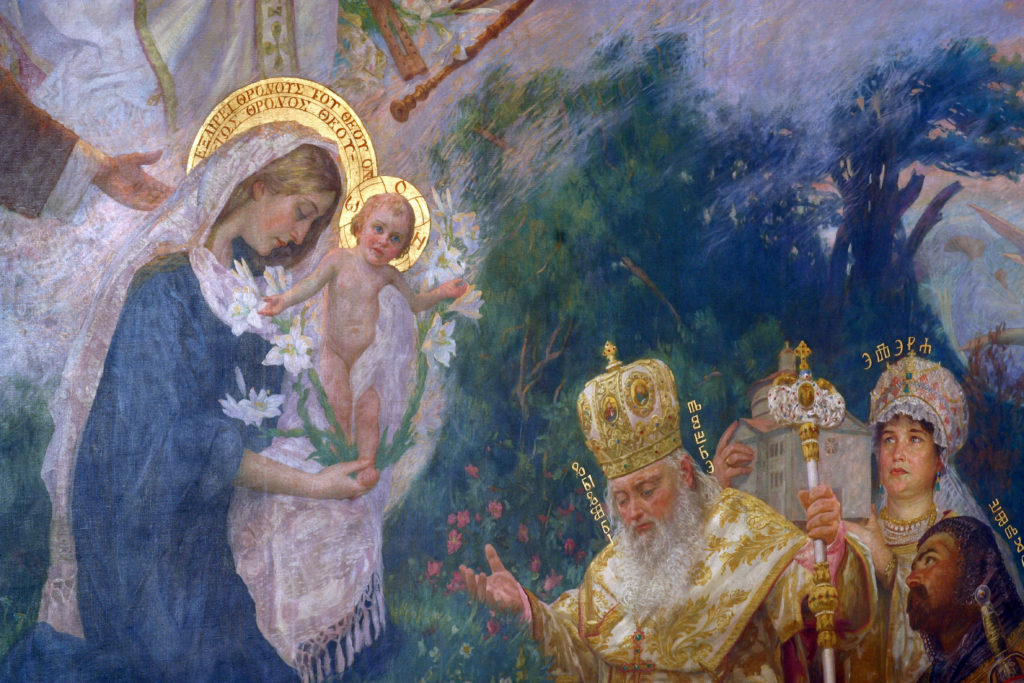 If you had to close your eyes and picture Christmas, what images come to mind? Maybe they’re of the family gathered around the Christmas tree opening gifts, or enjoying a game of cricket in the backyard after lunch. Whatever comes to mind, for most people the memories are pleasant, and we can’t wait for Christmas day. But have we ever considered what the birth of Jesus must have been like for Mary, the mother of the Christ child?

This year at the final College Mass, senior students unpacked the Gospel story, inviting us to consider the Christmas story from Mary’s perspective. 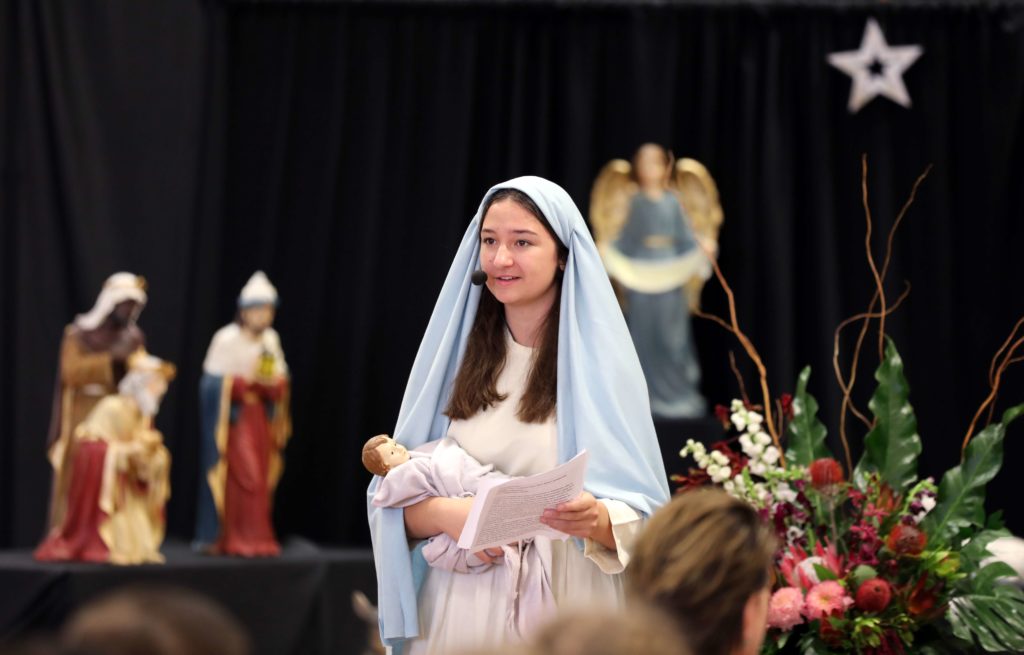 So how did Mary feel?

It’s hard not to be impressed by Mary’s response to the news that she would become the mother of the son of God. After all, she was just a teenager and a pregnancy outside of marriage would have caused a huge scandal for a woman at that time. In fact, Luke’s Gospel account of the Christmas narrative expresses exactly how fearful she was at this life-changing moment: “Do not be afraid Mary, for you have pleased God” (Luke:1:30).

But this is not the only fear she experienced. How would Joseph react at the news? What would everyone think of her?  But Mary was clearly no ordinary teenager.

After her initial response, Mary embraces her calling as the earthly mother of Jesus, a young woman who considers herself blessed.

But Mary’s story does not end there, and things don’t get any easier for her. Right at the end of her pregnancy she is required to travel from Nazareth to Bethlehem to fulfil the emperor’s decree. It is in a stable surrounded by animals where she delivers her baby. Yet, Mary is not bitter, nor is she angry with God, even when there is nowhere decent to have her baby. Instead, as she held her child in her arms, her heart was filled with joy.

What can we learn from Mary?

Maybe this year has not gone as planned and our lives have turned out very differently from what we expected. Possibly, we too have faced many unexpected and difficult circumstances. Perhaps there have been many things that have also troubled us. However, from the wonderful example of Mary, may we learn to embrace our challenges and find the courage to rejoice and be grateful for all we have, even in difficult times. May we also consider ourselves blessed despite our troubles, trusting in Jesus whose birth we will soon celebrate.

Have a happy and holy Christmas.