Sometimes the best way to make a point is to say nothing at all; silence speaks volumes. Our Social Justice Group agrees. During recess on Thursday, they participated in a Circle of Silence on the Terrace.

The Circles of Silence movement originated in Toulouse, France in 2007 among Franciscan groups in an effort to express solidarity with people seeking asylum and immigrants experiencing injustice and who were being silenced. At its essence, it involves participants standing in a circle of silence in a public space for some time reflecting on the experience of refugees and asylum seekers, and also raising awareness of the issue to the wider community.

Social Justice Group leaders, Hayley Roche and Isabella Robertson said, “We believe people seeking asylum should be treated compassionately and humanely, as we would want to be treated. We believe in a fast, efficient and fair process that enables people to rebuild their lives and thrive in the community. We are standing in silence to recognise the injustices faced by people caught up in Australia’s immigration detention system.”

At the conclusion of the event, Hayley and Isabella presented Sr Breda with monies raised this term by the Social Justice Group for her work teaching English language classes to refugees. 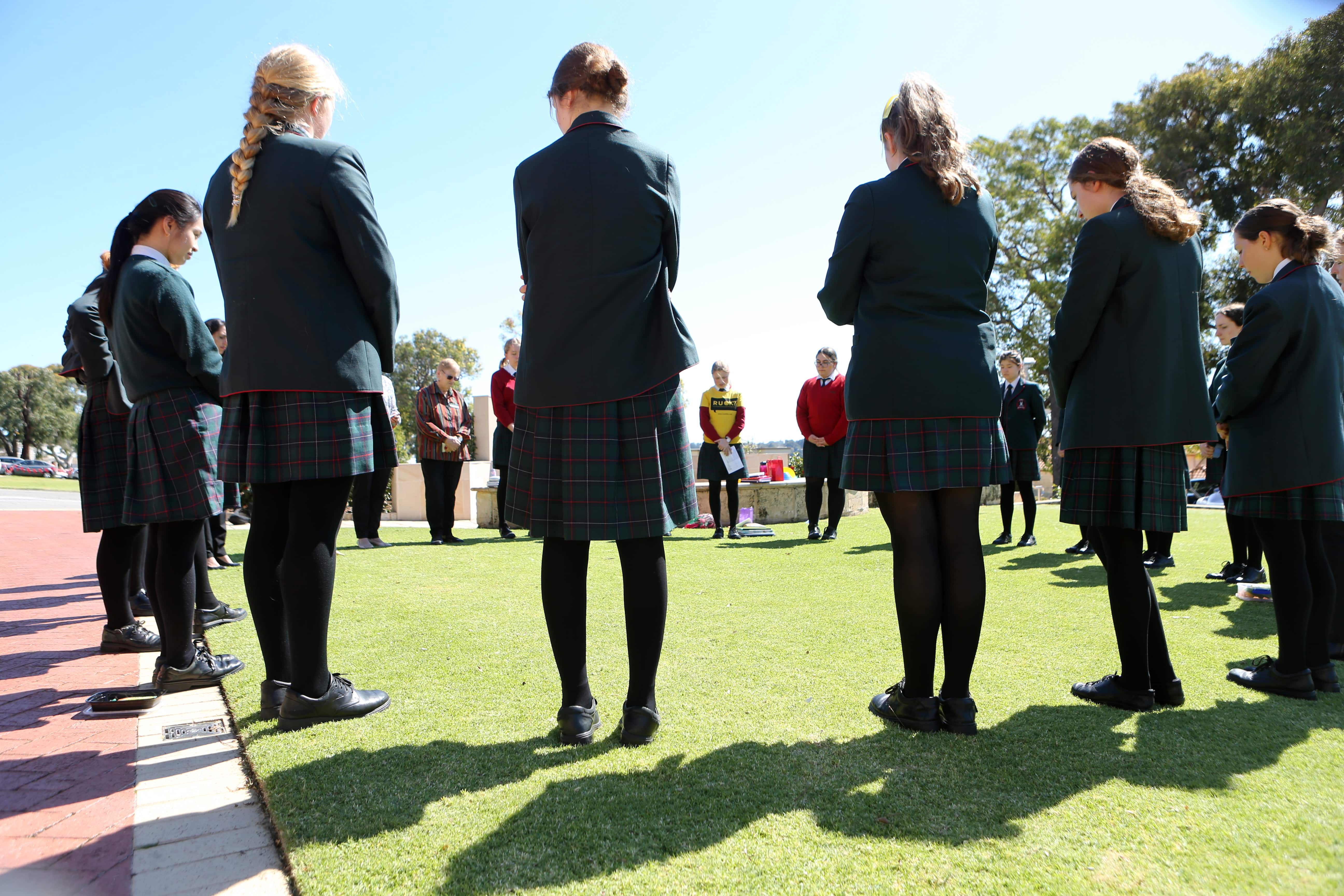