It is hard to believe that it was 50 years ago that we sat our final exams and said farewell to our school days. As 1968 Leavers we joined others, including past class members, and became SMC Old Girls. All those years ago we left the school behind but the memories remain – whatever our school experiences, they were an important base for the adult life we were embarking on.

Early this year we learned that we were being given the opportunity to get together and recall the memories of the time we had spent at SMC.  An item in the newspaper, lots of phone calls, emails, searches and lucky coincidences managed to get together over 30 of our classmates. While a lot of us live in the metro area, it was great to see the event also attracted some from country WA and further afield from New South Wales, Victoria and New Zealand.

There were those who, for a variety of reasons, were unable to join us, but they were in our thoughts and, at times, our conversations – maybe next time.  Sadly, there are also those who will never be able to join us but will always be a part of our memories – Robin McCaskill, Monica Dobson, Lorelle Cargeeg, Teresa Tunney, Christine Atkins and Noreen Mulcahy.

We met on the arched stairway, where one of the archive photos from over 50 years ago shows members of our group with Sister Martha. This time the setting was the same but the components were different – there was no Sister Martha, there were no school uniforms, grey hairs were in abundance and we needed to wear name tags.

Jacqui welcomed us on the marble staircase. The stairs were well remembered by boarders as this was where they first made their way to the boarding facilities. The bannisters, now painted a dark Green, were once a shiny silver and a very tempting slide.  From there it was through to the once forbidden area – the nun’s quarters  – which now house such things as a theatre and music rooms.

As we passed by the room where many of us had our first classes at Santa Maria we noticed that it was no longer filled with desks and students   –  some drastic changes had been made to make our classroom into a canteen.  Despite the change, close proximity to the room brought back memories of 1964 when it was where the much-loved Sister Mark guided her 68 students through their first high school year.

While making our way through ‘our school’ we discussed our past, our present and our plans for the future. We renewed old friendships and talked of absent friends. This reunion was a great experience but like our school days, it is now a memory.  There are, however, ideas of more frequent get-togethers – 10 years is a bit long especially when you are in your late 60s.

Occasions like this do not just occur – there are a number of people who make them possible. On behalf of those present, I extend a sincere thank you to those who instigated these events, to those who sought out class members, to the school and Principal Jennifer Oaten and to Jacqui and her team for making us feel welcome, reviving memories of our youth and for enabling us to see Santa Maria as it is today. 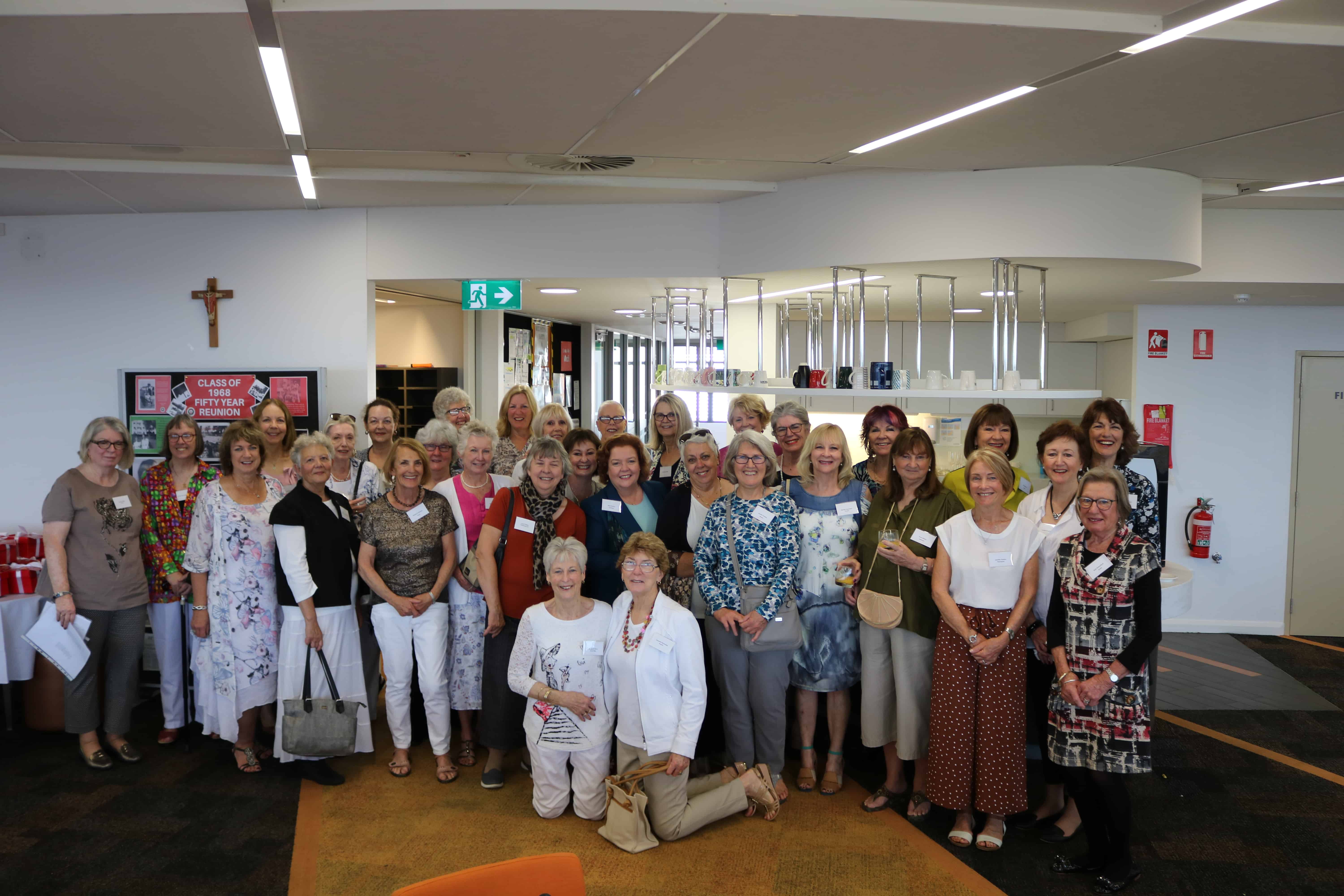