How Computer Science Can Encourage Girls to Persevere 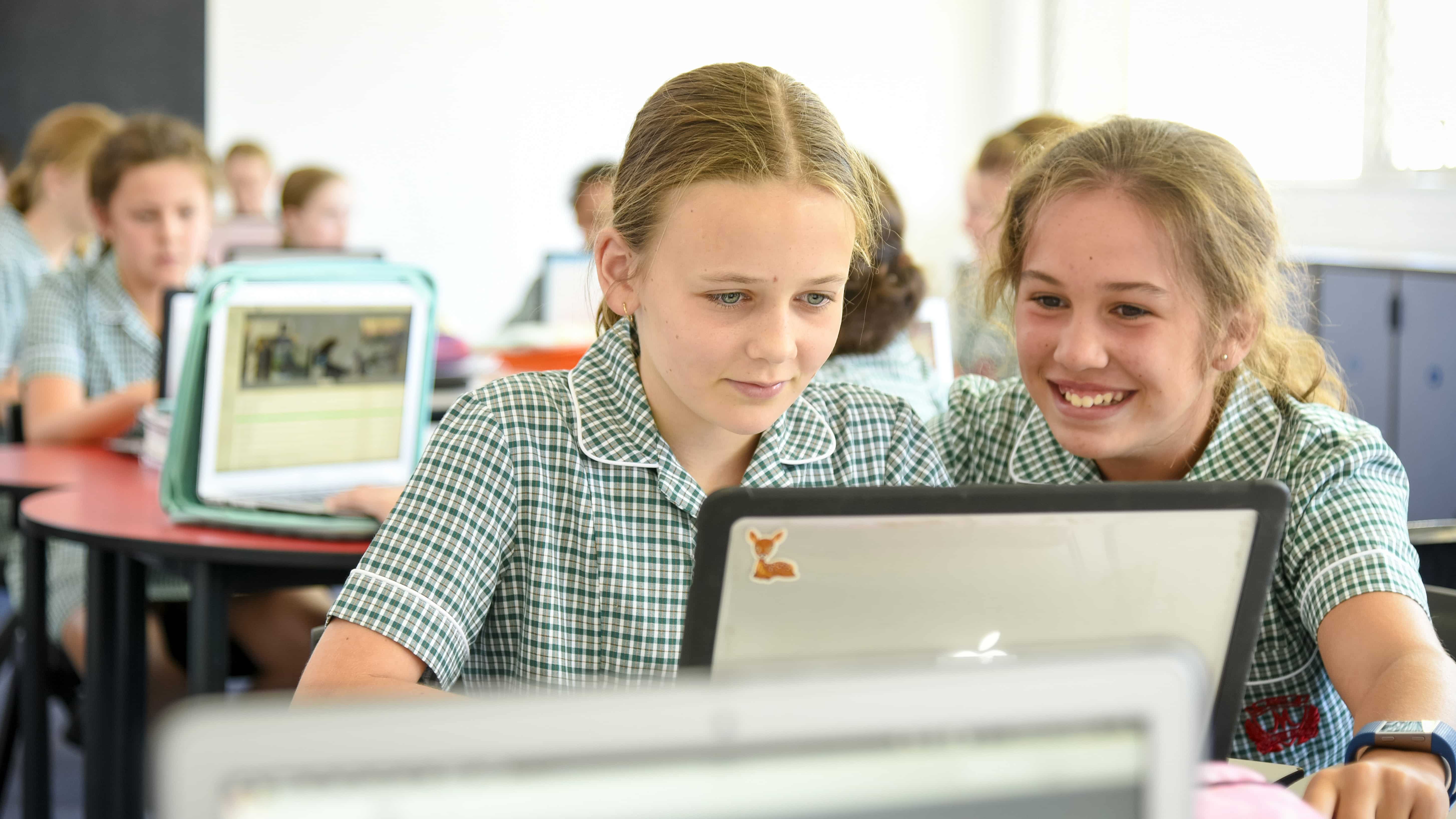 A student stopped me after class the other day to ask me a question. I could tell it was one of those questions that she had been musing on for a while.

‘I would like to study computer science at university. From my experience in Applied Information Technology, I think it would be very engaging and help me a get a job that is future-focused. However, my dad thinks I would be better off studying business or commerce. What can I say to him?’

My first gut reaction was to think, ‘Study whatever fires you up, allows you to make a difference, excites your imagination -’ but I thought carefully about her question. It was clear she was caught between two worlds – what she was interested in and what her family thought was best – but also between worlds of ‘traditional’ subject choices and something that was new. As she studied my face carefully for clues as to the path she ‘should’ take, I reflected on the opportunities that she had had to see how computer science makes a difference. And I smiled.

When I was 18, I found myself in Lecture One of a first-year university computer science subject called Fundamentals of Programming. While I had enjoyed computing classes at school, I had limited exposure to ‘real’ programming and was unsure if I was in the right building, let alone the right career path. The lecture hall was brown carpet with brown walls, and the lecturer was an older man whose stern gaze made me flinch.

As the other students filed in, I searched their faces for a friendly nod or acknowledgement, hoping someone would sit next to me. That is what happens when you move seven hours’ drive away from your hometown to go to uni; no-one knows you and you are desperate to make friends. As more people entered and the lecture commenced, I realised I was the only female in that room.

The boys confidently answered every question that was fired at us, machine-gun style, from the lecturer.

The seat next to me was still empty. No-one directed a question at me.

I could feel myself shrinking up; the sick sensation of being invisible. I didn’t hear a word of the lecture, and practically fled out of the door as soon as it was over.

I thought I was a failure and clearly unable to cope with the lofty goals I had set for myself. All week, I struggled with completing the set exercises. As next week’s lecture loomed, I debated if I would go back. I thought about how much I wanted to learn; how uncomfortable it felt. However, I took a deep breath, and went back. As the lecture started, it became easier to focus. My heart rate slowed, and I started to make connections. As the lecture went on and the content got more difficult, it was time to ask a question.

In the class, I noticed the difference between confidence and understanding. The boys were confident, even in the face of failure. They just shrugged it off and tackled it again. In contrast, I felt as though I was carrying the weight of all womankind on my shoulders. If I ask a question, they will think girls can’t do this! They will believe that girls don’t belong here! I knew that Ada Lovelace asked questions. I knew that Katherine Johnson asked questions… it would be okay.

All the eyes in the lecture room turned towards me as I asked the lecturer my question. “Can you please explain this with an example? I am not sure that I understand.” You could hear a pin drop.

The lecturer explained in a different way and I took notes. Later that day in the tutorial, those notes were translated into my first proper university-level computer program – written in a language called Java. It felt awesome, so I wrote another one. Then, I started to look for problems I could solve with programming.  I finished that course with honours and ended up with the highest marks.

In light of this, how can we teach girls to press on when things are tough?

Failing is not the same as being a failure.

In the course of that subject, I failed, and failed, and failed, but I grew to see myself as a learner who experiences failure, not as a failure. We need to model to our girls that failing at something is merely finding one way that it doesn’t work, and learning from that experience. Failing is a single, time-bound experience and is never the definition of a person. There are many, many ways to not write a computer program, but there are also many ways to do it.

Confidence and competence are not the same thing.

Boys have a go at things more readily than girls do. They are more likely to apply for jobs where they do not have full qualifications, expecting that they can learn on the go. Girls want everything to be lined up prior to the interview, and will often decline the same opportunities unless they are very confident of getting the role. I have learned that people often mistake confidence for competence, and this can be problematic. Those boys in Fundamentals of Programming achieved 100% for confidence, but scored lower in the course. If we help girls develop an internal locus of control, they won’t need to rely on external sources of validation.

Show girls that they belong in computer science – and everywhere else.

It is hard to be what you cannot see. If you are in the fortunate position to be able to influence a girl’s life, speak to her about all of the wonderful women who have changed history and the direction of the world. Margaret Hamilton is one of my programming heroes. She wrote the code for the Apollo 11 space launch by hand and coined the term ‘software engineering’ to describe what she did. However, I didn’t learn about Margaret, or any other female science heroes, during my time at school.

Be a real mentor by investing time and expertise.

When I was in Year 9, my computing teacher, Mrs Thomas, walked into the computer lab at lunchtime and discovered a scene. Another student and I had modified a classroom computer and were playing games on it – after disabling the network security. To her immense credit and our immense relief, she did not march us down to the office. Instead, she asked questions about what we had learned and gave us more computers to pull apart. Mrs Thomas decided to reward our curious spirit instead of punishing it. I will be forever grateful for her decision in that moment – she actively played a role in developing our love for computers. This goes beyond setting a good example.

Speak up – and teach girls to speak up, too.

‘I don’t understand’ is one of the most powerful statements in a classroom. It recognises that the world is ambiguous and we do not all see it the same way. I love it when one of my students says this, because not only does it remind me that her world is viewed from a different perspective, she is confident enough to let me know. If girls knew that saying ‘I don’t understand’ means, ‘Our worlds and perspectives are different. How can we find common ground?’ they would be able to ask it with far less fear.

Computer science didn’t teach me everything about coding. Or even, really, about computers. It taught me to solve problems, starting with my fear of failure and sense of impostorism – I needed to actually be myself, not everyone else. I wasn’t carrying the world on my shoulders, and it is was okay if I failed along the way.

Back to the student who wanted an answer. I have learned that this is what learning is all about – it is about asking that very first question.  I hope that she decides computer science is a great fit for her.