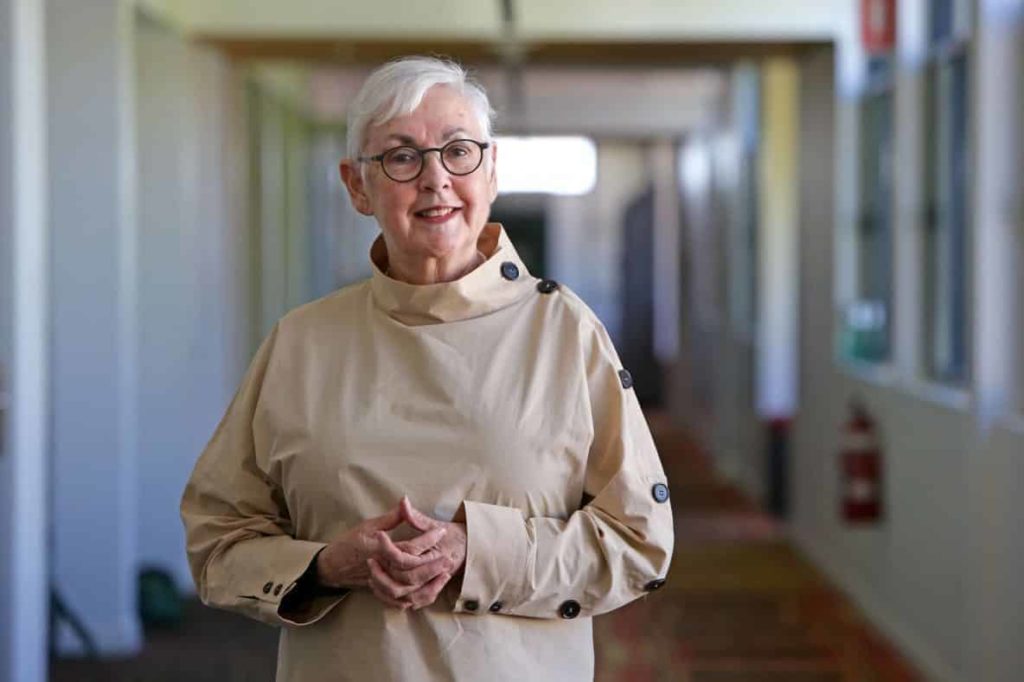 Sandra Boyle, Registrar at the Western Australian Supreme Court, was this year honoured as the 2019 Australian Mediator of the Year. We asked her about her award, her career and her time as a student at Santa Maria College.

What are your memories of Santa Maria College?

I came to Santa Maria quite late. I was only here for the last two years. I found Santa Maria a very welcoming community. I remember Geraldine Doogue and Jeanette Tresham and Christine Shervington were all particularly welcoming. I was made a prefect in the following year which is a testimony to how welcoming the community was.

It was such a good school, there was a lot of acceptance of students’ opinions. We were supported and encouraged in offering our opinions. We had some wonderful nuns; Sr Simon, Sr James, Sr Paula, Mother Consilii. I especially remember Sr Norbert. She was the maths and science teacher who said, “You and maths shall part company”. I was so relieved. My father believed I was much more talented at maths than I was. He wanted me to be a doctor. Sr Norbert helped me convince him otherwise. I went into law, and fortunately, my younger sister became the doctor!

Sr Mary Simon instilled in me the belief that if you have the ability, use it. My strongest memories are of the strong women of Santa Maria. The school also helped instill a strong sense of ethics. That came from my parents and by virtue of a Catholic upbringing, but the school supported the idea of ‘Do no harm” and I’ve held that as my motto.

I don’t attend school reunions, not because I had a bad experience at Santa Maria, but because I think it is important to move on. Too many people hold onto their school days as the best days of their lives.

In the year after I finished school, I went on exchange to the United States. When I came home, I did a law degree at UWA. Law school was wonderful. There were 13 girls in my first year and 200 men. There were six of us who finished. Now of course there are more women than men. I marvel at the lack of discrimination we experienced, but we did know our place.

I married Chris, an old Trinity boy who was also studying law, two years after law school. We bought a practice in Harvey and we spent 19 years there and in Bunbury. It was a great learning ground. We had two children and I didn’t stop working through it all. The mother of one of the employees at the law firm looked after the children and they really couldn’t have done better.

When we went back to Perth I started my Masters in Law. I lectured at UWA and tutored at Murdoch. I then became a registrar at the Supreme Court. I’ve now been there for 24 years.

When I started we had a new programme of mediation which was designed to reduce the load of the courts. The skills I learnt in a country practice served me well. These days mediation and negotiation have become the dominant way of practicing law.  The traditional trial system relies on the weight of evidence not just assertions of subjective truth. So, if you can make your own deal before a trial there is a much better chance of a positive outcome for all parties. We do 500 mediations a year. The Supreme Court gets through 60 civil trials a year.

These days I job share with my husband. We work a 5 day fortnight each. He is a registrar in the Supreme Court as well.

You recently won an award?

The award is from The Australian Centre of Disputes. It is a peak body for mediation. I was awarded the 2019 Australian Mediator of the Year. It came as a complete surprise. It reflects positively on our whole team. It is a privilege to work in an environment where everyone works so hard and achieves such great results. We do no harm.

The best mediators have to be humble. You can’t make demands or enforce your views on others. You have to listen and when it comes together it is very rewarding. I mediate will disputes, farm disputes and businesses breaking down. They are all within families so can be like a sort of divorce. I know the process has worked well if they walk away feeling as though it is resolved. You have to empathise and understand their difficulties.

We do all the asbestos claims in WA. In those cases, I see such wonderful lawyering when it is most needed. These people are dying. We have to help provide healing and release anger.

Do you have any mentors?

Mentorship started for me at school with Sr Simon. My close friendships at university were also important as we shared the struggles we had. I’ve been very lucky to able to share the journey with my husband. Being in the same industry and being able to share those understandings has been important. I’ve also learnt a lot from clients and fellow registrars.

I worked with Justice Neville Owen on the Bell case for a long time. I learnt from him about marrying intellectual firepower and humility. He has gone on to be part of the Catholic Commission in Rome dealing with the difficulties of the Church. He is a good human being.

Now I mentor the new registrars. There are some very good people. It is a privilege.

What are your top tips for young people starting a career?