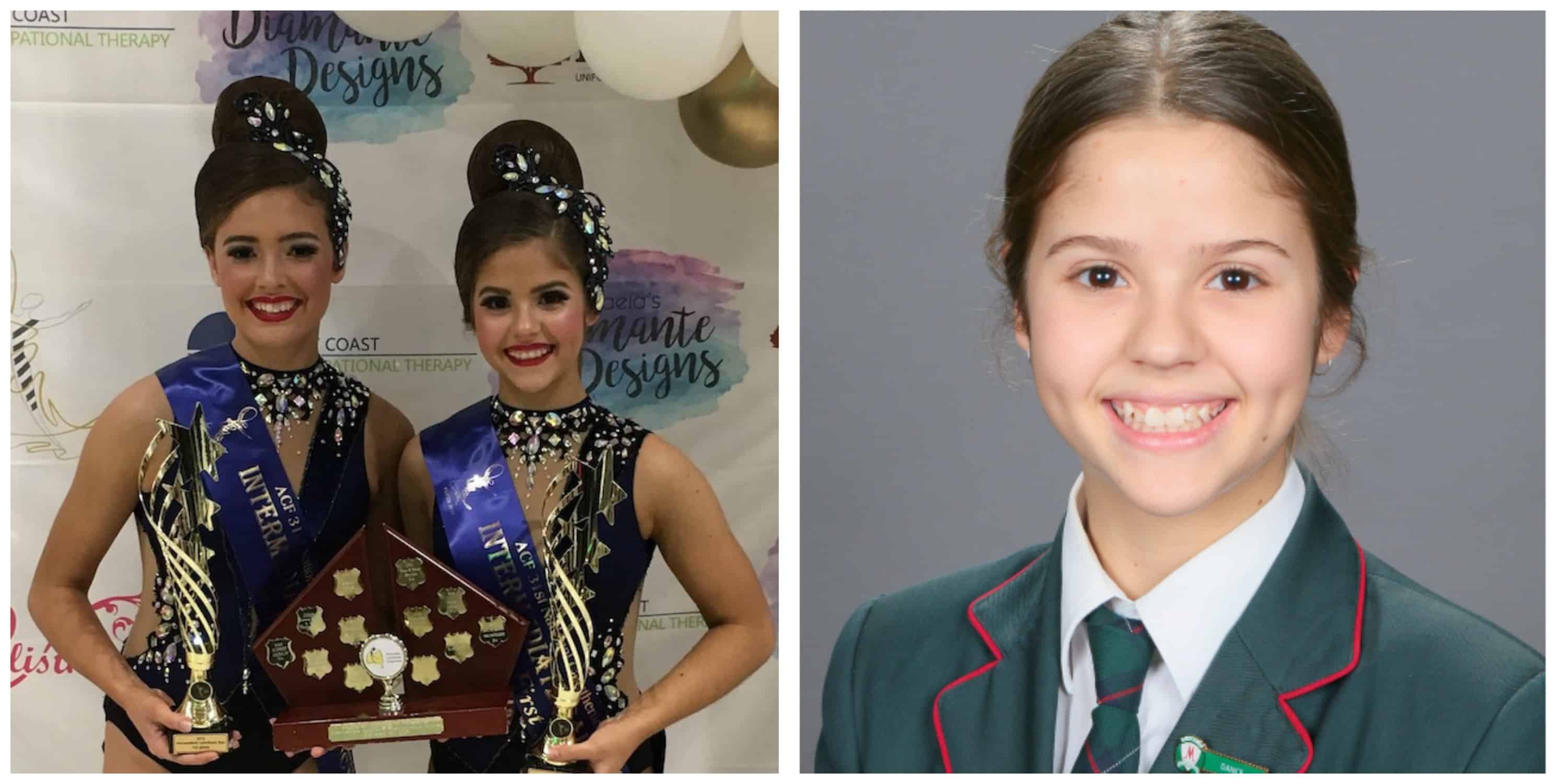 Congratulations to Year 10 student, Emersyn Ballard who competed in the National Calisthenics Championships during the holidays. Emersyn, who is a member of the Applecross Calisthenics Club, competed in the intermediate age team competition and the intermediate age (14 – 17 years) duo competition. The Western Australian team placed third, but in the duo competition Emersyn and her partner, Isabella Huggins, a student at Corpus Christi College, placed first, and as such are the National Champions!

“I got into Calisthenics as my sister’s best friend did it, so my sister joined too. Watching her do it made me want to do it as well. This year is my tenth year, I started in 2010 when I was six,” Emersyn said.

“I was selected after attending a workshop where we were taught five short routines. The next week we were split into small groups and we had to perform all of the routines in front of a panel of judges. From here they picked the team.”

Emersyn said she really enjoys being able to represent the state and travel around Australia. “I have met so many girls from different clubs all over WA and from different states, who I wouldn’t know without being in the State Team.”