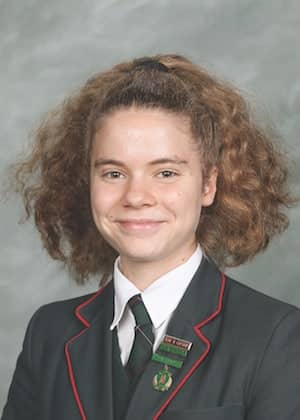 Henry Lawson Festival as the esteemed Australian poet was born in Grenfell. Eva was awarded first and second for her entries into the High School section of the competition.

The Verse and Short Story competition is a highly regarded literary element of the Henry Lawson Festival. There are multiple classes for various ages and abilities in both verse and short story. Judging is by impartial, highly regarded authors and performers. The winning work is published in an anthology.

Below, Eva shares the synopsis of her stories.

“The first story I entered was called ‘The White Run‘, which is about a lonely fisherman’s battle with grief after he loses his wife. It is set in southern Western Australia against the backdrop of the annual, famed ‘White Run’ – a period in the crayfish season when the crays shed their shells and migrate out to deeper water, making them easy for fisherman to catch.

The second story was called ‘Bruises‘ and was written for an English assignment earlier in the year. It contains a ‘magical realist’ element in that Josie (the main character) has the ability to physically bruise from people’s words. The story follows Josie’s battle with her uncanny ability in a harsh school setting.

We asked Eva about writing, this competition and her future career path.

What does winning this competition mean to you?
This competition means a lot to me. I haven’t entered a national competition before so I was nervous about sending my work off. I never expected to do this well and still can’t fully believe it. My success in this competition has given me confidence to pursue my talent and means that there are people out there who are supportive of my writing. As a winner, I also get published in the festival’s anthology (a collection of short stories in book form).

What do you love about writing?
I love the freedom that writing affords me. I am able to express my opinion, observations and creativity in a medium that is effectively limitless and abides to the sole rule that indeed every rule can be broken. As a quiet person I also have a soft spot for writing as it isn’t in a spoken form. Instead it is written, and so the art speaks louder than the writer ever could, giving me confidence in both my work and myself.