every other theatre company launched itself on the Perth Theatre scene at Fringe Festival in January this year with its debut show, ‘Everything’s Kinda Stupid’. Class of 2017 graduate, Courtney Withers co-wrote and directed the show.

We asked Courtney a little about the show and how it all came to be.

What was the motivation behind the creation of every other theatre company and then the play Everything’s Kinda Stupid?

I had the idea for the play back in June last year, in a time of binging a ridiculous number of podcasts and was inspired particularly by the female-created ones. My friend, Xavier Hazard, was wanting to start up a new theatre company and was interested in my idea for Fringe. Along with a few other creative individuals we started every other theatre company and agreed that the opening show for the company was going to be ‘Everything’s Kinda Stupid!‘ – a comedic play co-written and co-directed by myself and my friend Izzy Stonehouse.

The company’s ethos is focused on creating a community (hence “every”) out of the exclusionary concept of the ‘other’. The brand also challenges us to be unique and innovative, because when you are called ‘every other theatre company’, you can’t just be the same as every other theatre company. We’re committed to supporting stories that must be told, and the people who are passionate about telling them.

How did you find the Fringe Festival experience?

The Fringe was like nothing I had ever experienced before. The energy at the Festival is electric, and everyone was so supportive and encouraging of our show. We performed in the Home Economics room at Girls’ School and sold out 8 of our 10 shows, which was a phenomenal achievement.

Fringe is such an important event showcasing creative individuals in the Perth community, and I was so privileged to be involved in the Festival this year. We are so incredibly fortunate to have already finished our show season before the lockdown period began in Perth, and my sincere thoughts go out to all of the artists who had to cancel shows.

What are you currently doing?

I’m just about to enter into my last year of university at Notre Dame, finishing a double degree in Journalism and Theatre. My passion definitely lies in Journalism and I hope to make a career for myself in this industry. I’m equally passionate about the arts and want to continue writing and working on plays in the future, so it is definitely more than just a passing interest. I hope to juggle both of these interests of mine in the future and look forward to doing so.

We wish Courtney well in the future and can’t wait to see what comes next. 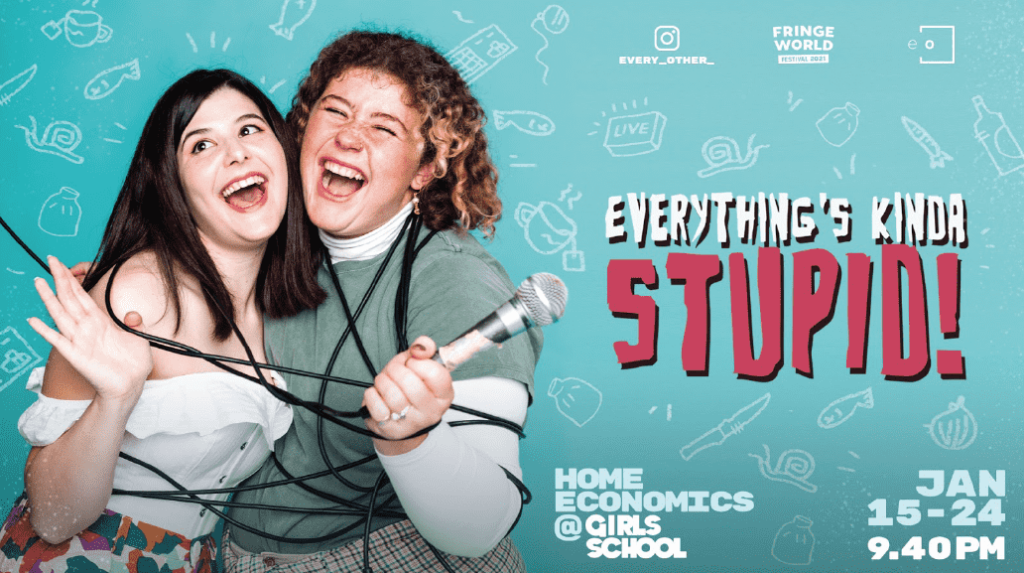