Excited to be an Australian! 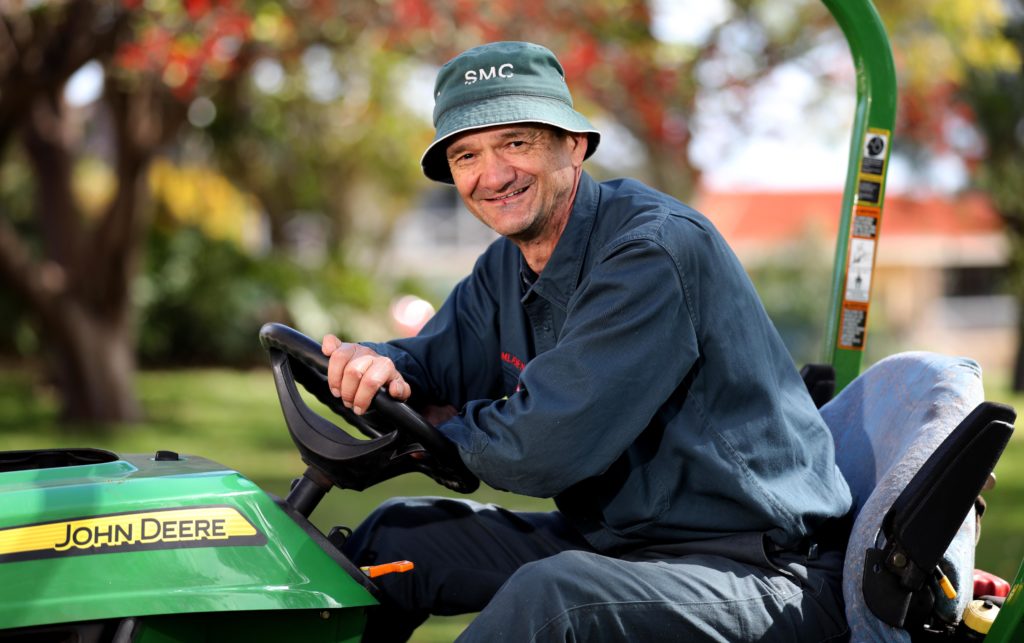 Born in Croatia in the small town of Vukovar, close to the Hungarian boarder, staff member, Mladen Maslic is delighted that he and his wife have finally been granted full citizenship of Australia. Although the process was long and at times frustrating, the joy he feels to finally be an Aussie is palatable. He can’t stop smiling!

Mladen and his wife first went to New Zealand in 1997 as the visa requirements to work and live there were not as stringent as those of Australia. He speaks fondly of his time in New Zealand when he worked in a nursery where most of the staff were either from Serbia or Croatia. He felt quite at home and did not see the need to study English as everyone spoke the same language. In hindsight, he says this was probably not such a good idea as his lack of proficiency in the language kept him from exploring other employment opportunities.

When asked why he left Croatia, a shadow of sadness flickers over his eyes. “It was the war”, he says. “We really could not take much more of it. There was no future for us in Croatia”, and as he starts to go on, he decides to leave much unsaid. We turn to happier memories and he talks with nostalgia about his formative years, his family and his beautiful country of birth. Vukovar he says, sits on the bank of the Danube River, it’s such a beautiful historical town.

It was after his wife returned from a holiday to Perth in 2005, that they decided to make the permanent move to Perth. She had fallen in love with the city after only two weeks and immediately felt at home. Additionally, they also had a few friends in Perth who were a great support to them. 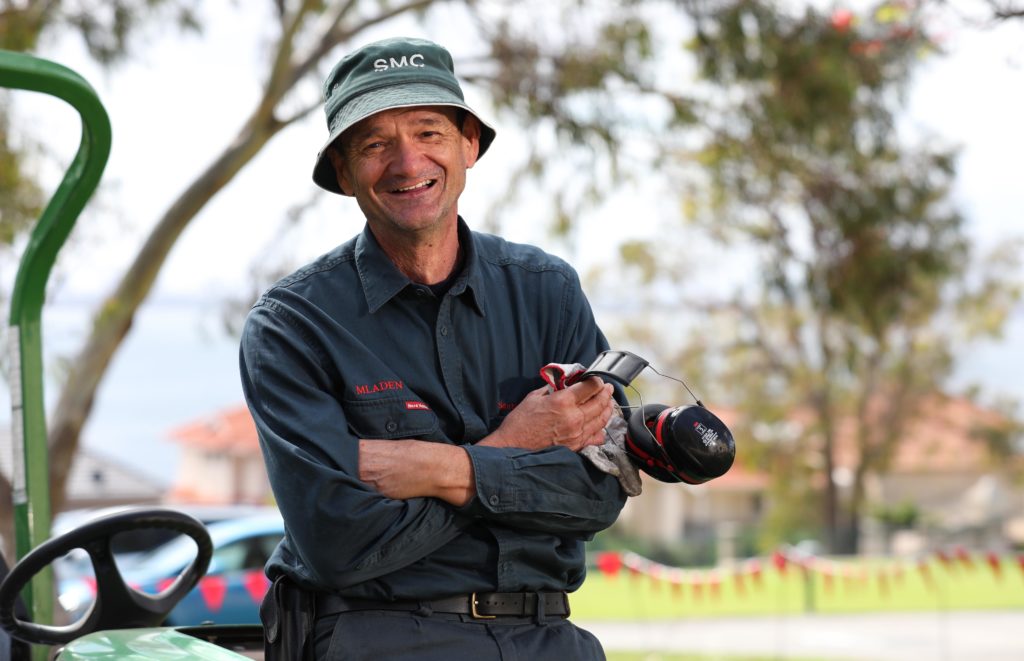 Once settled in Perth with working permits, both Mladen and his wife started working as cleaners. It was not long before Mladen landed his job at Santa Maria College as a grounds person. Mladen loves working at the College and fondly remembers the early days working side by side with Vince Auriemma and John Black who patiently helped him to improve his English, but more importantly taught him about footy and the Aussie BBQ. When I ask Mladen what he thinks of the snag on the barbie, he chuckles and says, ‘It’s okay’. Footy is another story. He tells of how he had no idea which team to bet on but decided none the less to join the footy tipping competition, wildly guessing the winning teams each week. To his surprise, he won the footy tippy that first year to the annoyance of all the Santa Maria die-hard footy tippers. Was it beginners luck I ask? Well, he shrugs. “Who knows, most probably, but I was hooked, and now I just love the footy and the West Coast Eagles”.

I quiz Mladen on what he loves about living in Australia? Everything, he says. There are so many positive things I can’t think of anything really that I want to complain about. We have a strong economy and the work opportunities in Western Australia are wonderful. My wife has worked for the WA Police in an administrative role since 2005, and she loves her work and has made so many friends. Australia is also such a safe country to live in and we love that there are so many opportunities to prosper and improve oneself. Mladen has great respect and admiration for our Premier, Mark McGowan. He admires his leadership and his concern for the safety and wellbeing of all West Australians. “How lucky are we, that we live on this side of the country?”.

A Message for Our Girls

I ask Mladen what message he has for our students? He ponders this and says, “Young people in Croatia are without hope as the future looks bleak for them, Europe is diseased, but here it is different”. By this, he means, that our girls should embrace every opportunity they have because they are luckier than most. Mladen says he feels very blessed to live in Australia and all he wants to do is continue to make a contribution to the Australian society and to practise his English.