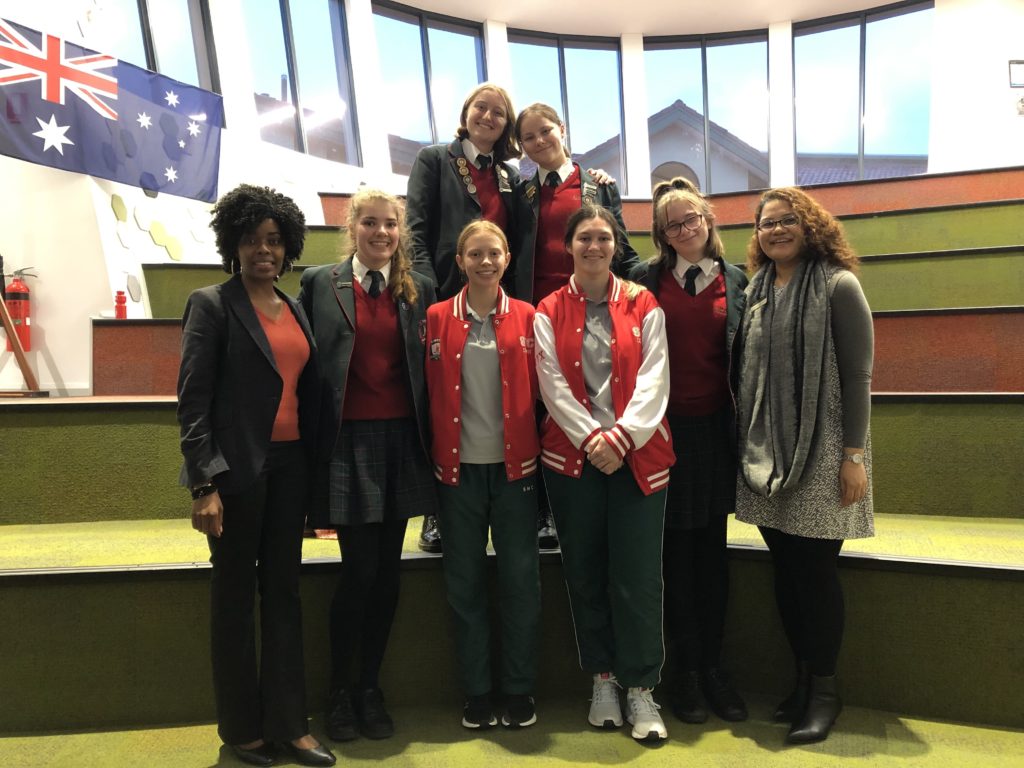 The Santa Maria Languages Department had the pleasure of hosting Judith Nyamuli, the Schools Engagement Coordinator for Catholic Mission Perth last week. Year 12 French students from Santa Maria College, Kennedy Baptist College, Kingsway Baptist College and Wesley College had the opportunity to attend Judith’s workshop where she shared her personal story as a migrant from the Congo, as well as exploring  accounts of French-speaking migrants, their reasons for migration, and their experiences of participating in a new community.

We asked Judith if she would share some of her story.

I am originally from the Democratic Republic of the Congo (DRC). I arrived in Australia in October 2003, along with my older sister’s family as she and her husband were my primary carers. Like many Congolese, we forcibly left our country due to the ongoing political conflict now known as Africa’s first world war.

My brother-in-law had a very good job as a vet and our living situation was stable. I was attending a good school, but given the situation of the country, I guess it wasn’t enough for the sustainable, safe future parents want for their children.

Our first destination was Mozambique and I lived there for three years. I then had to learn and adjust to a new culture and language (Portuguese) on top of the four languages I already spoke, to study and of course to survive.

We arrived in Australia in October 2003, welcomed by a family member, a few members of the Congolese Community of WA, some very friendly Australian families and of course loads of flies!

I had a very weird feeling, an overwhelming mixed feeling of joy, confusion and I felt altogether lost. I then had to learn a sixth language, adjust to a new culture, make new friends and basically start again from scratch.

In Australia, I felt more of an outsider and realised that Perth was even further from home than Mozambique. It was especially bad when I thought of the family and friends I had left in DRC and the uncertainty of their safety; this was quite devastating.

Learning English, I began a Cert II Spoken and Written English and completed a Cert IV at TAFE. After that, I did a few different short courses, then started working. I have now graduated from Murdoch University with a double major in International Aid & Development and Community Development.

Australia welcomed me with open arms and has become home where I’m now raising two young boys. I’m grateful to be an Aussie/Congolese, an active member of the community and to have the opportunities I have.

I had the privilege of briefly sharing my story with Santa Maria students, but while I reflected on my story and stories of other people there are important take-a-ways I highlighted such as:

We are called to be God’s mission here on earth, and the initiative to tell my story is my way of reaching out and being the voice of those suffering and those whose stories or voices aren’t heard.  The funds raised through this work goes to support vulnerable childrens’ projects in some Francophone developing countries that Catholic Mission supports.

Here are some reflections of the afternoon from French students:

We thought that Judith’s presentation on her immigration to Mozambique and then Australia from the Republic of Congo was very moving and insightful into the case of immigrants in the world and the ordeals they experience. Jordyn Shepherd and Ella Mills

“When Judith arrived, Australia was not as diverse as it is now, and she had to overcome hardships despite having fled the horrors of Congo. We learnt a lot from this presentation about immigration and how everyone has their own story and suffers in different ways, it was especially valuable to hear it in French”. Lily Wright and Sophie Daniels

“Despite feeling isolated and traumatised when she arrived in Australia, Judith shared with us how she still feels lucky compared to many still in the Congo. She informed us that she wants to go back to the Congo, and be a mother to many of the children living in poverty as she believes that everyone deserves to be loved”! Amelia Hetman and Rebecca Perse 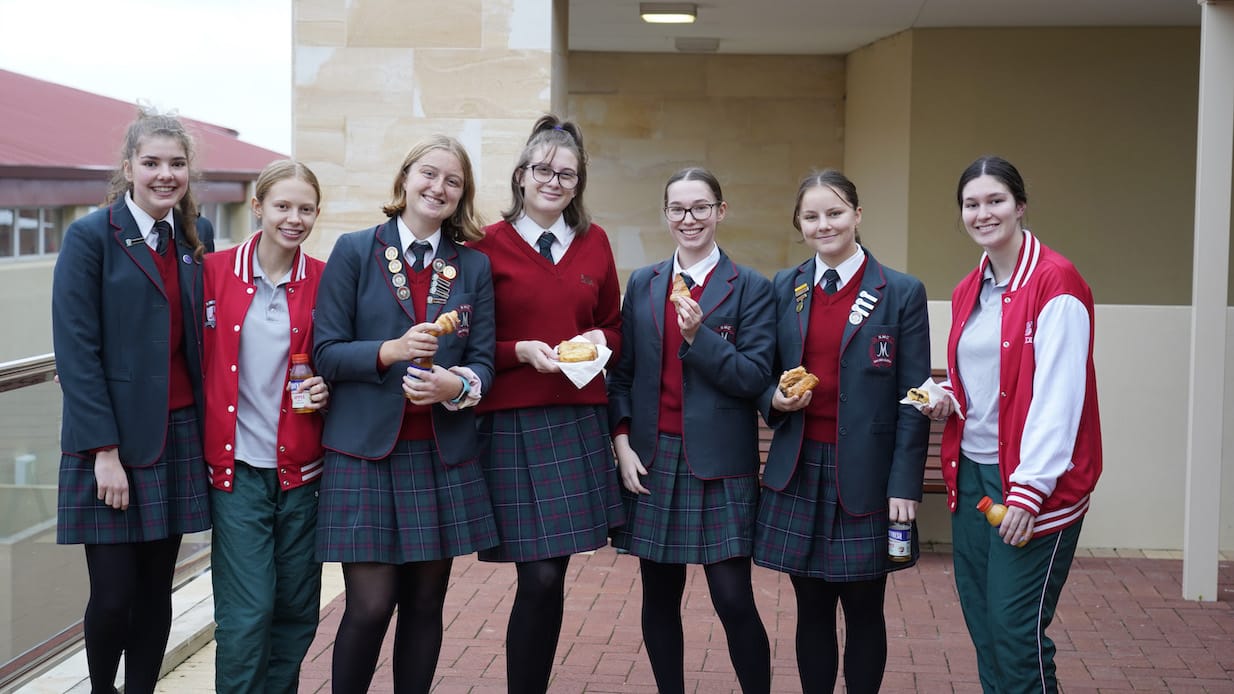