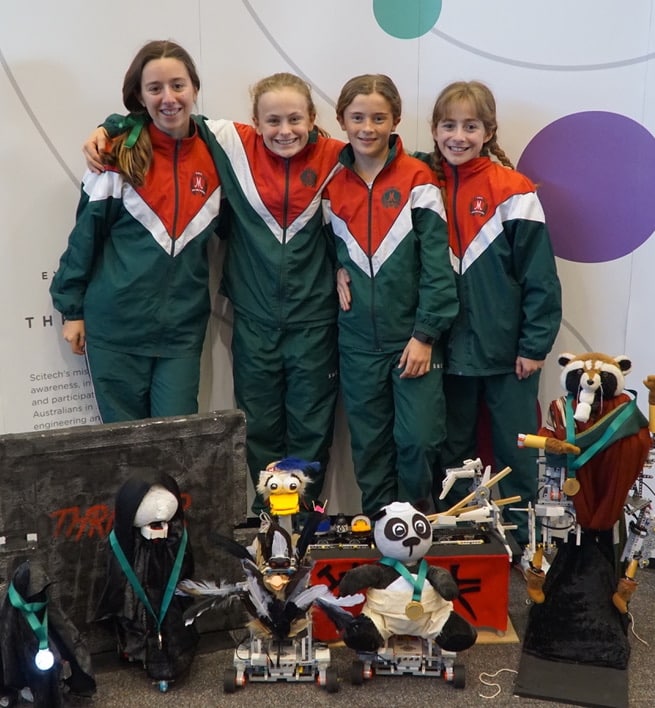 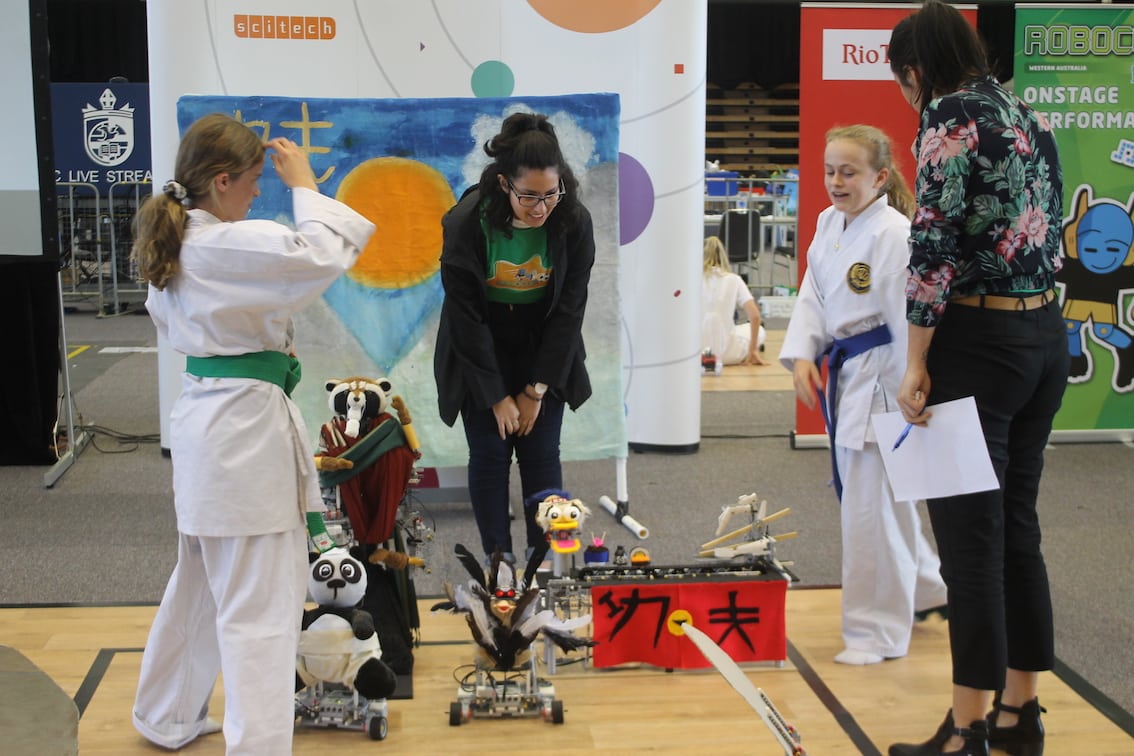 We asked the girls about the experience.

RoboCup is a long-term robotics-based competition. There are four categories within the competition: OnStage, Soccer, Maze and Rescue, each with age, skill or robot-based categories. This year, both of our teams competed in the Experienced OnStage performance, which gets teams of two or more to build and program robots to dance to music of the team’s choice. RoboCup encourages young people to develop their robotics-related skills, teamwork, and an interest in both scientific and technological skills. Maya Zammit, Year 8 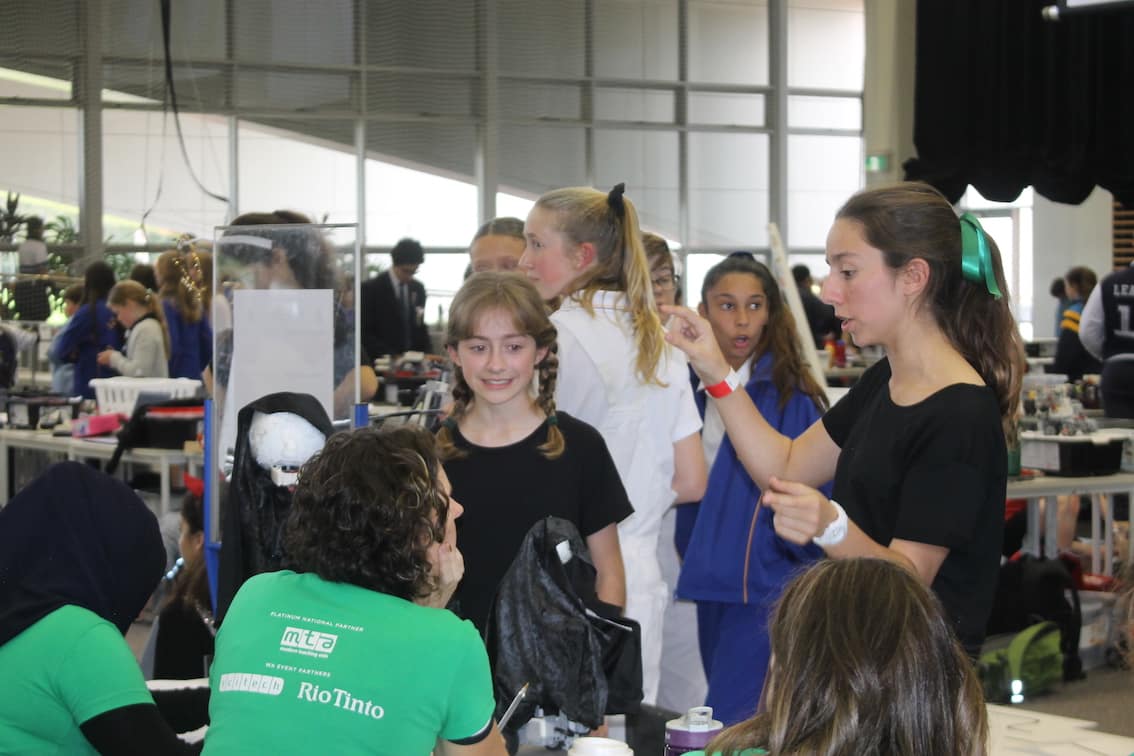 How did you prepare for the competition?
Preparation for the competition involved building, costuming, programming and rehearsing. Sophie and I worked on our builds separately and joined together for costuming and programming. This was a vital stage as criteria required our robots to synchronise, interact and work together to create a theme-based performance (in our case Kung Fu Panda). For my build of Shifu, I spent every night of a week, creating prototypes for legs, arms and heads, constructing mechanisms and gears that could mimic his kung Fu moves.

As a team, Sophie and I had to mix and create music to play along with our performance. We chose Eye of the Tiger and Kung Fu Fighting, as well as several gong sounds. In order to gain points during interview (when we showcase our robots to the judges and explain their features), we had to source and create our costumes at home. My robot’s costume was made out of the head, legs and arms of a Rocket Racoon toy. My other major build was a noodle train that used track and cog gearing. Going into our fifth year of competition, Sophie and I were immensely excited, after doing Robocup so many times, we knew what to expect and created some of our best builds yet. Sophia Marra, Year 8 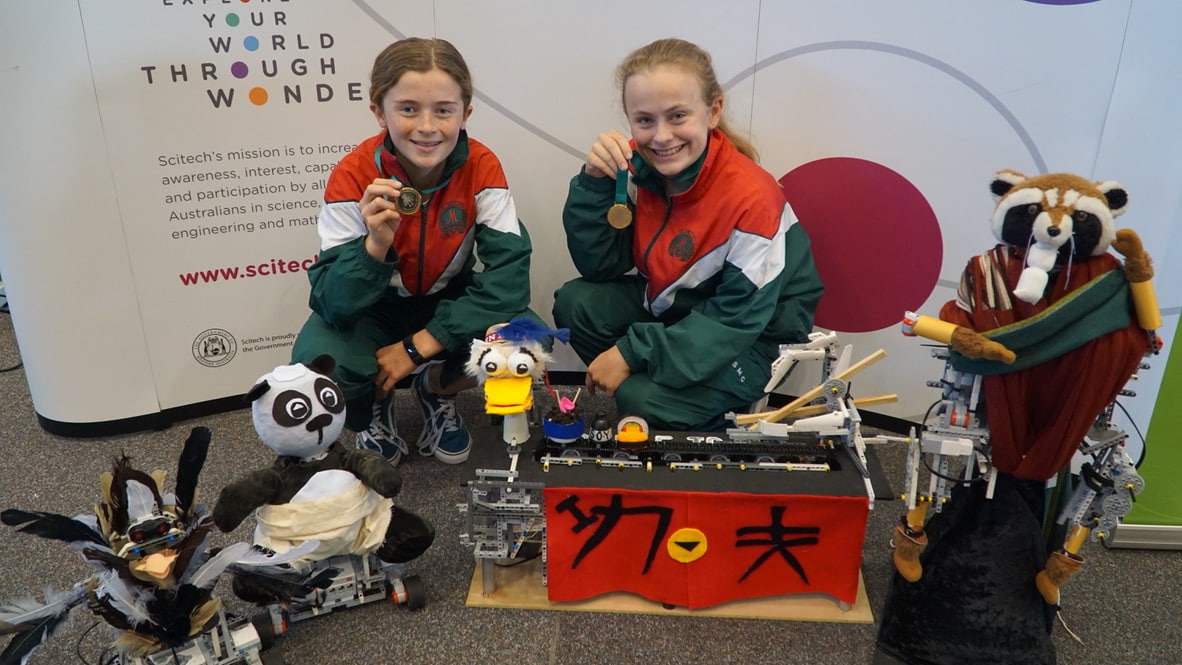 What were you required to do for the competition?
When doing robotics you can build as many robots as you can. Some teams had one, others had six like Sophia and I. It took us, in total, about 4 months to build, costume and program the robots. Once your robots are built and programmed it’s time for the competition, which is the best part. You get to show off all your hard work to a panel of judges who give you points for certain robotic moves. I definitely encourage anyone to give it a try. Sophie Muir, Year 8 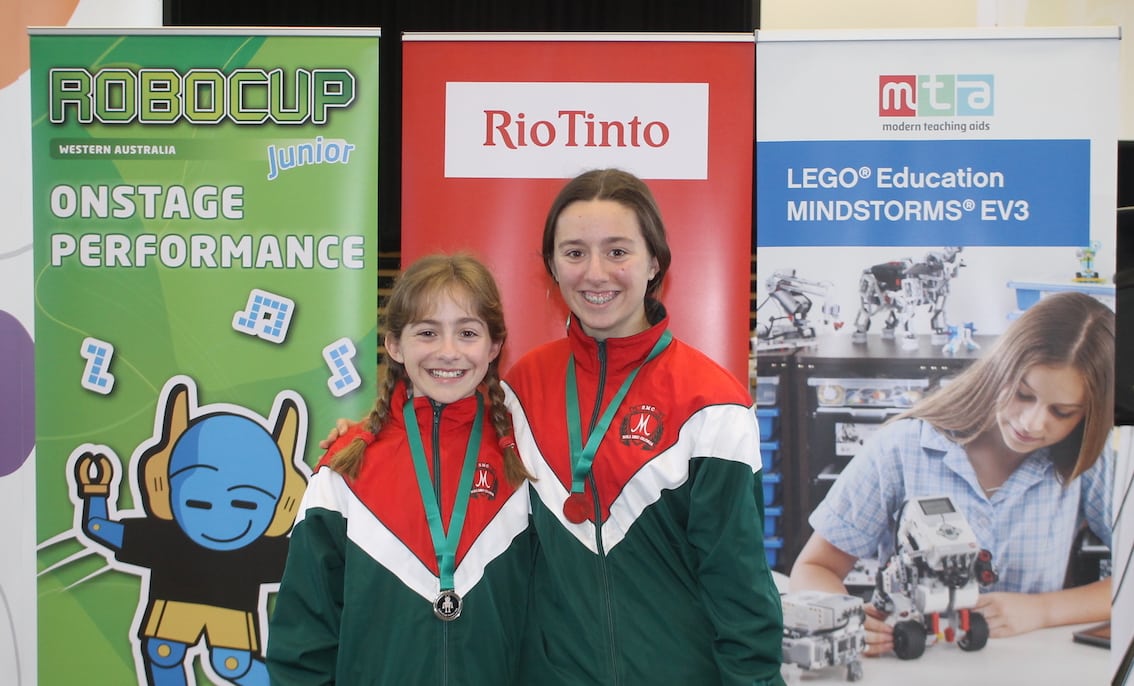 What was the best part of the whole experience?
Out of the whole experience, I feel like the best part was by far at the end of our performances. The feeling of relief that our robots hadn’t malfunctioned or crashed into each other was overwhelming, and it was a great feeling to be able to have the knowledge that our hard work and all of our late night sessions spent hunched over a computer, falling asleep over software had paid off. Being able to watch the other team do their amazing performance was great as well, as I knew how hard they had worked to get to this point in time. Anika Zammit, Year 7