This week Kelly House celebrated their House day, proudly wearing their blue House shirts and joining together for many fun activities in Pastoral Care Time (PCT) then concluding with a delicious shared lunch. A perfect example of how our Houses create and nurture a sense of belonging.

Our House system structure enables our large school community to exist as smaller communities and foster this sense of belonging. Our eight Houses enable the younger girls to form special bonds with the senior girls, and there are also many opportunities for leadership.

When the College opened in 1938, there were three Houses: Mercian, School and Trinity. From 1941 – 1945, Xavier House was introduced. From 1963 – 1972, Xavier House was again included. From 1972 – 1998 the House system consisted of four Houses named McAuley, Teresa, Camara and Chisholm. In 1998, the House system was restructured into six Houses: de la Hoyde, Dillon, Frayne, Kelly, O’Donnell and O’Reilly. In 2007, two more Houses were incorporated: Byrne and Corbett.

These Houses compete on an annual basis for the overall McAuley Shield.

The eight Houses are named after sisters of Mercy who were significant in the early history of the College and are lead by our passionate House Coordinators who create a great sense of spirit in their teams.

BYRNE – Orange Mother M (Esther) de Sales, (1832 – 1916) was born in Dublin. Esther became a postulant and joined Ursula and Anne Xavier on their return to Australia in 1851. She was the first Sister of Mercy to celebrate sixty years of profession in Australia. Mary de Sales was an exceptional superior and middle school teacher. Motto: I have found and conquered

CORBETT – Purple Sister M (Hilda) Bertrand (1894 – 1983) was born in Perth. Hilda attended school at Our Ladies College, Victoria Square, Perth. She entered the Mercy convent at Victoria Square in 1915 at the age of 21. She was the first Principal of Santa Maria College from when it opened in 1938 until 1960. Motto: God provides

DE LA HOYDE – Black Sister M (Catherine) Ignatia, (1804 – 1875) was born in County Lowth. Catherine was professed at the first Mercy ceremony in Australia, 25 January 1846. She worked at Fremantle and Guildford, where she was mainly involved in visiting the poor and the sick. Motto: Of the living speak nothing but what is true

DILLON – Silver Mother M (Anne) Xavier, (1818 – 1890) was born in County Tipperary. Anne entered the Institute of Mercy at Baggot Street, Dublin in 1840. Her sister Ellen joined her in Perth in 1848. She and Ursula Frayne both moved to Melbourne to found the order in Victoria. Motto: While I have breath, I have hope santamaria.wa.edu.au

FRAYNE – Red Mother M (Clara) Ursula (1816 – 1885) was born in Dublin. Clara was under Catherine McAuley’s spiritual guidance. She was involved in establishing several new Mercy convents in Ireland, Newfoundland, Western Australia and Victoria. Motto: I would rather die than be disgraced

KELLY – Blue Mother M (Eliza) Aloysius (1822 – 1896) was born in Dublin and arrived in Perth as a novice in 1846 with Ursula Frayne. She worked to improve the education offered at the Fremantle branch convent, before helping to establish the secondary school at Victoria Square. Motto: God is a strong tower for me

O’DONNELL – Yellow Mother M (Ellen) Baptist (1816 – 1862) entered the Baggott Street Institute in 1845 and was professed in Perth. She was involved in the establishment of the school at Victoria Square. She worked in Fremantle and then was elected to replace Ursula Frayne as the leader in 1857. Motto: In this sign we conquer

O’REILLY – Green Mother M Evangelista (1824 – 1899) was born in County Cavan. She was initially the servant to the Perth Mercy community but eventually entered religious life in 1846. She had helped set up branch houses in Guildford and York and an orphanage in Subiaco. She became the Mother Superior in 1883. Motto: By fortitude and prudence

There is a friendly rivalry between the Houses as they compete in many events throughout the year, all contributing points towards the McAuley Shield. 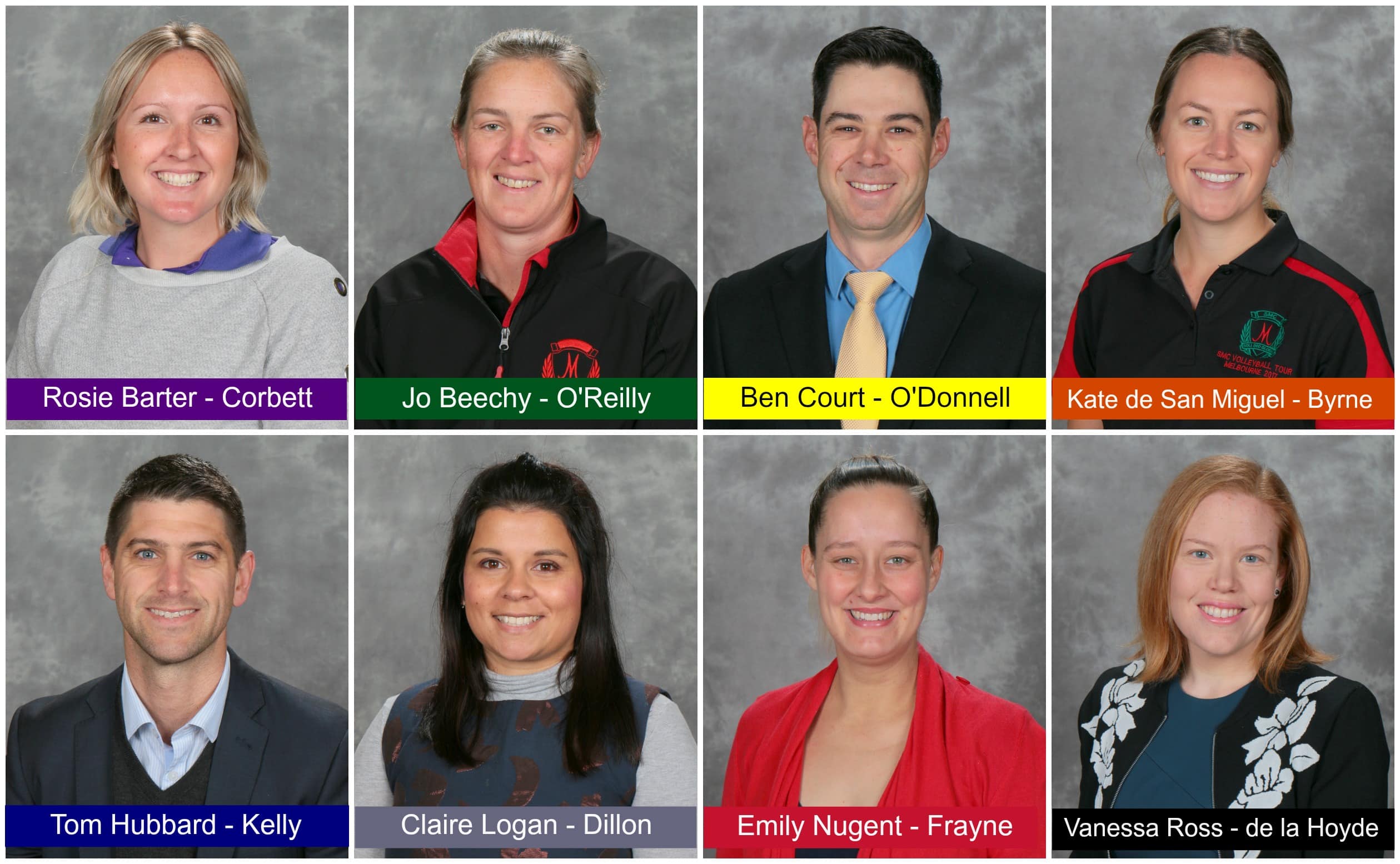 This term the House Volleyball competition played at recess has been highly competitive, yet most importantly, there was much laughter and smiles and great participation from many students. Other events include our Swimming, Athletics and Cross Country Carnivals, Theatre Sports, Public Speaking, Interhouse Soccer and Academic Triathalon.

There are many ways each student can contribute to House points and create a great sense of community and belonging.