The importance of having the ‘alcohol and other drug talk’: One mother’s plea for others not to wait until it is too late 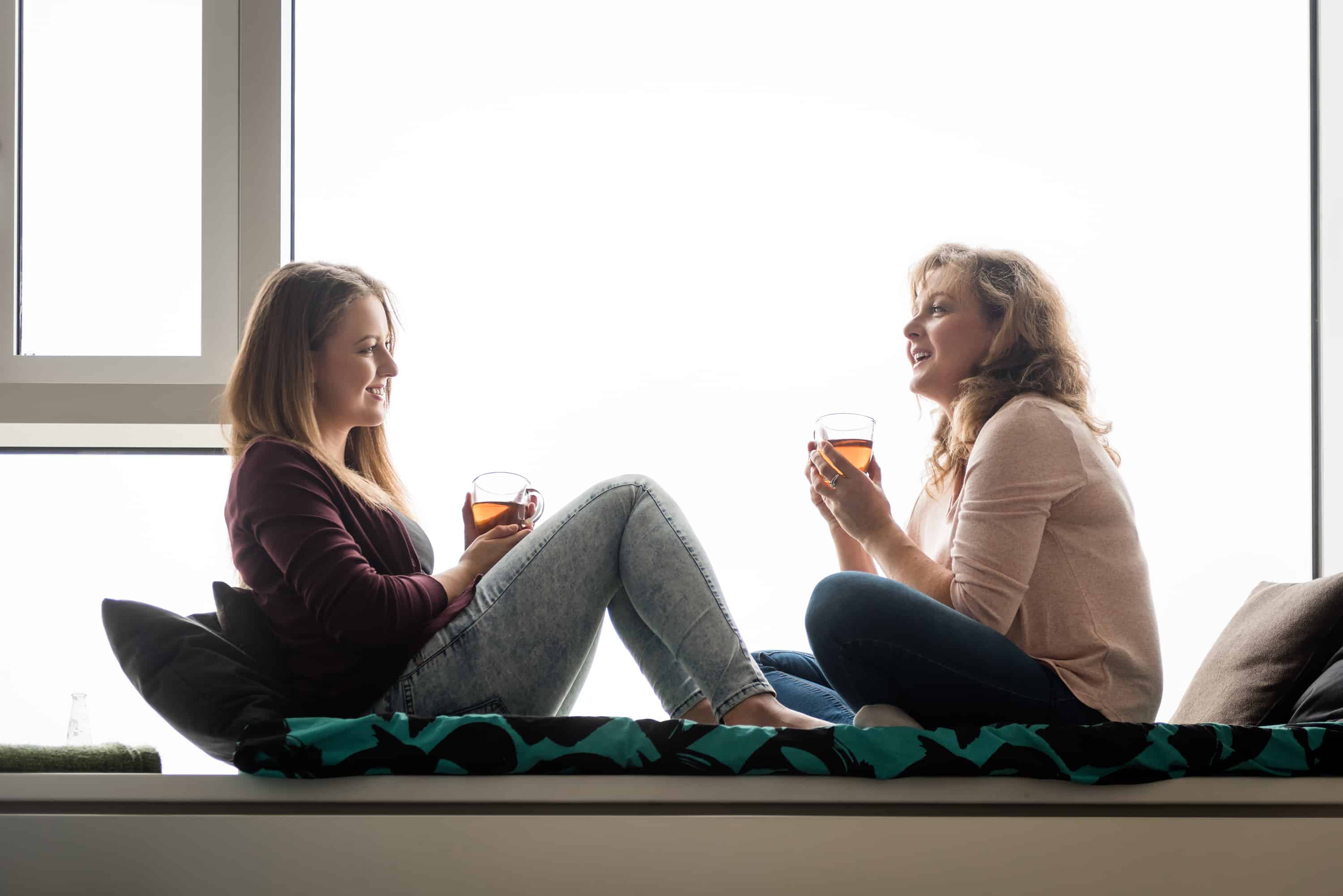 I can’t imagine what it must be like for a parent to get a phone call from a hospital saying that their teen has been brought into the emergency department after drinking too much or having taken an illicit drug of some kind. To get a call like this when your daughter is only 13-years-old must even be more confronting! A few weeks ago I was contacted by a mother (let’s call her Maria) who had recently received such a call. She asked whether I would consider sharing her story with other parents in the hope that, in doing so, she could possibly prevent others from going through the nightmare her and her husband had experienced. To protect Maria’s daughter and other people involved, we have changed the names and slightly altered some of the events …

“Our 13-year-old daughter (Sophie) had just started Year 8. She has always had lots of friends, most of whom we know very well. We also know most of their parents, a few of whom we even socialize with at school functions and the like. She had never asked to go to any large parties but she has been regularly going to sleepovers at her friends’ homes since primary school. We have seen you present at Sophie’s school a couple of times and we do all the things that you recommend – talking to the host parents and taking her and picking her up – so we weren’t at all prepared for what happened a couple of weeks ago.”

“My husband (Brett) had taken her to a sleepover (hosted by parents we know well) and when he got home we were all prepared for a quiet night. I had texted her at about 9.00pm to say goodnight and promptly received a text back and thought all was fine. Just after 11.00pm I received a call from the mother hosting the sleepover (Jessie) to tell me that she had just called an ambulance for Sophie. At the time all I heard was the word ‘ambulance’ and everything else became a blur – I remember hearing something about alcohol and vodka but at the time it simply didn’t register. Brett took the phone and I remember very little about the conversation he had with her and the subsequent trip to the hospital … When we finally got to see our little girl, she was in a hospital bed on life support, connected to tubes and a drip and drained of all colour. I have little recollection of the next few hours but I now know that it was ‘touch-and-go’ for quite some time. Sophie and her friends had managed to get their hands on a bottle of vodka (we believe via an older sister of one of the girls). They had played a drinking game (at 13!) that they had seen on social media (at 13!) and Sophie had drunk almost a third of the bottle in less than 30 minutes!”

“At the time (and in the days after) I was so angry with Jessie and what had happened at her home but since learning what actually happened, I realize that she had done her best. The whole drinking episode lasted less than an hour. The sleepover was actually well organized and monitored (she hadn’t just left them to their own devices – she had been ‘actively supervising’ as you call it). If Jessie hadn’t have checked in and found her when she did (some of the other girls actually tried to hide her when she had passed out) and immediately called an ambulance, Sophie may not be with us today.”

“Over the past weeks my husband and I have come to realize that we had let our daughter down by simply not having the ‘alcohol talk’ with her. We had always planned to at some stage but Sophie is not one of the more well-developed and mature girls in her year and we thought we had more time. She had given us no reason for us to believe that things were changing – there were no new friends, no change in behaviour – so we just kept thinking that we would wait. Can I say to anyone reading this, don’t wait! Have the alcohol and other drug conversation as early as you can. We don’t know whether having that talk would have prevented this terrible thing from happening to our family but it may have done and I wouldn’t wish this experience on anyone …”

As I said to Maria, I have no idea whether having the ‘alcohol talk’ with her daughter would have stopped her participating in a drinking game at a sleepover, so I don’t think that she and her husband should beat themselves up over this, but I do agree that every parent should have this conversation sooner rather than later! 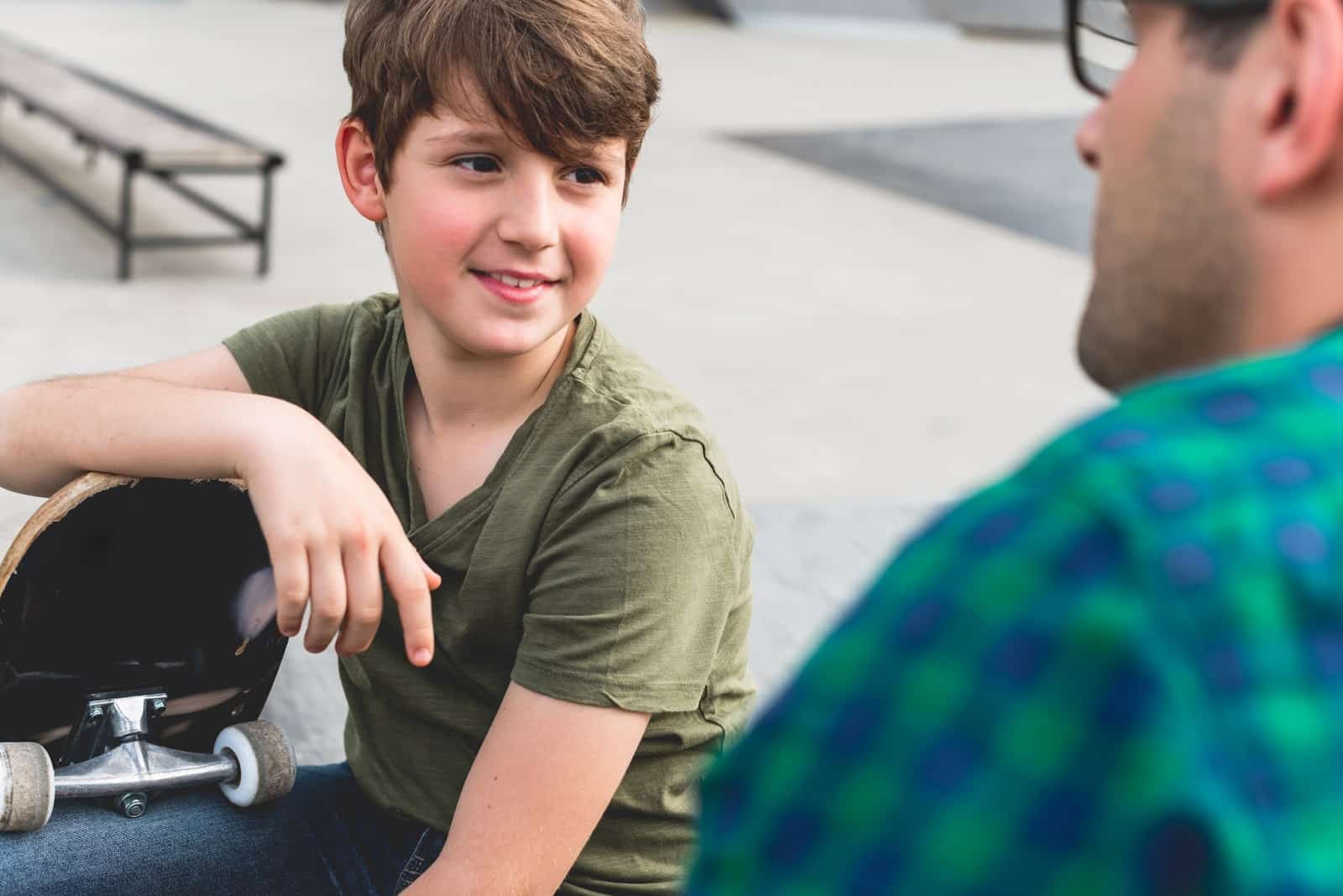 Unfortunately, most parents make the decision to talk to their child about drugs when a crisis situation occurs. This ‘crisis’ can be as serious as finding out that their child may actually be using drugs or drinking alcohol or as simple as when their child is invited to a teenage party for the first time. Trying to have a discussion about alcohol and other drug use at a time like this is unlikely to be a positive experience for either you or your child. Your teenager will feel uncomfortable at best, and threatened at worst, by this issue being raised at this time. As a result, you are likely to feel frustrated and angry at their response, leading to greater friction and a breakdown in the parent-child relationship.

It is important to remember that it is impossible for any relationship to exist without positive communication. The most important thing to remember when it comes to talking about any difficult subject is that it’s not a five-minute ‘talk’ — it’s about building an ongoing dialogue. Of course, there will need to be an opening conversation and that can be difficult but once you’ve broken the ice it will get easier. As your children grow up, they will need more and more information, so start early and build on the conversation as your teenager matures.

There are lots of opportunities for parents to introduce the issue of alcohol and other drugs to their children. Rather than setting aside a specific time in the day to sit down with your child and raise the topic, thus making the whole experience like a school lesson, parents should look for opportunities in everyday life to talk about the issue. Here are just a couple of tips to consider to help start the conversation or ensure that it goes as smoothly as possible:

You may not believe you have much of an influence over your teenager but your children are going to learn an awful lot about your attitudes and beliefs towards alcohol and drug use from these type of conversations. They may not always be easy but they’ll be well worth the effort! One more thing to remember is that all the starter conversations (those mentioned above) should be relatively low-key and informal if they are to be successful, however, when it comes down to the ‘let’s talk about rules’ discussion, both parents should be there, if at all possible, and it should be conducted in a reasonably formal manner (we’re not talking ‘judge and jury’ here but sitting down together, no distractions or other children present). Of course this isn’t always easy, particularly in a split family, but if it can be done it illustrates a united front and if there are any negotiations that are to be made, everybody is on the same page.

Maria and I have had a couple of conversations about what she believes she and her husband could or should have said to Sophie if they had actually had the ‘talk’. She admits that the issue of underage drinking had never been raised (as she said, she didn’t believe there was any need to – there were no obvious warning signs that she may be even considering experimenting) and acknowledges a simple discussion about the role alcohol played in their family would have been useful. Talking about your values and the use and misuse of alcohol, as well as your expectations about how they will deal with alcohol in the future is important. The one thing, however, that she really regrets raising with Sophie is ‘outs’ – helping her to develop simple strategies should she find herself in a situation where she feels pressured to take part in potentially risky activities.

One word of warning though …. if your child does not wish to enter the conversation for whatever reason, do not push. Talking about difficult subjects like this can be embarrassing for an adolescent and any effort to make them can actually be counterproductive. Do and say what you can and then back off, making sure you leave the door open for them to come to you should they ever wish to discuss the issue and move on. At some point another opportunity will arise (even if unfortunately it ends up being due to a crisis of some kind), take a step back and wait for another opportunity to arise when you are able to start a positive dialogue. It will happen!

This post was first published by the author, Paul Dillon, on his blog Doing Drugs With Paul Dillon on the DARTA website.  It is published here with full permission.