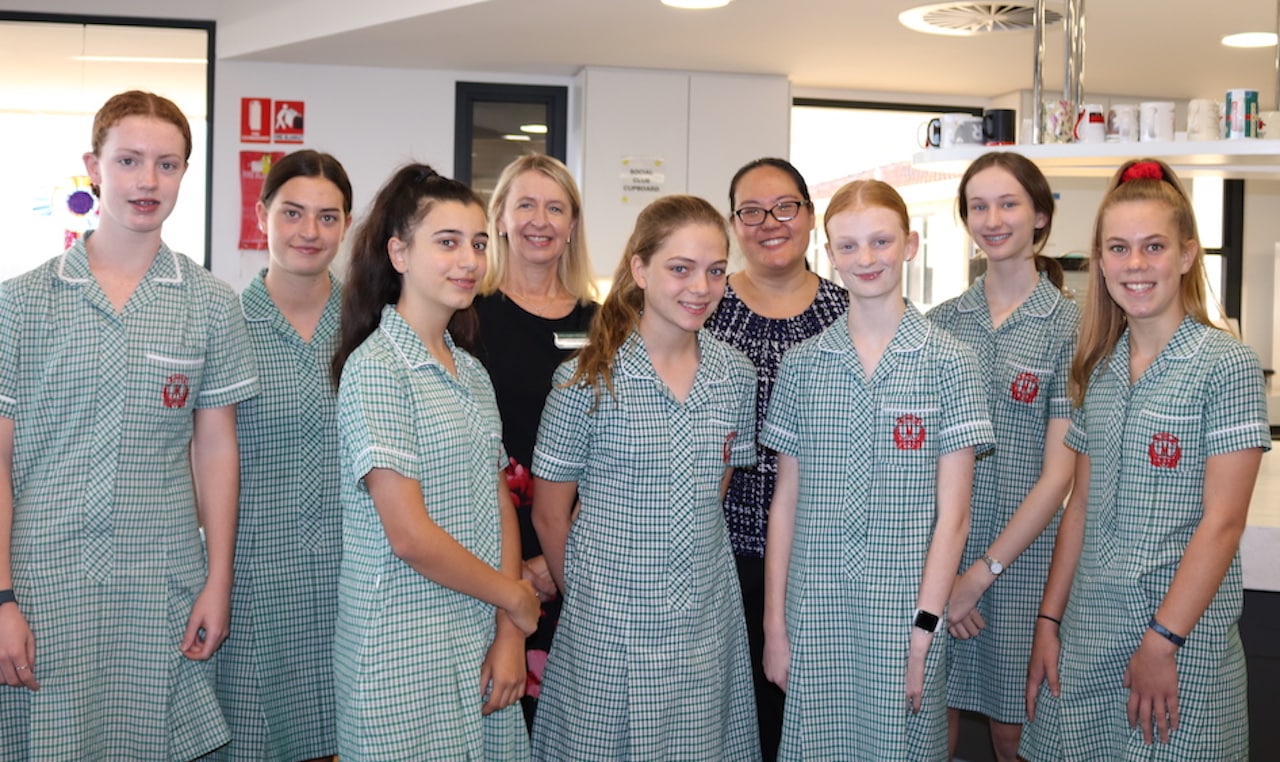 There are 12 female neurosurgeons in Australia. One of the foremost among them is Dr Sharon Lee. Sharon is a Santa Maria College Old Girl from the class of 1989 and addressed OGA members, parents, staff and students at today’s International Women’s Day Breakfast.

Sharon is currently the Head of Paediatric Neurosurgery at Perth Children’s Hospital. It’s a prestigious position and one that carries an enormous amount of responsibility.  During her training she was constantly asked, “it’s a hard life for a girl, are you sure you want to do this?” “do you really think you are able to do it” This was despite the fact that she was awarded the highest achieving intern. She was also told it was a waste of money to train women as surgeons because they’re not cut out for it and will only go and have babies anyway.

Sharon was clearly emotional as she told us that she rested on the shoulders of the great women who pioneered medicine before her. It has been a long road and there is still a long way to go. To help clear the way for more women in her field, she and her female collegues are working with the Royal College of Surgeons in planning for maternity leave and job sharing.

These days women are usually fighting for the end of casual sexism. There has been nothing casual about the sexism Sharon has faced. Often it has been open and hostile. For example, a particular surgeon who didn’t believe women should or could be surgeons, demanded that Sharon ‘unscrub’ during surgery so that he could dictate a letter to her. He treated her as his secretary but had no intention of sending the letter. It was hugely insulting. However, it was this incident that taught Sharon the power of quiet dignity. She quietly contained her anger and let him demonstrate to all present his petty prejudice. He lost respect and she gained it.

There is a perception that making room for women in fields like medicine, law, and politics means that men will be disadvantaged. Sharon argues that women are merely asking for access to what they are trained and qualified to do. Men have always had access to those positions. Privilege is invisible to those who have it!   She quotes Ruth Bader Ginsburg, Associate Justice of the Supreme Court of the United States, when she says, “ I ask no favour for my sex ….All I ask of our brethren is that they take their feet off our necks.”

A world where women and men are able to contribute equally is a world with greater creativity, collaboration and communication. #Balance is Better

Not all of us can be brain surgeons and not all of us have the platform Sharon has to impact attitudes towards women. However, she made it clear that it is the little things that change the world. “Women working quietly away in the background are causing ripples that have a powerful impact in the long run.”