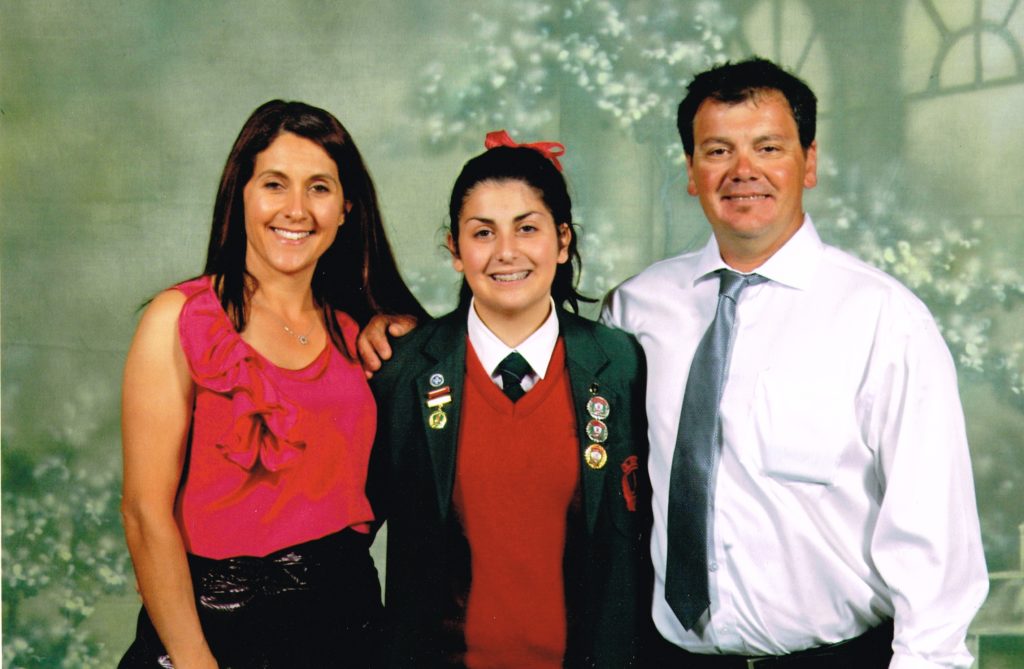 It doesn’t feel like all that long ago that I left Santa Maria College, but time has definitely flown by! Like many, I was unsure about what I wanted to do after school, so started a science degree. Five years later, I had a degree in journalism (chemistry wasn’t as fun at uni as it was at school), a full-time job in real estate (started as a part-time gig, but I loved it) and had ticked dozens of destinations off my travel wish list. On my last day of uni, one of my tutors gave me the phone number of a radio station boss in Sydney. A few days later I had booked a one-way plane ticket.

Within days of arriving, I was racing around Sydney from press conference to press conference, armed with a radio microphone and a notepad. It was surreal! There was no such thing as a typical day. In a matter of weeks I had covered a NSW state election, the re-opening of the Lindt Café following the siege, spent Australia Day on a navy warship and interviewed Tim Cahill after the Socceroos Asia World Cup win. I then took a job working as a producer for radio legend John Laws. I worked with John (or “Lawsie” as many know him) for two years, and while on his team I also began reading the weekend news on Sydney and Melbourne’s SmoothFM.

A job opportunity with Southern Cross Austereo lured me back home to Perth, which meant I could finally read an entire radio news bulletin without the stress of mispronouncing a suburb or an NRL player’s name! Then a job offer came from Nova937, to be their afternoon newsreader. I jumped at the chance to finally ditch my dreaded 3.30 am alarm!

I soon made the switch to TV, taking an amazing opportunity at Nine News as their Chief of Staff. I didn’t really know what the role entailed before I took it, but once I started, I knew it was exactly where I was meant to be. I have now been with Nine for two and a half years, and still love going to work every single day, even though the early alarms are back!

I joined the OGA Committee at the beginning of 2017, after moving back to Perth. For me, it was a great way to reconnect with the SMC community and expand my network. I was elected President in 2018, a huge honour. During my first year with the OGA, we rolled out the mentoring program, an initiative I am very proud of. The Wedding Dress Exhibition we held in 2018 was also a massive highlight for me. It was so worth the months of planning and hard work to see the finished product and enjoy it over a wonderful weekend with hundreds of our members.

As a boarder, so many of my favourite memories of school were made in the Boarding house. We had a lot of fun over the years keeping ourselves entertained. Before the era of iPhones and Netflix, we would make our own adaptations of movies with a trusty digital camera. We were pretty convinced that our versions were Oscar-worthy, until we watched them back a few years ago!

Another highlight of school for me was in Year 9, hosting a weekly radio show from the back of our Society and Environment classroom. Perhaps it was there that my love of radio first began?! As part of this experience, I was lucky enough to interview Nova’s breakfast radio hosts at the time, Nathan and Nat. Little did I know that 10 years later, I would be working alongside them!

I could honestly write a kilometre-long list of all of the things I loved about my time at Santa Maria. Being part of such an incredible community was, and still is, an absolute privilege.