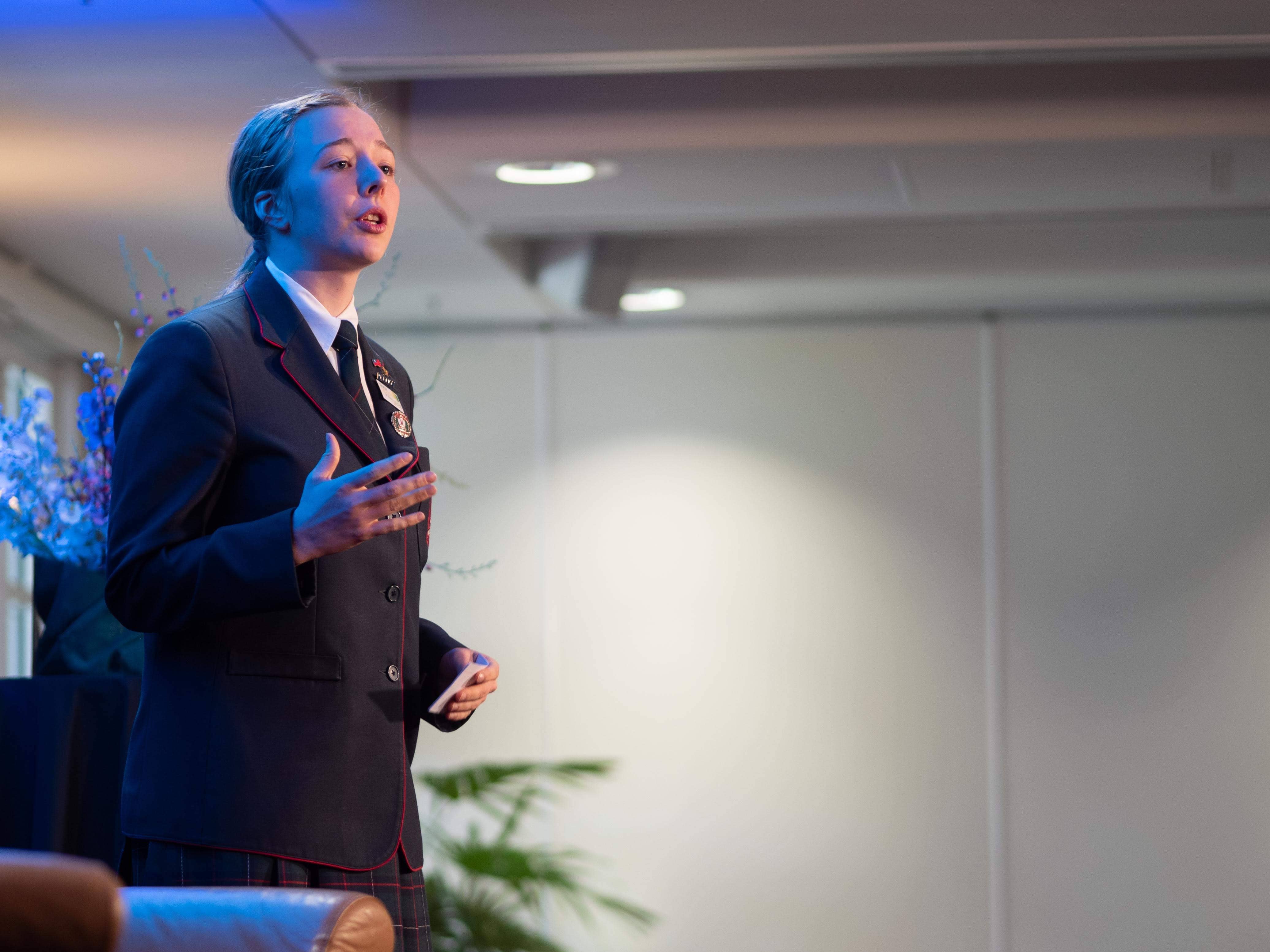 A huge congratulations to Year 12 student, Jemima Reid, who came second recently in the National final of the Plain English Speaking Award held in Darwin. We reported here a few weeks ago about Jemima’s state win.

Of the seven finalists, Jemima was the only girl. Students presented an 8-minute speech first, then were interviewed immediately afterwards by Barry Jonsberg, a writer from the Northern Territory. Students then presented their impromptu speech, in which Jemima was particularly strong! Jemima received $1,000 as her prize. 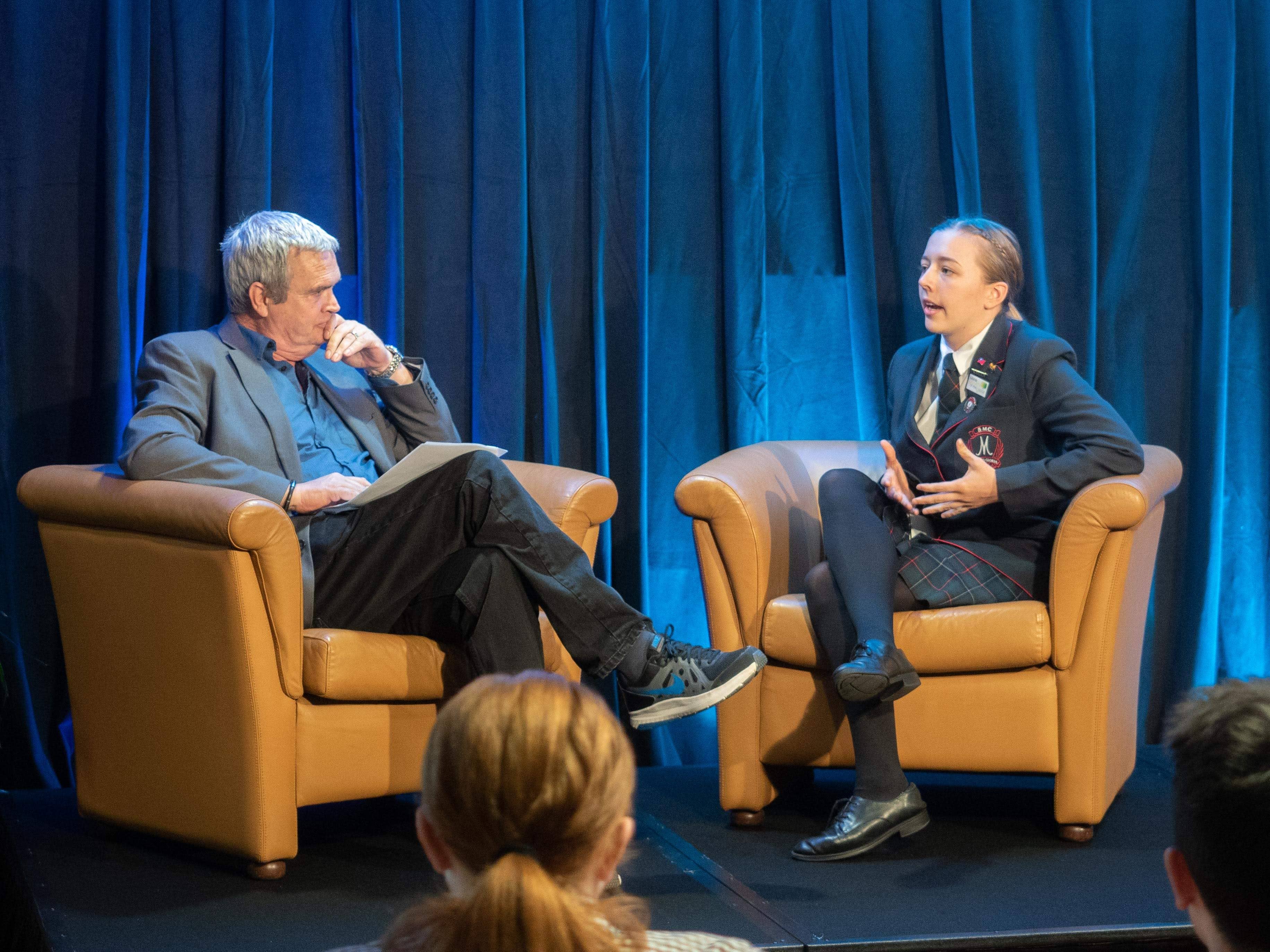