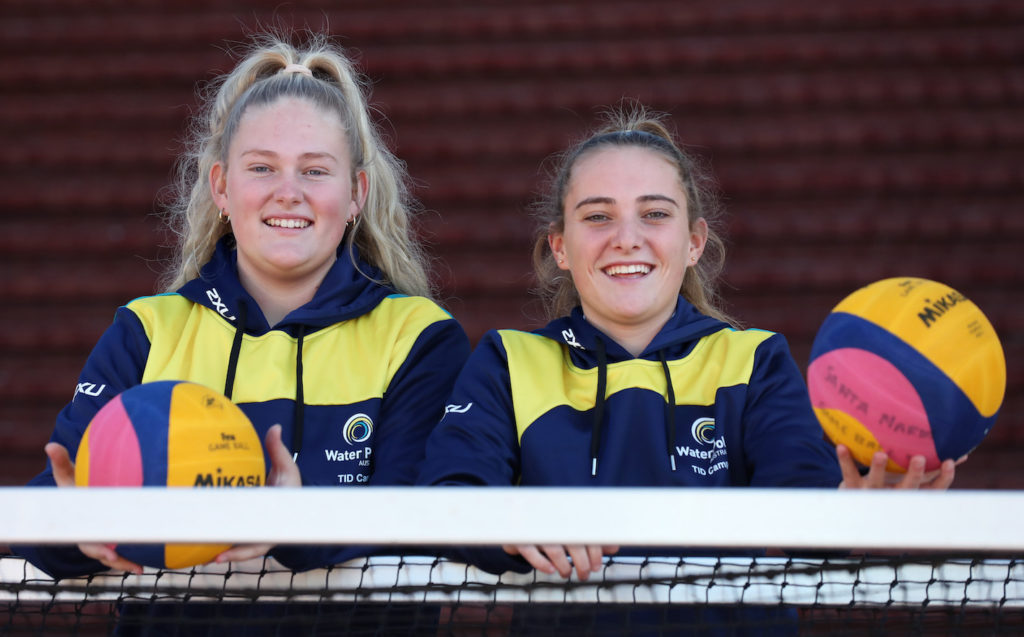 Congratulations to Year 12 students Macy Sicree and Jessica Craig, who have been selected to play for Australia at the International U21 Invitational Water Polo Championships in New Zealand later this month.

Both girls play for the Melville Water Polo Club. Macy said, “The pool is right on the river making it a great place to train and play.”

The girls have been playing water polo for eight years and both started out playing flippa ball, a modified version of water polo.

We asked the girls to tell us a little about their love of water polo.

What do you love most about the sport?

Macy: My favourite thing about water polo is the community. Everyone within the sport has shared similar experiences and struggles. Having a group of people who understand these feelings makes for a great group of friends. Being so close with my team definitely shows in our games as we all understand each other and work well together.

Jessica: I love playing in a team and being able to support and learn from each other. The team environment especially in my club team has taught me how important it is to not only be focussed on the task present but also the cohesion of the team.

What are you looking forward to most about playing for Australia?

Macy: I am really looking forward to working with girls from other states. Within different states and clubs, some tactics and skills are more dominant, and I cannot wait to learn new tactics and ways of playing from other players and coaches.

Jessica: I am very excited about wearing the uniform with pride and being able to experience the environment that comes with overseas competition. I believe I am going to be able to expand my knowledge within the sport and learn many new things.

What are your goals for the future as far as your water polo goes?

Macy: A short-term goal of mine is to make the Under 19s WA team and play at the state championships later in the year.  Long term, I am hoping to make the Fremantle Marlins’ National League team.

Jessica: A short-term goal after this competition is to make the Under 19s WA team and be able to perform well at the state championship competition later in the year. I hope that in the future I will be able to make the Fremantle Marlins’ team and play in the Australian Water Polo League. A long-term goal is to continue with some coaching within my club.

We wish the girls all the best in New Zealand and in achieving theirr future water polo goals.