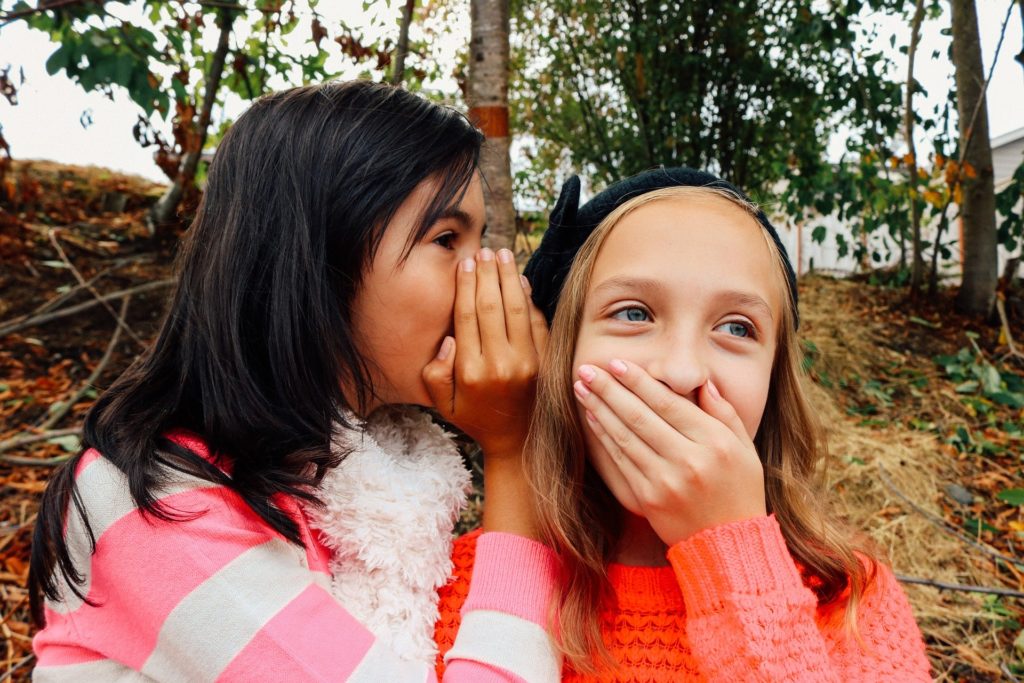 It was Monday afternoon and I felt helpless as Carrie, a Year 6 student, sat on the couch in the school’s front office, knees pulled up to her chest, rocking and sobbing. She could barely tell me what was wrong, so we phoned her mother and asked her to come into school.

When her mum arrived, it came out that over the weekend, Carrie had attended a sleepover with four other friends. In confidence, she had told them that she felt uncomfortable around one of their classmates, Jenna, who was very outgoing. Carrie is a quiet child and she said she felt a bit intimidated.

By Monday morning, the gossip had begun. There was a cyclone of whispers. There was giggling and pointing, and the story had transformed to, ‘Carrie hates Jenna and was saying terrible things about her’. Of course, Jenna felt hurt. She gathered supporters and the drama cyclone gathering speed.

How did this happen? It’s hard to know, perhaps tall tales for attention, or children using the information as currency? Probably both. It doesn’t really matter. The perceived crime was never going to compare to the weapon of revenge…. Gossip. Word had spread in a heartbeat. There was innuendo, scorn, and a hatred that is saved for those who break the social and moral order of a playground community.

That said, gossip isn’t a weapon only used by adolescents. It is used at every age, in every social class, all over the world.  It is insidious. It is easy to initiate, difficult to counter and it can devastate the target. From an early age, we learn to recognise the power of gossip and as much as we all fear it, we have all been guilty of participating.

Technically, gossip is just conversation about someone who isn’t present. By that definition, we all do it constantly and it is almost impossible not to gossip. However, gossip can be broken down into types; neutral, positive, or negative.

Research tells us that the vast majority of gossip is neutral, it is exchanging information in order to connect with others. About 75% of gossip is neutral. About 9% is positive, it celebrates other people’s successes and builds them up. Finally, there is negative gossip, the kind that damages a person’s reputation and social standing. Unfortunately, young people tend to participate in negative gossip more than adults. This is the kind of gossip that can break the culture of a school, a workplace, a sporting club, or any other community.

Why do people gossip negatively? 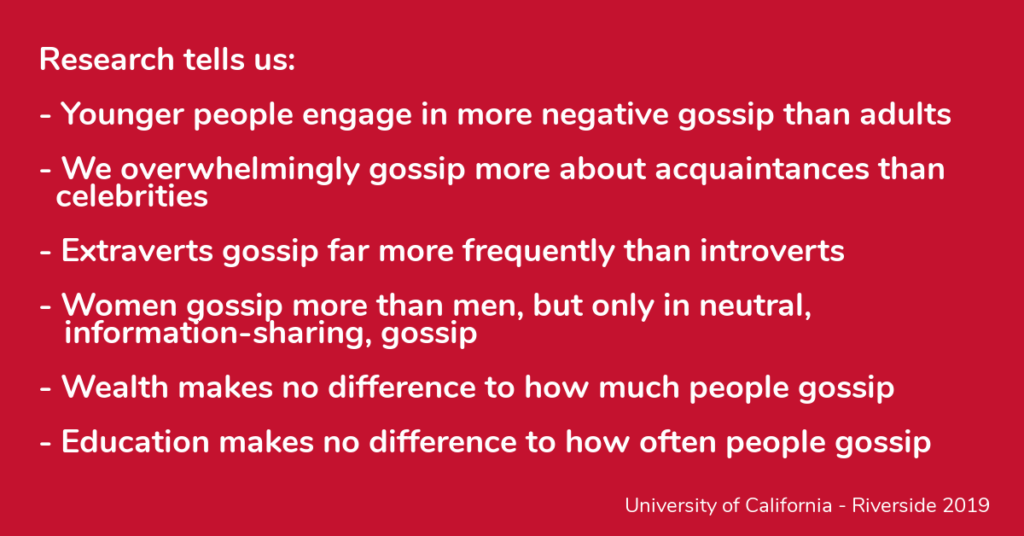 Who gets gossiped about?

The common belief is that gossip happens to everyone and then it moves on. That is often what we tell children when they are suffering, “Don’t worry, they will move on to the next person tomorrow”. The problem is, gossip does discriminate. There is usually more gossip about kids who are socially vulnerable. They may be vulnerable due to poverty, race, sexuality, or any other social discriminator, even just popularity. For example, a teenager who is Indigenous who drinks alcohol will be spoken about differently than their Caucasian peers. It’s not fair.

We have to break this idea that gossip is shared around equally, it isn’t. By saying it is, we invalidate the real discrimination that is going on. Gossip further disempowers those who are already struggling and perpetuates unhelpful stereotypes.

How do we change a culture of mean gossip?

3. If they don’t think they can shut gossip down verbally, teach kids the value of their body language. Tell them, “When someone is gossiping, look away, and don’t say anything. Don’t smile or nod. Say nothing and then change the subject.”

4. Even just acknowledging gossip is a problem and telling children that it won’t be tolerated will put them on notice.

When I think about Carrie, I have no doubt she will be just fine, but I know she will internalise lessons from her experience. The worry is which lessons will she take on? Will she learn not to trust people? Will she learn that you’re never really safe?