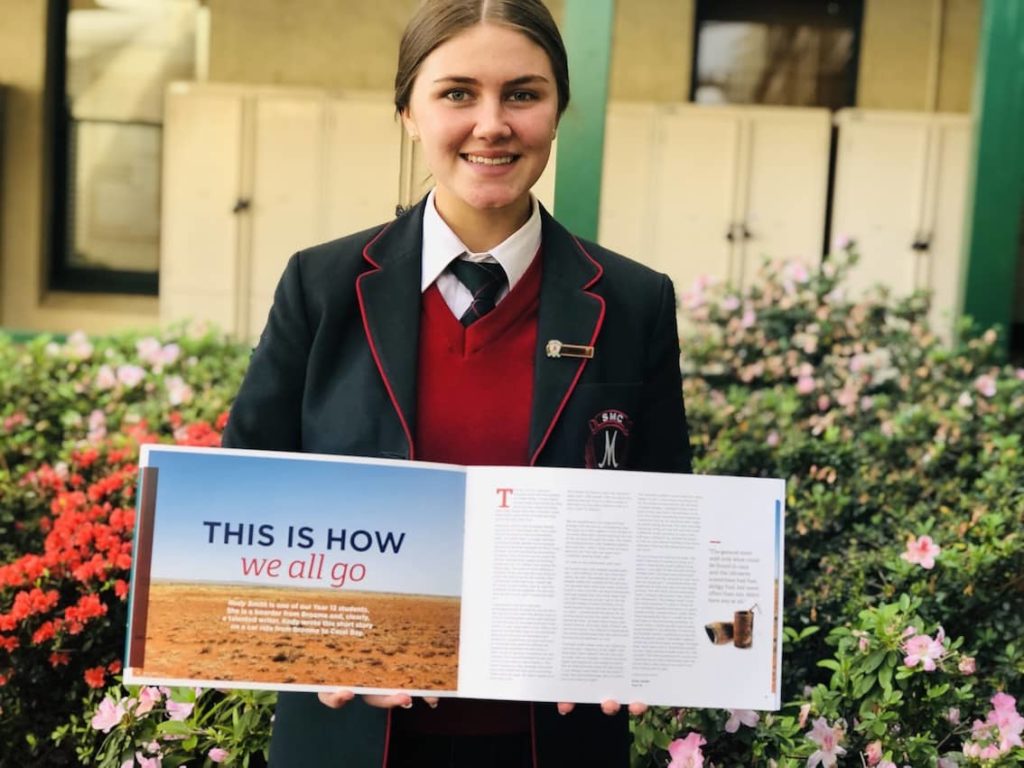 Congratulations to Year 12 student Kody Smith who was recently awarded a Highly Commended in the Tim Winton Young Writer’s Award. Kody received the award for her story ‘This Is How We All Go’.

The Tim Winton Award for Young Writers is in its 27th year. The creative writing award is open to Western Australian school students and encourages imagination, innovation and creativity.

We asked Kody about her story.

Why did you write the story?
I wrote the story for an English assessment, we had a few weeks to complete it at home.

What was your inspiration behind your story ‘This Is How We All Go’?
In the initial stages of writing my story, I was struggling to find any inspiration or plot to the story. It sort of just evolved into what it became through the guidelines of the assessment.

What is the story about?
The story covers the effects of life strains on important relationships and the way a person can be lost in the pressure and stress of life.

We heard you wrote it in the car between Broome and Port Hedland, can you tell us a little about that?
The drive between Port Headland and Broome is one that is not uncommon to me, and it just so happened that when the story needed to be written that’s where I was. I found the bare plains something of an inspiration and a good basis for my story, which established the setting and inspired much of the plot.

How long did it take you to write it?
To be completely honest, I wasn’t very motivated to write the initial story with a lack of ideas and inspiration. When the due date was impending and it had to be written, the story only took me a couple of days to complete. However, since handing in the assessment I have continued to work on and improve the story with the help of Mr Philips and Ms Johnson.

You can read Kody’s story in the latest De La Vida magazine.