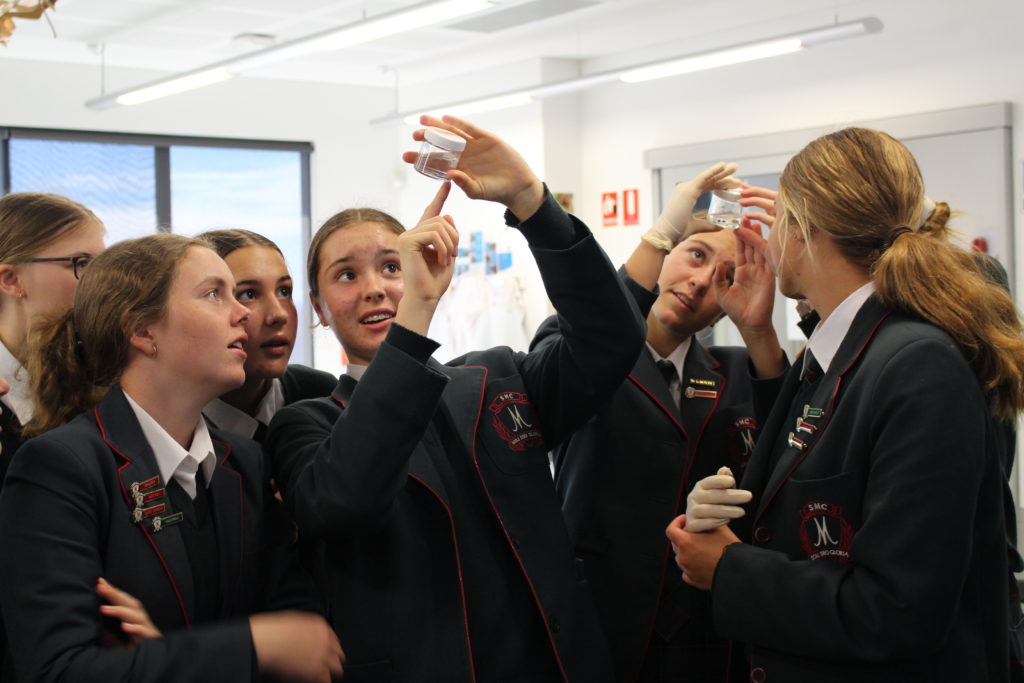 Jessica Moretti and Rebecca Ong are Neuroscience students from UWA. Our Year 10 Brainstem students were fortunate to have Jessica and Rebecca visit their class this week.

The guests talked to the girls about comparative brain anatomy between different animals including guinea pigs, mice and birds. The relationship between the area of the brain that was well developed and the environments the animals lived in was explored. 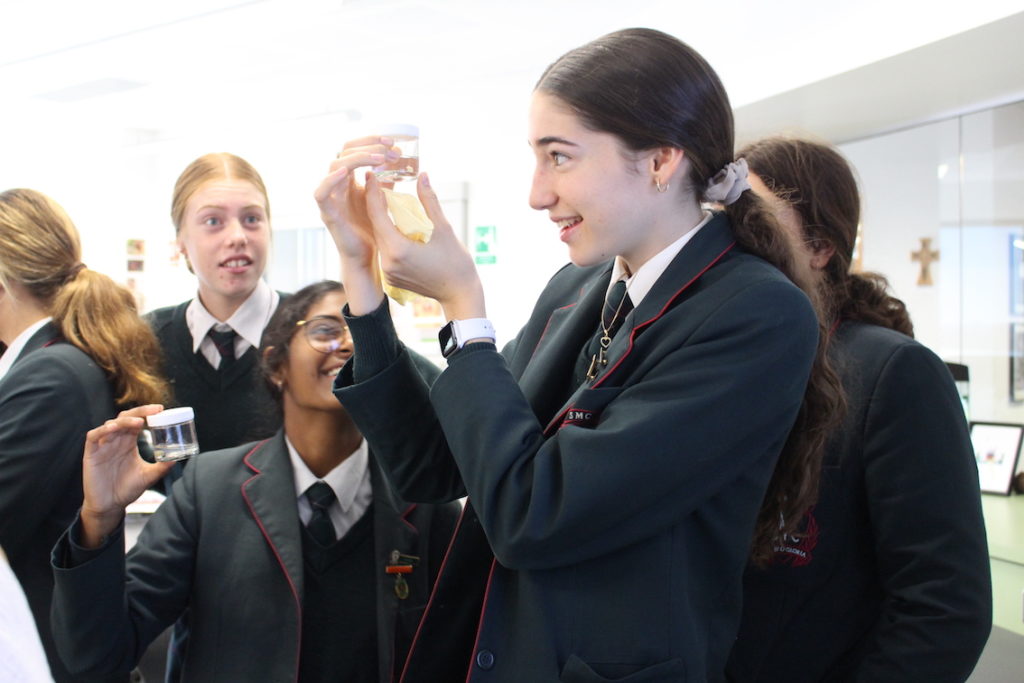 Students were able to view the brains of different animals and 3D printed brain models to reinforce many of these comparisons. The guests also shared their research experiences, the methodology they follow to conduct an experiment and their science career pathways.

Jessica is currently completing her PhD in brain stimulation and cognition and Rebecca is completing Honours and is looking at the relationship between neuronal effects following a burn injury. 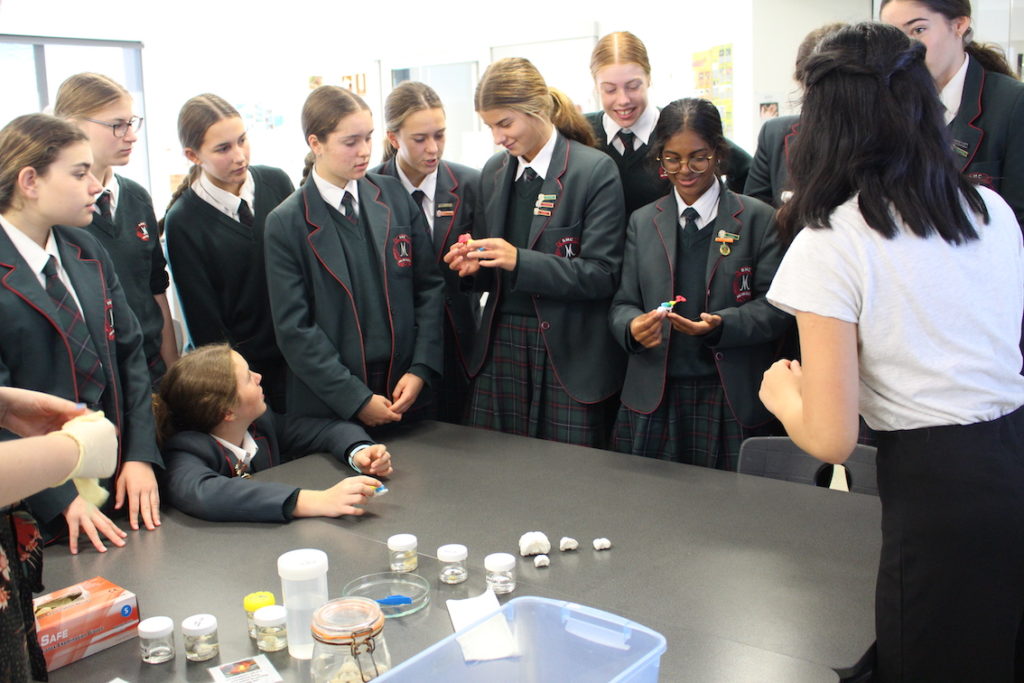 The Brainstem incursion was a great experience for me. I loved learning about the differences between each animal’s brain and found it extremely useful that I already had some idea of the general functions of the brain. This previous knowledge definitely helped me understand what the presenters were talking about. I also liked the hands-on experience of feeling the real brain and eyes of a sheep. I would certainly recommend it to future Brainstem students. Zima-Jade Henderson

The guest speakers were great! I thought it was really interesting learning about all the different animals’ brain structures and how big they are compared to the human brain. It was interesting to see how big a mouse’s brain was in comparison to its eyes, and the different career paths the two guest speakers took, which both seem very intriguing. Monique Geiles

The visit offered a great insight into the research Jessica and Rebecca are doing at the University of Western Australia. As researchers, they told us about their scientific research, which they are conducting with mice to see their reactions and their memory storage. The UWA students also showed the class replicas of certain mammals’ brains which they were studying. After their talk, I might consider the pathway of research. I found it fascinating learning about what Jessica and Rebecca had to offer. Their talk opened my eyes to the incredible world of animal brains scientists have discovered and what they have researched. Tisya Chowdhary