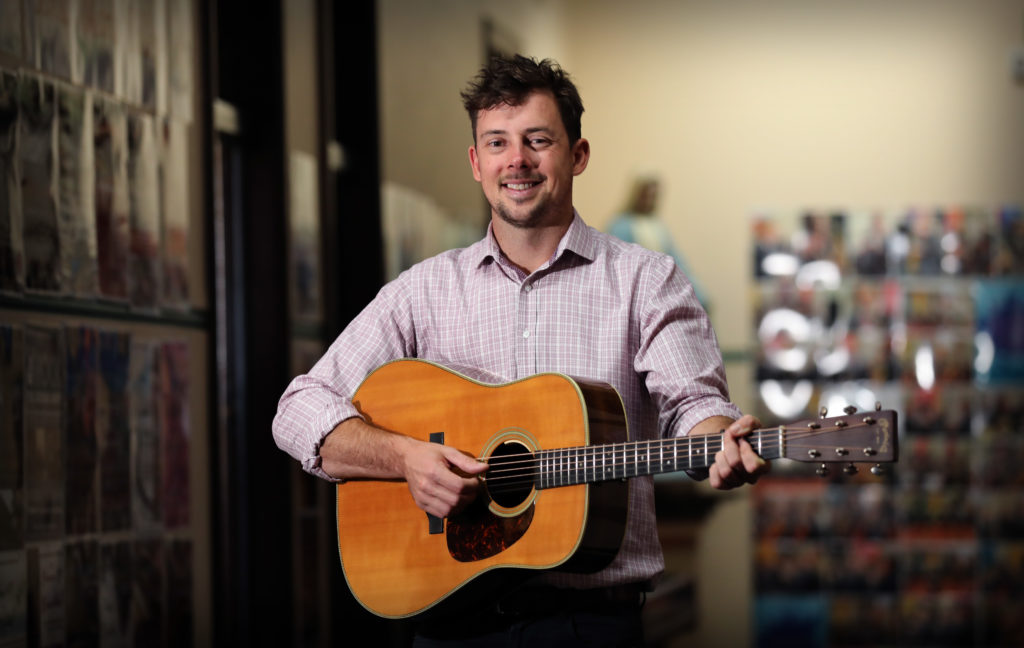 What do you enjoy about your role here as a music tutor?

I enjoy being able to share my love of music and help inspire students to develop their skills and passion for the guitar. Seeing the next step of success achieved, no matter how big or small, is exciting to me and such a reward in itself.

What is your music style?

I am a campfire singer/guitarist at heart! Sharing music with friends and family is something I enjoyed when first learning to play and still do now 17 years later. Contemporary guitar, in general, is my style but most things I play seem to sound a little country/ classic rock, which have been favourites of mine over the years.

What instruments do you play?

The guitar is my main instrument and the only one I have been trained to play. But I have a knowledge of vocals, harmonica, drums, bass guitar, and a couple of notes on the piano! 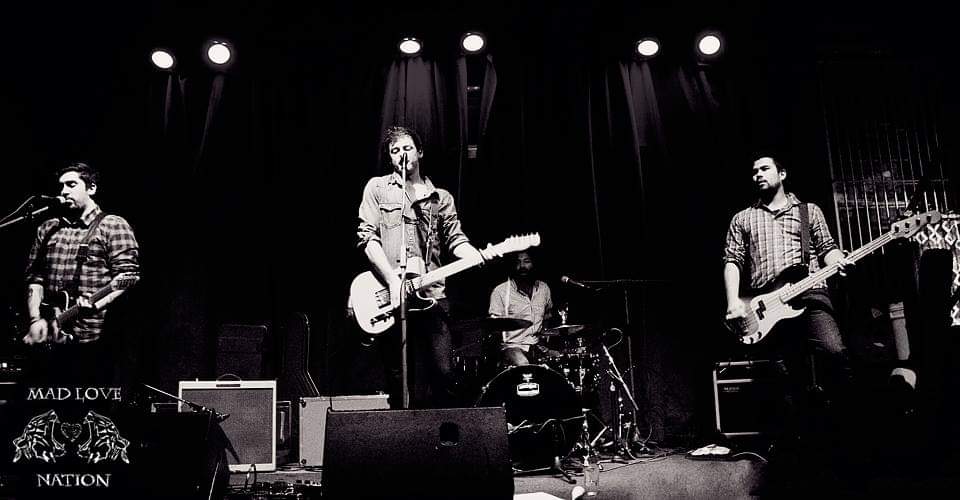 Who is your favourite musician / or influence and why?

My Favourite musicians are from the classic rock era of the 1970s and ’80s. The likes of Bruce Springsteen, The Eagles, and Neil Young. I sometimes think I was born 30 years too late! This kind of music thumped around my family home (even louder on the weekends) for all of my childhood and my parent’s taste in music certainly rubbed off on me as a teenager. I also love newer music from artists like Jack Johnson and John Mayer. I’m always looking for something new to listen to or learn to play and inspiration can come from anywhere!

What is the best music concert you’ve been to?

The best concert I’ve ever been to was a short one-hour set by the Doobie Brothers at the Blues & Roots Festival in Fremantle. They blew everyone away with a 10-piece band, complete with two drummers, playing all of their hit songs that a lot of the crowd (including me!) didn’t know were theirs! a truly awesome show!

Tell us a little about your own music pursuits

I have tried my hand at a few different musical pursuits some great and some not so much! Starting out busking at the local markets at age 15, playing in high school bands and other bands with friends outside of school, the usual for a teenage ‘wanna-be’ musician! I had an original band called Queen’s Boulevarde, we played small venues around Perth in 2011 and ’12. That outfit dissolved and became an acoustic covers duo playing regular gigs around Perth for the next two years. I recorded and released a solo EP with a band of talented friends during this time, which I’m quite proud of and was lucky to do.

For the past four years, I’ve been playing in another acoustic covers duo playing all over Perth and even a trip to the Northern Territory for the Darwin Cup, which was a great experience.  Currently, I am studying a Bachelor of Music Education at WAAPA due to complete in 2023. 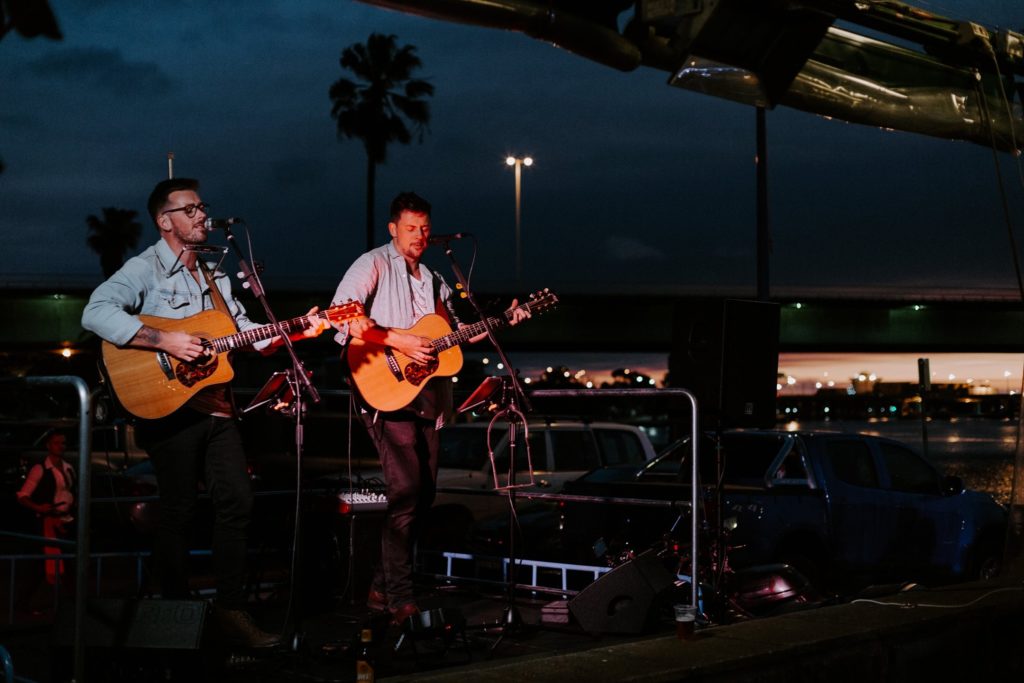