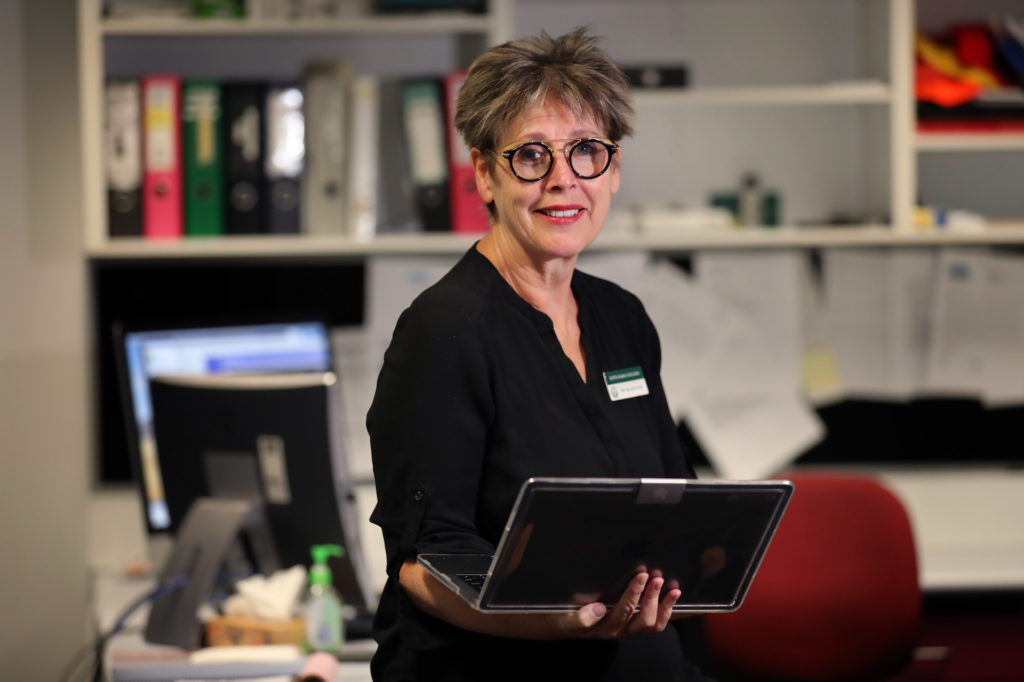 What is your role in the College?

What was your career path to SMC?

I started working in IT in the United Kingdom and was fortunate to receive training on Hewlett Packard systems, which led to me being employed by Hewlett Packard when I came to Australia in the 1980s. Back then the systems were propriety and it wasn’t until the 1990s that I began to support the Windows environment and subsequently Apple when Santa Maria introduced the 1:1 program about 12 years ago.

When I left Hewlett Packard, I moved into the mining industry and worked in system administration and communications to the remote sites for CRA/Rio Tinto and Chevron. However, increased travel to remote sites became difficult to balance with family life so I made a shift to IT support in education, initially working in a Perth boys’ school before coming to Santa Maria in 2003.

I was originally employed at Santa Maria to look after the wireless network, which was in its infancy, and 30 Dell laptops that the students used to borrow for a lesson.  How times have changed!

What technological change do you think has had the most significance since you started working in IT?

There have been so many, but I would probably say that the smart phone has been the game-changer in society regarding how we communicate and share information.

What was the first computer model you owned or worked on?

The first computer that I owned was a Pentium PC with dual 5.25” and 3.5” floppy disk drives. The 3.5” drive only held 1.44 MB of data. Microsoft Office Pro 97 was packaged as a set of up to 46 install disks. Subsequently, Microsoft moved its software installations to CD. Today we download the package from their website in a matter of minutes and simply click to install.

The first computer that I worked on was the HP260 small business computer which came with an expansive cabinet that included a keyboard built into the desktop and a terminal monitor that could slide along the desktop and swivel, it also had an 8” disk drive. There’s a model in HP’s computer museum!

What do you always notice about SMC girls?

Respect. I consider the girls to be very respectful and polite, even if they happen to have issues with their laptop or their data which can be frustrating and sometimes stressful for them.

What is your favourite thing about Santa Maria?

There are so many things to be grateful for at Santa Maria that it is hard to have a favourite, but certainly arriving every morning and joining the professional, enthusiastic team in ICT rates highly.