Why a Mobile Phone Ban is a Gift to Students 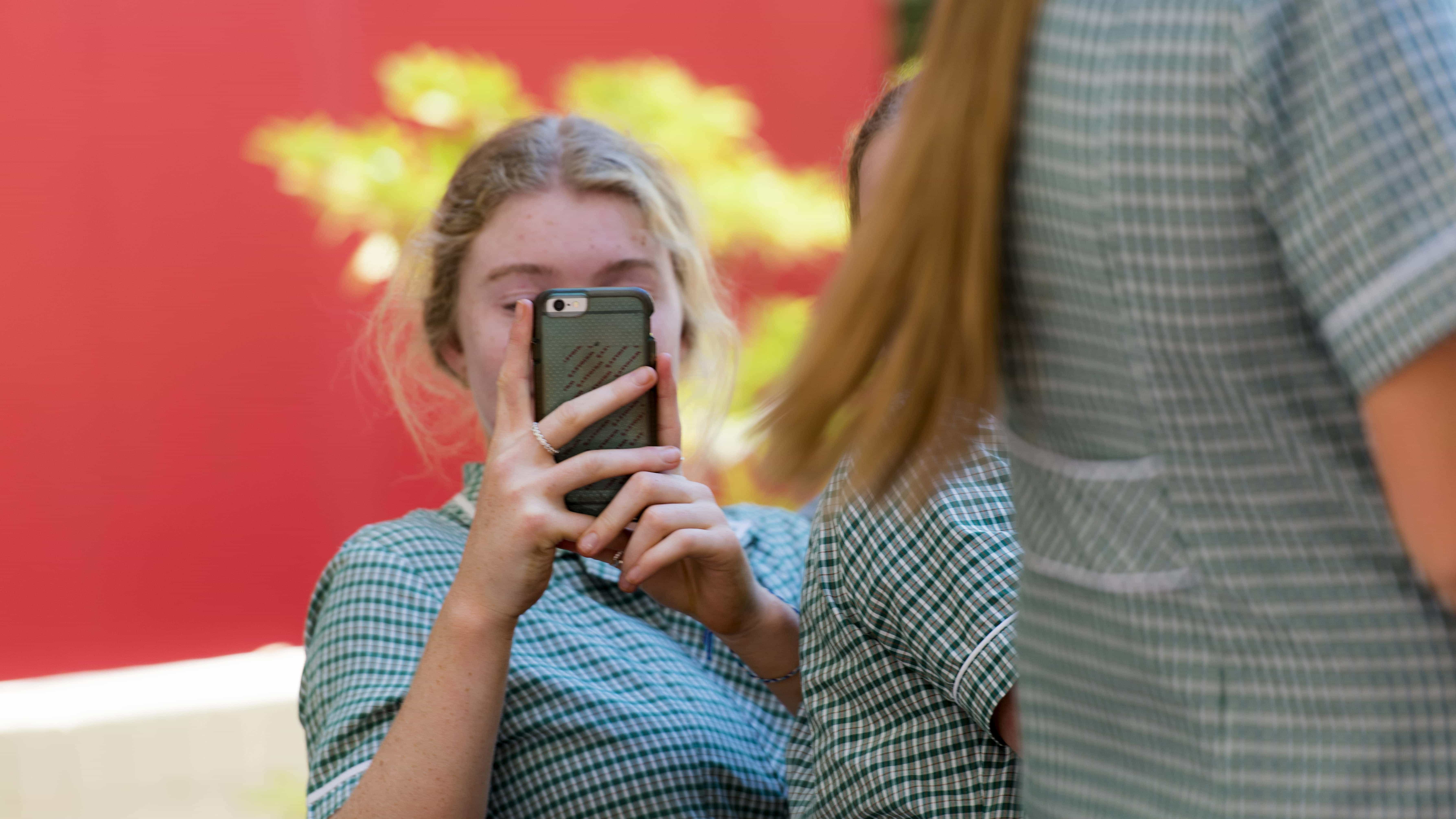 The fact that parents believe mobile phones are essential to keeping kids safe is testament to the power of marketing. If phone companies really were worried about the wellbeing of children, they would be heavily marketing cheap ‘dumb’ phones…phones that just make calls. But that isn’t the case.

Mobile phones may have started out as devices to keep us connected and safe, but then they became ‘smart’ phones. Now they are entertainment systems, baby sitters, distractions, sources of anxiety and at worst weapons in social wars. They no longer act as a way of keeping parents and kids connected, in fact they can drive a wedge between us.

Phones are no longer in the control of parents. Try taking a phone from a teen and you will quickly realise how much a part of their sense of self a phone can be. It is for them only. It’s an interesting phenomenon that a device designed to keep us connected can pull a child so quickly and so often away from the present moment and present company.

The main problem caused by phones in a school environment is the sheer time and mental energy given to social media applications. Unfortunately, the reality is that most tweens and early teens are not able to self regulate well enough to resist the temptation to constantly check these apps. They also want to feed these apps with fresh content, which leads to the inappropriate use of time and phone cameras.

The SnapChat app, in particular, is a time-sapping, anxiety-inducing pest. On SnapChat kids become part of ‘Streaks’ which are another piece of marketing genius. Essentially it encourages kids to message back and forth with others consistently enough to form a ‘streak’. If you break the streak by not responding, you break the friendship. Kids take this very seriously. Breaking a streak on SnapChat means breaking a friendship in real life. Consequently, teens will pay close attention to their phones to keep the streak alive. You can’t access Snap Chat on a laptop, so…no phone, no SnapChat.

SnapChat aside, we know that even the sound of a text message pinging on our phones induces a dopamine hit. It causes a level of physical excitement. If the phone is out of reach, that excitement can turn into anxiety. In this way Ms House says that, “Their phones are their frenemies. They feel as though they need them, but they also feel pressure from them.” They have no privacy…no space. Many girls will be relieved to have the time away from this pressure. 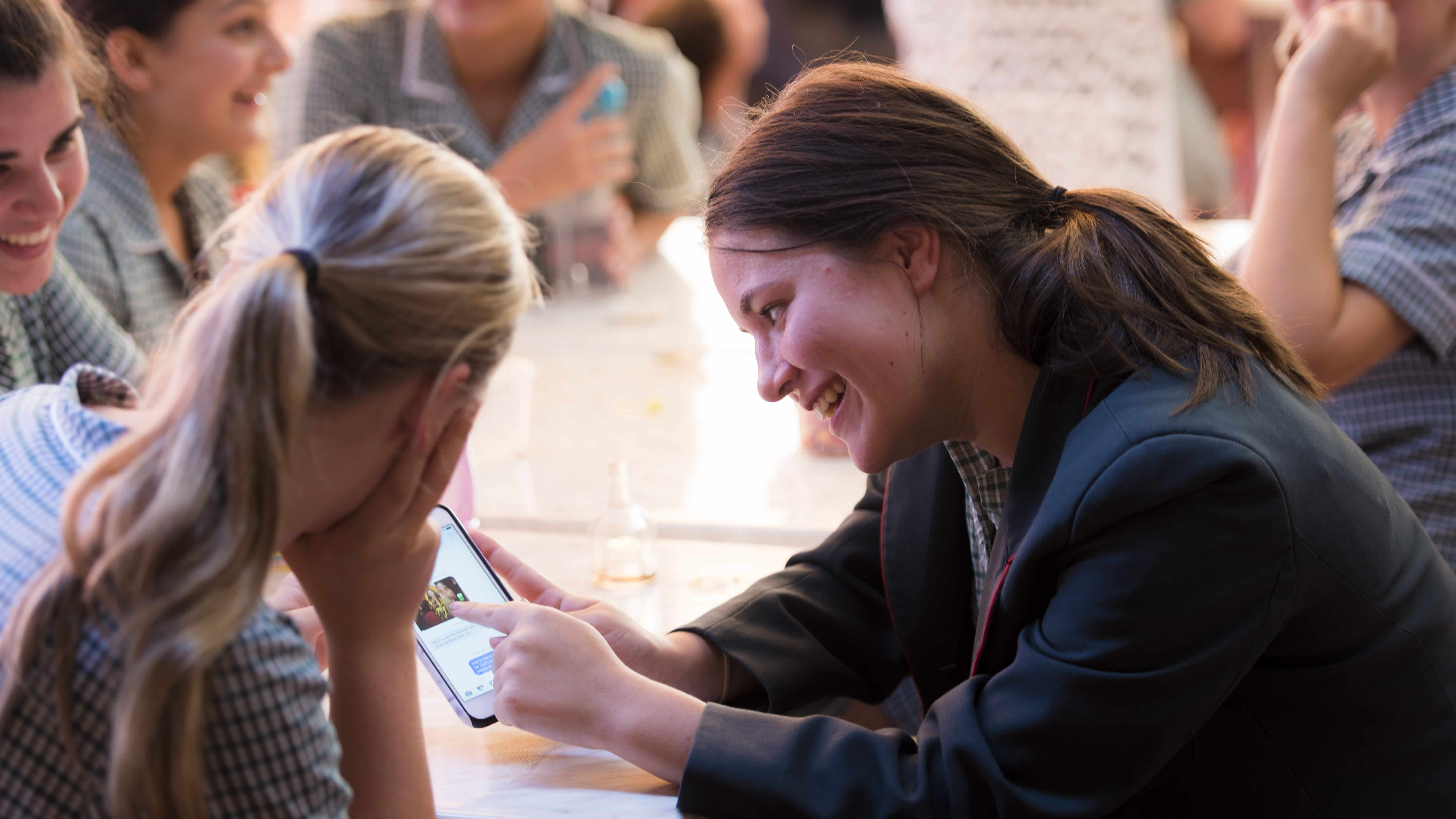 If the day is divided into three parts: Sleep, school and recreation time, then two of those parts should be phone free. It is essential that kids get uninterrupted sleep. There is extensive research available supporting the idea that phones should never be in the bedroom. If kids get great sleep they will be mentally, physically and emotionally prepared for their day. School should also be a phone-free section of the day. Students need the freedom to think, learn and develop good social skills. Phones aren’t a part of that.

It is probable that some students will really struggle with being phone-free for a whole school day. It is indicative of a societal problem and it is not just kids who develop digital addiction. Adults are very quick to judge young people over their phone use, but I’d suggest that many adults suffer from similar dependency. We tend not to examine our own phone use and the impact it has on our relationships and productivity.

Some parties argue that phones have educative value and can be incorporated into the curriculum. Truth is, there aren’t many things that can be done on a phone that can’t be done on a laptop computer, including communicating with parents by email if necessary. Granted, there are a few phone apps that have great teaching value. However, the couple of minutes that you would use them for in a school week does not justify carrying the distraction of a phone around all day and all week. And if an exception does need to be made, a teacher can make it.

All of this said, school does have to prepare kids for life in the real world. For this reason, Santa Maria College allows phones in Years 11 and 12. By that stage students are 16, 17 and 18 years old. At this point in their lives they need to be learning how to manage themselves and their time effectively. Part of that process is managing their use of mobile devices. Digital citizenship, responsibility and phone etiquette are important aspects of the curriculum and important aspects of life.

There is no doubt that mobile phones are a valuable tool. When used appropriately they make life easier. The challenge for schools and parents is to teach children the difference between using technology and being used by it. And until kids master that differentiation, we must help them by making some decisions for them.