The audience included Principal, Mrs Jen Oaten, Deputy Principal Mission, Mrs Helen Chaffer, members of the College Management Team, parents and friends. The Wandoo Hall was filled to capacity, having been transformed over the course of three days into a performance venue with full sound, staging and lighting. Thank you to Mr Taylor Cutts, Mr Jeremy Stewart, Hari Yusef and Mrs Kate Jenkin for assisting with the stage preparation.

The performance was divided into two sections, with the instrumental ensembles performing first followed by the choral groups in the second half. All of the groups rehearsed throughout Term 3 in preparation for this event with the traditional emphasis on contemporary pieces and songs ranging from a memorable performance of “Naughty” from the Years 5 and 6 Choir to the stirring orchestral arrangement of “The Greatest Showman”. A staff rhythm section accompanied each of the Choral groups, with the full Massed Choir concluding the performance in fine style with a song from the recent animated film, Moana. 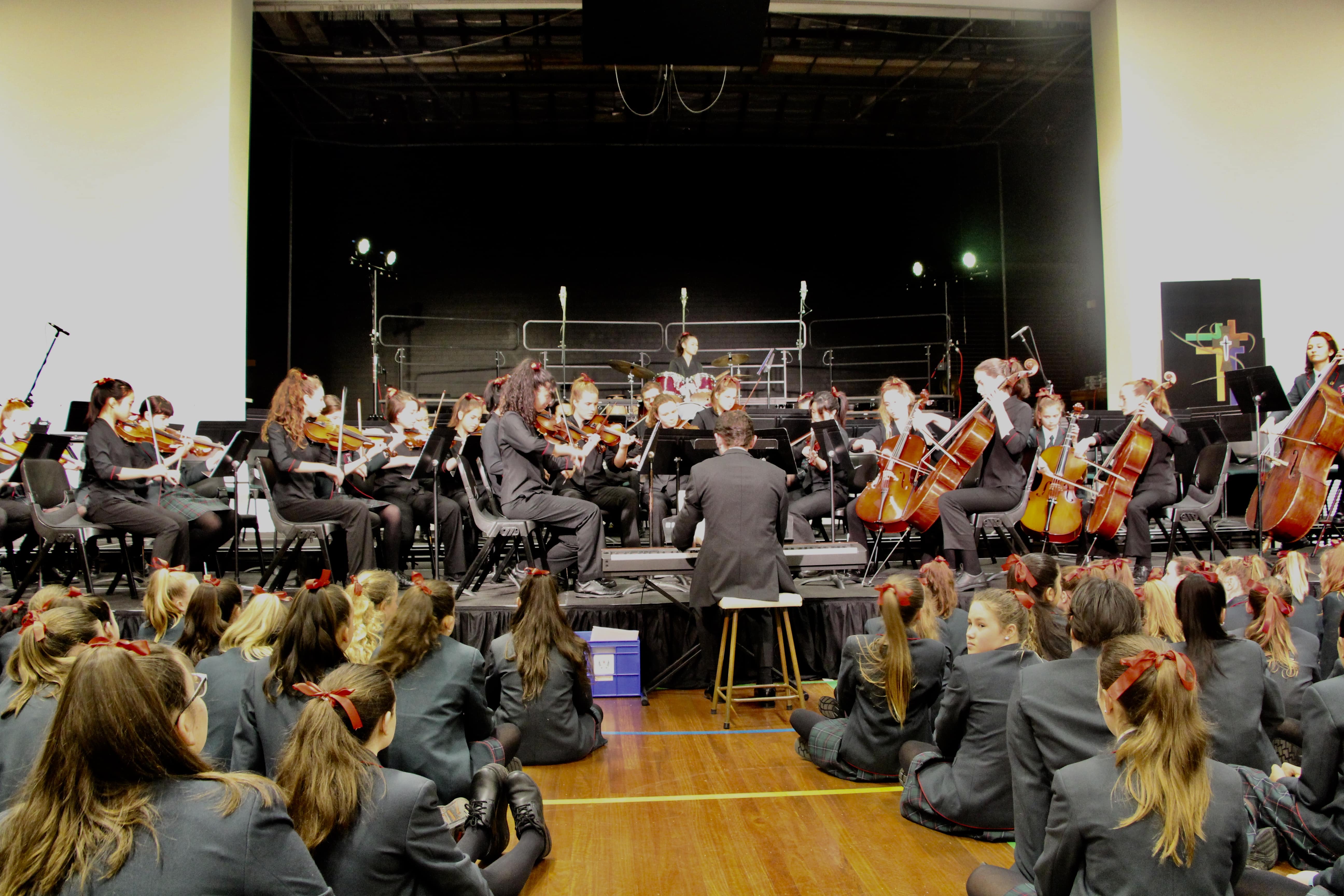