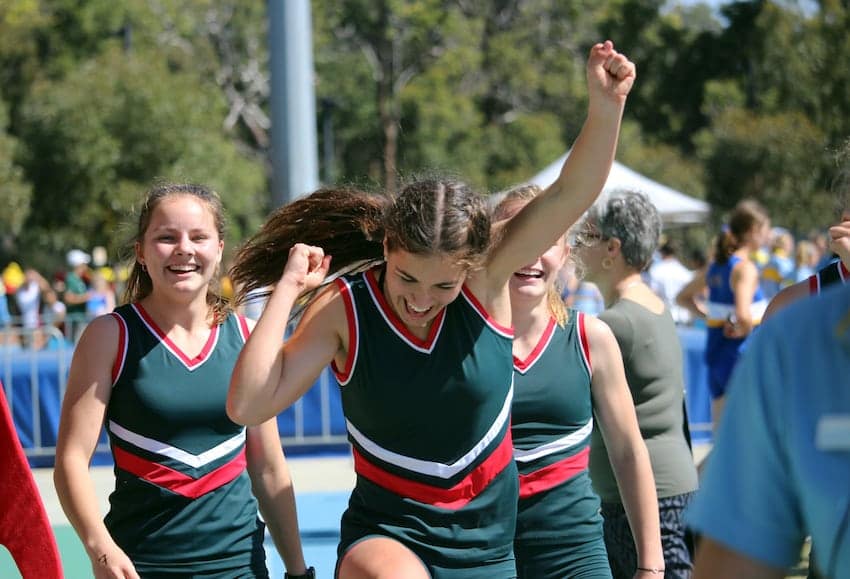 On Tuesday, the Santa Maria athletics team competed at the IGSSA Athletics Carnival. The girls had set themselves some big goals for the 2017 season and the mood around the team was extremely positive and enthusiastic.

We had some outstanding performances on the day with so many athletes achieving personal best results. The team supported each other so well and we couldn’t be prouder of the girls.

The results for the day were the closest they have been in years with Santa Maria finishing an outstanding 2nd place, only 9 points behind Penrhos. Our track team won the pennant for the second year in a row and our field team went from fifth in 2016 to second place in 2017 which is an incredible improvement. Our Year 9 and 10 teams won their Year group pennants, which is another outstanding achievement.

A special mention must go to Imogen Taylor who broke the Year 12 shot put record. In addition Ella Mills, Adele Smith, Iysha O’Meara and Jenna Bain broke the Year 10 4 x 100m relay record by over 1.5 seconds. This record had been in place since 1975 and I’m sure we’ll see these girls do fabulous things in the athletics arena in years to come.

We are so proud of the team that competed and are already looking forward to seeing what they can do in 2018!