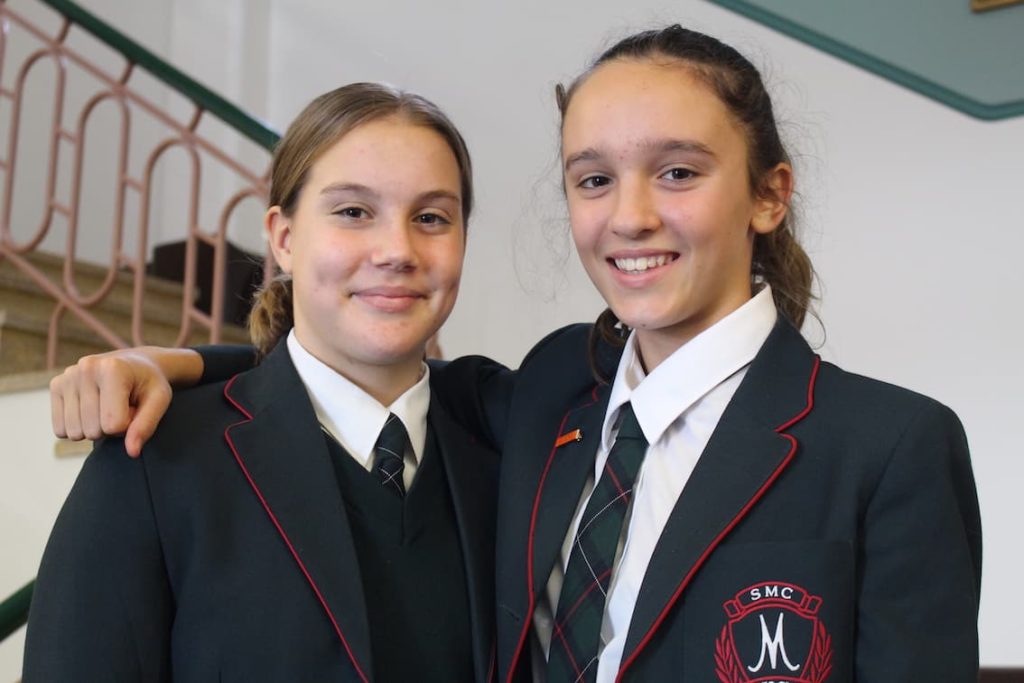 Congratulations to Year 7 netballers Lana Fitzgerald and Teagan Begovic who have both been selected to represent WA in the 2019 Netball 12s Championships in Canberra in September.

Both girls play for Tingara Netball Club. Lara has been playing netball for five years and Teagan for six years.

Lana is currently a defender with her preferred position being goal defence. Teagan is a shooter, playing goal attack and goal shooter.

“I really love many things about netball, especially the social aspect of the sport and the chance to learn and develop my skills,” Lana said.

Teagan said, “I love working as a team to get the ball down to the goal and am excited to be playing with my very good friend Lana.”