The White Run by Eva Cocks 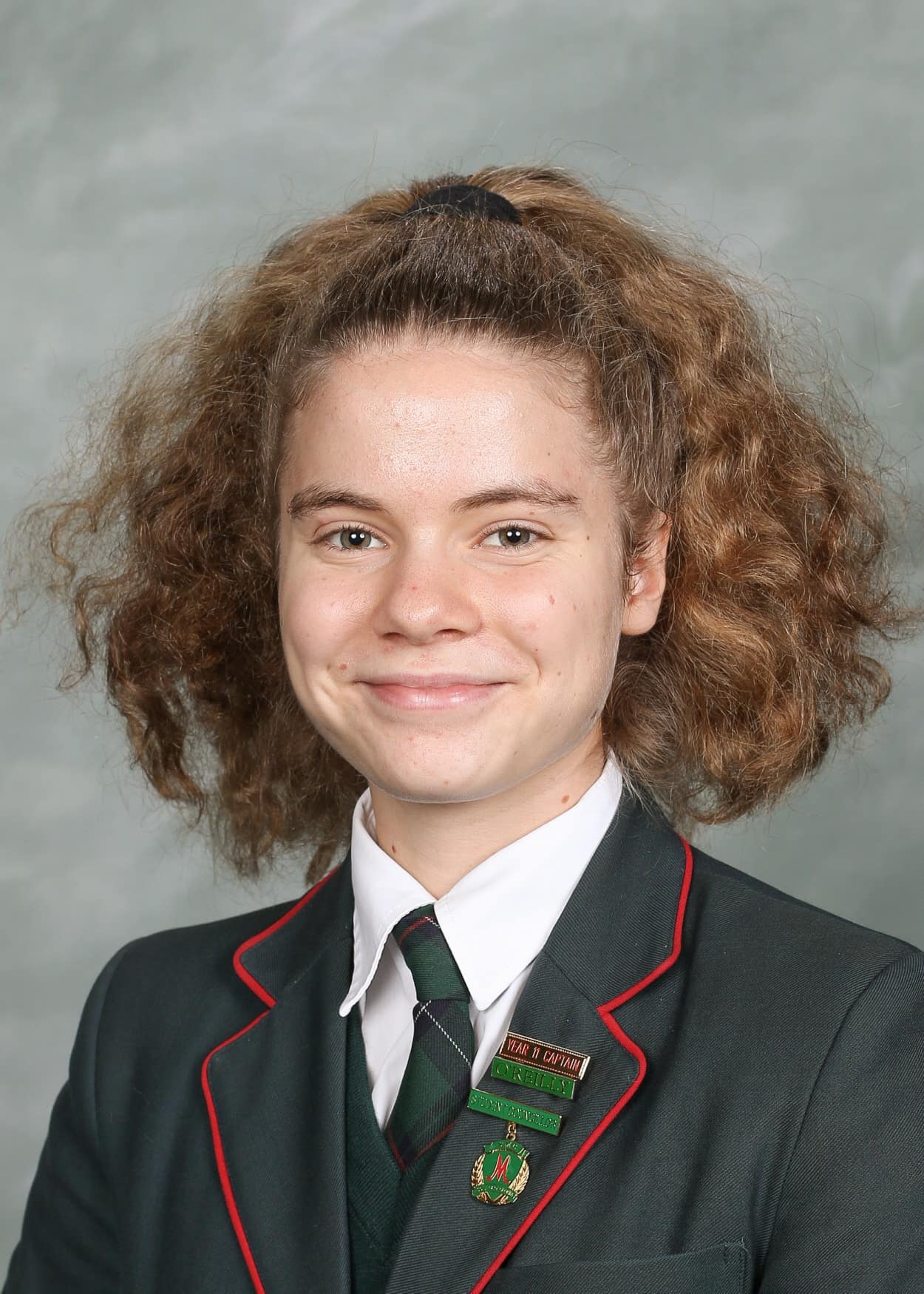 Grey clouds sponge their way out to the horizon, filling the sky with undulating cotton-wool waves. Suffocating. Squishy. The sea below, a choppy liquid metal, frets like a trapped animal under the sky’s ominous gaze. It throws up various talismans in its unrest – broken shells, crumbling rocks and bits of old rope. In the crook of the bay’s arm, a tiny town huddles lopsidedly between nowhere and nothing special.

Walking home along the sandy bay, a man’s eyes gaze out at the water. Alongside, his brindle mutt trots on the gritty sand. Tom’s flannelette shirt, all grubby sleeves and eaten holes, is scrabbled by the wind’s fingers. The dog spies a half-buried stick and lopes over to retrieve it. Grabbing it in yellow teeth, salt and sand speckle his tongue. He drops it at his master, and backs off shaking, a small mewl calling for at least one throw. Reluctantly, the man eases himself down to the stick and flings it with a cruel force into the spray.

The dog leaps into the ocean’s cold embrace after the driftwood. Paddling with small strokes and big panting breaths, he climbs salty wave after salty wave. Currents swirl the sea-grass meadow below, green and black and strong. On shore Tom is tiny now, his stature outdone by the dunes guarding the land like soldiers under siege. A cape of sparse, stunted vegetation cloaks their shoulders, trying in vain to keep them warm. The miniature man picks his way across it, shaking sand out of his sodden shoes and salty tears out of his creased eyes. The dog yelps, surrendering to the gushing salt water as it burns down his throat. Abandoning the stick, the dog begins to paddle to shore with the water’s strong arms guiding him.

The fibro shack kneels in the wind, praying the next salty gust wouldn’t chip away too much of its crumbling exterior. Dave, the neighbour, leans over its sagging timber fence, his beer-gut straining against the crude splinters. “Hey Tom,” he says, scratching the morning’s toast crumbs from his steel-wool beard. “Morning,” comes the curt reply from Tom slouching up his porch steps.

Trying to clutch at the ends of a frayed conversation, Dave says, “Baz down at the general store told me that some guys pulled up some whites in their pots this morning. Do ya reckon the White Run has started then?”

“What? Are you telling me all this happened overnight? One magical night and they all scuttle to Windy Harbour,” Tom spits, walking across the sandy cracks of the shack’s porch. The screen door, salty and holy, bangs in the wind as he enters, the lock steel and new against the stiff handle.

“She must have been quite a lady,” Dave mutters, as a brindle mutt ambles over the verge to Tom’s house.

The 1970s shag-pile carpet melts across the shack’s floor, trapping all the comings and goings of various people in its off-white fingers. The smell of canned prunes permeates upwards and swirls about the room. Treading heavily across the mess, Tom heads towards the kitchen and breakfast. Slightly-curled pamphlets of the town’s local businesses and attractions adorn the little noticeboard in the hallway. Barb used to collect them to show the town wasn’t dead. “Windy Harbour is a battler, no matter how many jump ship and head up to Perth,” she’d say, as she pinned up the tacky ads with pride, smiling over her shoulder at his indifference. Paper was all she was in the end, the same white as the itchy hospital sheets.

Cracking open the old fridge, a wave of moldy cheese and meat juice hits him like a blunt shovel, making him sniff and blink in the open door’s light. Jeering at him, assorted casseroles crowd for a better view. A ruse of fake compassion and sympathy, obscured by condensation-streaked Glad Wrap and concerned Tupperware. He remembered when Dave’s missus dropped over the first one. She called out “hello” through chapped lips, her knock a subtle peck at the door. He didn’t answer and after she placed the casserole on the doormat, the quick retreat of footsteps could be heard. She’d only come for Barb after all.

A flannelette arm reaches around the rotting stack, searching for the plastic bag of meat patties. He flings one out of the window above the rusted sink. It lands with a slap on the gritty pavers in the yard, granules of sand burrowing into the fleshy mince. A brindle eye flicks open at the sound and the dog bolts over to his meal. Licking it up, he sits under the window waiting for another morsel to sail out. His tongue lolls pink and wet out of his jowls, a paw absently feigning a ‘shake’ command in the air. “Dumb dog,” Tom grumbles as the window slams closed, “No one does that anymore”. White paint from the sill, snows down onto the dog’s expectant wet nose.

The sea slaps the worn jetty. The old men, balancing on the edge of the mottled wood, try to catch blowies with patience and greed. The buckets fill with fish, slopping and flopping their way around the murky water. Lined faces moulded by wind and filled with the salt of the ocean, crack open toothless grins as the bounty is hauled in. The man observes them as he walks to his pots. The congregation weathering before his eyes, are synonymous with the greater population of this town – in a constant state of sleeping. Even in the mid-morning sun the town is silent, except for six footfalls – two sneakers and four paws.

He needed to see if it was true. White crays meant the catch was easy. Soft. Devoid of a hard, armoured crust, they stalked from their secluded, rocky crevices back to deeper water.  Away from this town, feeling the ripple and current on their new shells. Free. If he found just one white cray, he could take out his barnacled boat and drop more pots further out on the reef. Money would walk right into the pots’ outstretched wooden arms. And he would walk right of out Windy Harbour. Free.

His tinny snoozes on the hard bank, stubbly grass stirred lazily by its snores. Grunting and shouldering, the man pushes the boat out into the rippling shallows. An ancient outboard splutters, spewing out bubbles in a single jet stream. The briny, salty smell of the tinny slides into their noses as thick motor fumes coat their throats. Tom takes them out half a mile, a tiny boat zipping out somewhere between the greys waves of water and cloud.  It slows puttering over a scraggly piece of reef breaking up the desert of sand below. A hovering yellow float sits on the water like a stoic mother tied down by and yet still protecting her responsibility. The sea tries to distract the beacon by cuffing it with constant, watery jabs, but a frayed, discoloured rope keeps it anchored against the assault.

The dog barks at the water jostling the boat. The grey water slops over its thin side, swirling viscous across the boat’s bottom. Tom pulls up his crumpled collar, hiding his leathery skin from the biting sea. “This will have to be quick Dill,” he says to the brindle dog at the tinny’s bow. Tom cuts the outboard and reaches over for the pot’s rope. As he pulls it in with quick measured tugs, Dill keeps watch over the water, growling at its many moods. Long, loping currents flow across the reef. Tough, wise-crack waves come right up close to toy with the tinny. Each crest, a cold leer. Each trough, a slippery sinking. Coarse rope lacerates Tom’s bare palms, blood trickling down to mingle with the boat’s pond. At long last the soaked wooden box surfaces, seven crustaceans clicking inside.

Muscled arms of water confront Tom’s numb hands, knocking the pot out of his reach. As he scrambles to regain control of the sinking wood, a grey slab of water pounds the tinny. Like the splashes of water a drowning man creates trying to reverse the inevitable, relentless desperate waves smack the tiny boat. Stray droplets, stinging as cigarette burns do, strafe Tom. Rough shoulders butt against the aluminum and Tom’s sneakers swash across the slick floor. His stout arms, wrenching from the soaked pot’s weight, surrender to the water’s final blow. A brutish surge pummels his chest and sucks the air from his lungs in one painful swoop. Tom tumbles into the ocean, following his precious crays home. Bubbles and salt scream against his drooping eyelids as consciousness swims past him in waves. Leaden limbs drop the pot to the reef. Floating back to the surface of the liquid-metal, Tom’s life-jacket embraces his body quietly.

Dill remains with the boat, another liquid sucker-punch throwing him with ease into the boat’s hard side. Nails clicking skittishly against metal, he stands and lurches towards the empty rope being sucked into the water. Racked by torn breaths and watery rage, Dill leaps into the ocean’s cold embrace after his master.

Somewhere out at sea, a lone tinny and single yellow float bob side by side on the restless currents. A brindle mutt climbs wave after wave searching for his master, like a fisherman searching endlessly for the perfect spot to drop his pots. On the horizon the man is tiny now, his stature outdone by the thundering swell around him. Just another white cray marching out to deeper water. Devoid of spiky armour and the tiny town huddled lopsidedly between nothing and nowhere special.

The White Run is on.