One School, One Thousand Memories. 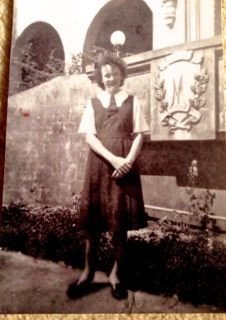 ‘My mother enrolled me at Santa Maria College because it was such a beautiful place. The original Spanish-styled building was beautiful, however, the need to provide classrooms, a chapel and accommodation for about eighty boarders and quarters for the Sisters of Mercy, meant that space was at a premium.

When I arrived two days after the beginning of the first term, all the beds in the dormitories for Year 8s were taken, so two other girls and I were sent to sleep on the balcony on the second floor outside the ‘babies’ dormitory’. Those who slept in the dormitory were all allocated a small cubicle, just big enough for a tiny dressing table and room to dress behind a cretonne curtain, to battle our suspender belts and beige lisle stockings! Our clothes were kept in a separate locker room. However, we wore our uniform at all times, except Sundays. The bathrooms, showers and toilets were down the passage.

At night, the views from my balcony were spectacular. Although, the mosquitoes were something of a disadvantage. But I was not destined to stay up there for long. My parents had not thought to mention to the staff that I occasionally walked in my sleep, so you can imagine the consternation of the Sisters when they discovered me wandering down an external staircase late one night. It was immediately thought advisable, for safety reasons, to put me in a Year 9 cubical with less access to staircases.  What joy! I had my own space.

Whilst bedcovers were provided, most girls bought their own and were allowed to add other personal items. The result was a bit mixed with some cubicles sporting white chenille quilts with floral embroidery and bedside mats to match, while other students had to make do with the standard issue. I was somewhere in the middle, with a colourful cotton bedspread but no mat, since not in my wildest dreams had I expected such luxury as a cubicle. Decades down the track, I still have the small glass vase which held the pink paper carnations that sat on that dressing table.

It is interesting to look back and see the way individuals responded to having their own ‘home’at the College. The corridor running down the centre of the dormitory was covered with hard wearing linoleum but the floor in each cubicle was of polished floorboards. For some girls, this presented a challenge. Vast quantities of tan boot polish and much energy went into making their floor shine more brightly than that of their neighbours. In some extreme cases, the mat was positioned so that a shoe never actually made contact with the floorboards.

The challenge in my own case was the bed. Innerspring mattresses and doonas were unheard of. So, how to make my bed conform with my mother’s strict rules about hospital corners setting off a dead-level counterpane? I think the mattresses may have been there since 1938 and in the end, I beat mine into submission with a broom handle. Once the lumps were shaken apart, I smoothed the loosened kapok level, again with the broom.

Like most students, I was homesick, but having a space of my own made life so much better. I am happy to think that the students today all enjoy this as a matter of course.’ 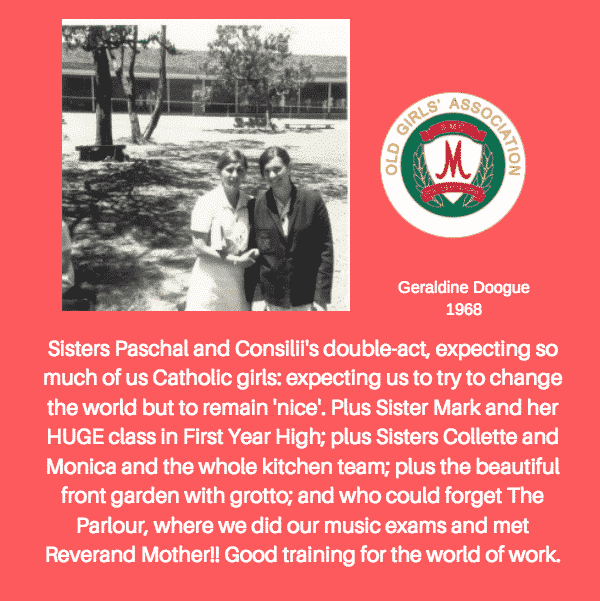 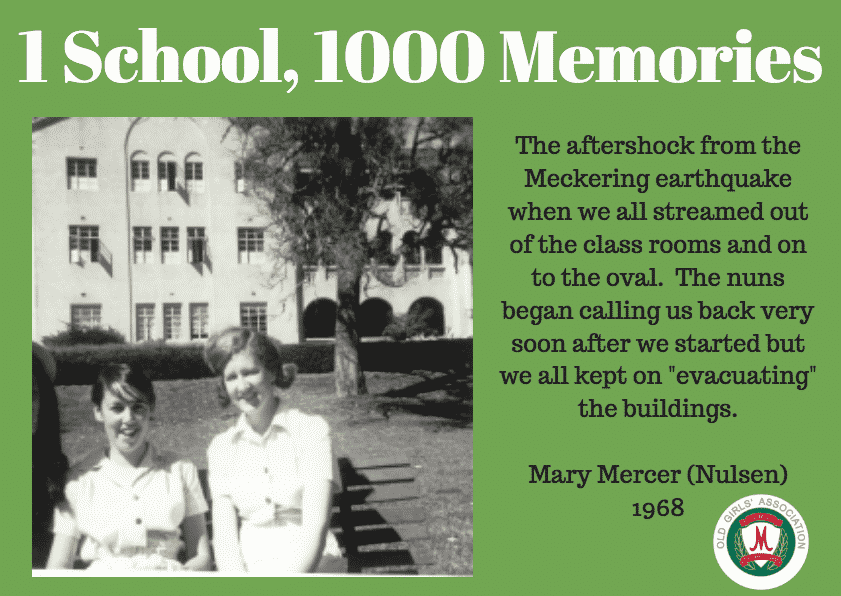 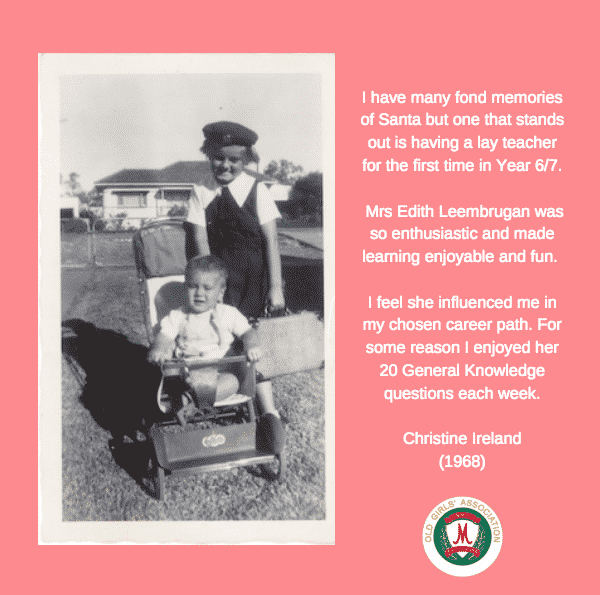 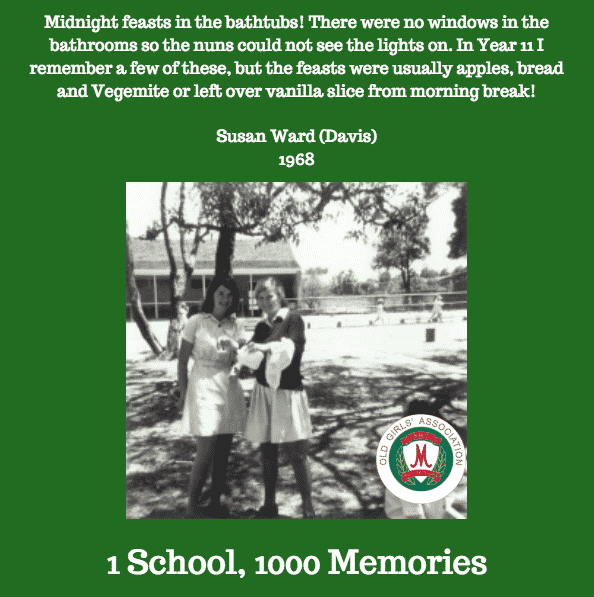