Our Kids Can Code 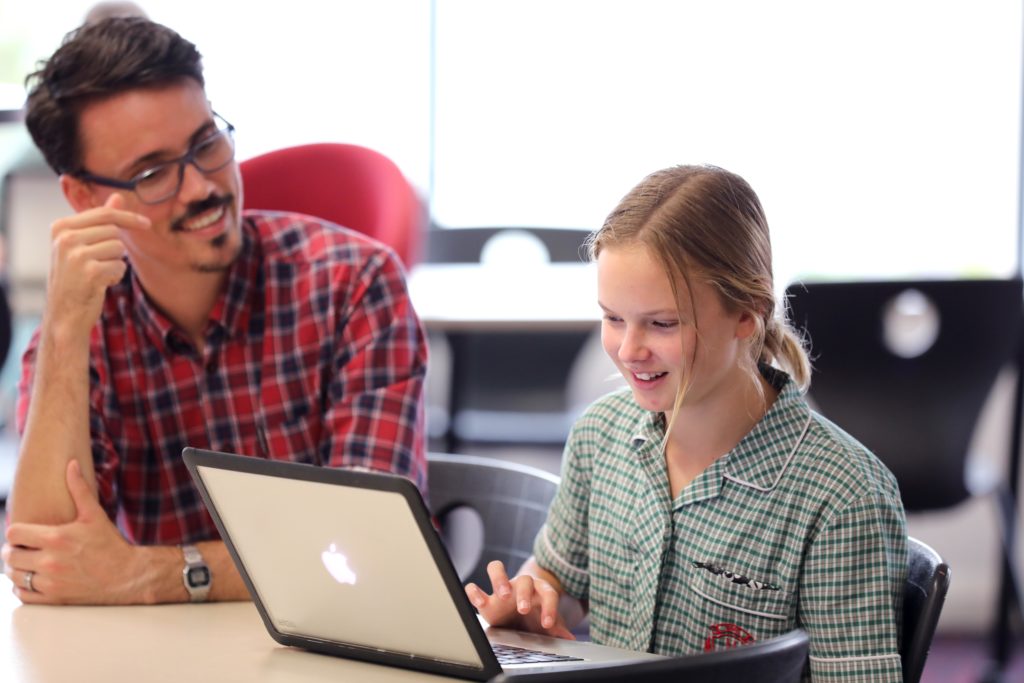 Coding used to be the domain of ‘computer geeks’ and was a language they alone spoke. However, now reading and writing code is seen as one of the fundamental skills that children should be learning in the 21st century. Our prime minister has stated that it is as important as reading and writing.

Coding is the skill required to write computer software, apps and websites. You interact with code all day every day. In order for you to read this article, use your smartphone or do your banking, code needed to be written. It makes sense then that understanding coding helps us understand the world we live in.

Given that coding is so important, it is surprising that it is taught in relatively few schools in Western Australia. Some argue that we have a moral obligation to teach children coding, otherwise we are not adequately preparing them to see the way their world is constructed and shaped. The values and beliefs of the people creating code are inevitably the ones that we are constantly exposed to.

Coding is also fun. It is creative. In many ways, it is learning through play. It is also much more accessible than you would imagine. It is so accessible that a small child can do it, literally. At Santa Maria College coding is taught in Years 6 and 7. That is, they start as young as 11 years of age. And they love it. The thing they like is that they control the computer. They are not passive consumers, they are creators.

Lucy Dal Molin is in Year 6. She likes writing, art, and music. She also loves coding. She’s currently making a game that involves a penguin facing all sorts of challenges. She is completely in control of the little world she is making and it is lovely. That’s after two lessons and lots of guided exploration using a program called Scratch. The Year 6s also used Hour of Code but they didn’t like that one as much because ‘there were too many rules”.Information Technology teacher Marsha Pengilly is the innovator responsible for the coding program at Santa Maria. She explains that the industry has changed. Originally women were responsible for coding in the very early development of the industry. Men created the hardware. In fact, it was Lord Byron’s daughter Ada Lovelace who wrote the first code in the 1800s. This continued to be the case until the 1970s and 80s when it became a male-dominated industry. If code shapes the world, women should be writing code too.

The need for more women in the coding industry has been highlighted in the last week. Google has publicly recognised that their emoji construction is from a very traditional male perspective and that it needs to change. This is good news given that young girls are overwhelmingly the highest users of emojis worldwide.

Australia is relatively late to coding in schools. It has been introduced to the national curricula of the UK, New Zealand, Belgium, the Netherlands, Finland and Singapore. It is important that it become more prevalent in Australian schools given that so many careers are now IT-based, and so many more are IT-dependent. Coding also has the benefit of teaching children problem-solving skills, critical thinking and logic. It enhances education in much the same way as learning a foreign language or a musical instrument.

Fortunately, politicians are also seeing the value of coding. In a press release in 2015, Bill Shorten stated that under a “Labor Government we will ensure that computer coding is taught in every primary and secondary school in Australia.”  As I said before, Malcolm Turnbull agrees or did in his time as Minister for Communication. He said, “Digital skills should be the new kind of national literacies, as fundamental as reading and writing.”

We often think in stereotypes about technology. It is seen as the domain of young men. However, watching a class of 11 year old girls creating code blows that stereotype out of the water. We look forward to a time when every Australian student is given the opportunity to be a part of shaping our digital future.