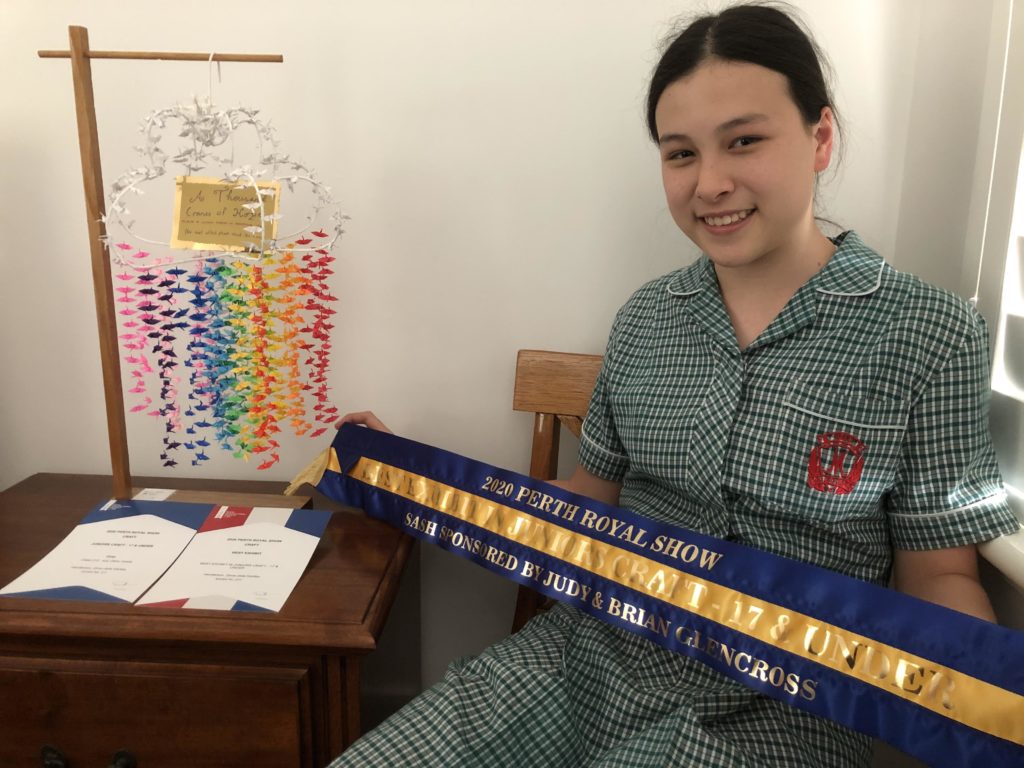 The Hiroshima Peace Memorial (Genbaku Dome) was the only structure left standing near the epicenter of the first atomic bomb which exploded on 6 August 1945. It has deliberately never been restored and remains in the same condition it was in right after the explosion.

Following a visit to the memorial in 2019, Year 9 student, Zima-Jade Henderson decided to create a mobile to represent a rainbow of coloured paper cranes flying beneath a white cloud. Zima-Jade dedicated her art piece to Sadako Sasaki who was severely irradiated by the explosion as a 2-year-old. Sadako died from leukemia at the age of 12, while aiming to make a thousand paper cranes – a Japanese tradition for granting a wish. Her wish was for recovery.

The cranes were made from origami paper just 1.5cm by 1.5cm. It took Zima-Jade seven months to make 644 cranes for the exhibit. This was the same amount that Sadako Sasaki was able to make before she passed away.