Last night saw the close of Santa Maria’s Public Speaking Competition.  Weeks of workshops and practising in front of the mirror culminated in two rounds. The first round was held for the Years 9 – 12 girls in Week 4, and the second in Week 5 for the girls in Years 5 – 8.

The topics provided were open-ended statements, such as “Investment in the future” and “It’s hard being green”. This allowed the girls to be creative with their responses, and no two speeches were alike.

Cultural Captain Emilia Cottino, who won the competition when she was in Year 9, ran a workshop to prepare the girls. In her workshop, Emilia taught participants how to project their voice and use hand gestures.

Other than just verbal tips, Emilia also gave pointers on how to write a speech. “It’s important that the girls find something they are passionate about within the topic. That makes it much easier for them to speak about it”, said Emilia.

Emilia’s helpful advice shone through in the girls’ speeches. Each and every one of the girls spoke with confidence and gusto. They used personal anecdotes and humour to make their speeches more relatable. And they chose topical issues, such as the plastic waste produced by Coles’ Little Shop toys.

Though public speaking can be nerve-wracking, even for the most charismatic and bubbly students, it can also be deeply rewarding in later life. For instance, most of this year’s head girl candidates mentioned the importance of public speaking as a co-curricular in their speeches.

Megan Anderson, Public Speaking Coordinator, added that “I’m always impressed with how passionate the younger girls are in their speeches. The senior girls, on the other hand, are very meticulous and technically sound. I think both cohorts could learn a lot from each other.” 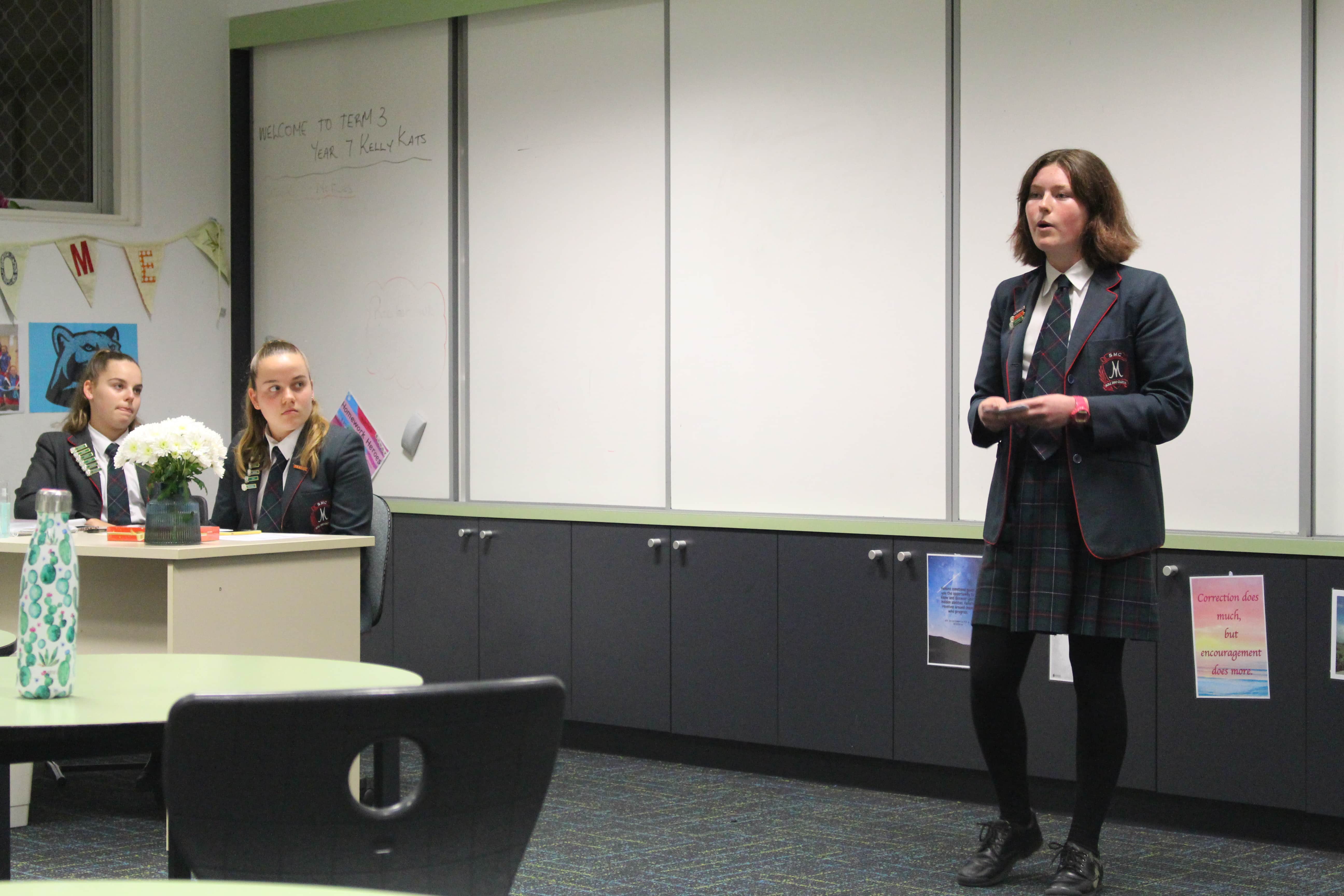 Here are the winners from each Year group, along with honorable mentions:

House results are still being tallied and will be announced early next week.

Parents should feel proud of all the girls involved. Speaking in front of a crowd is no easy feat.