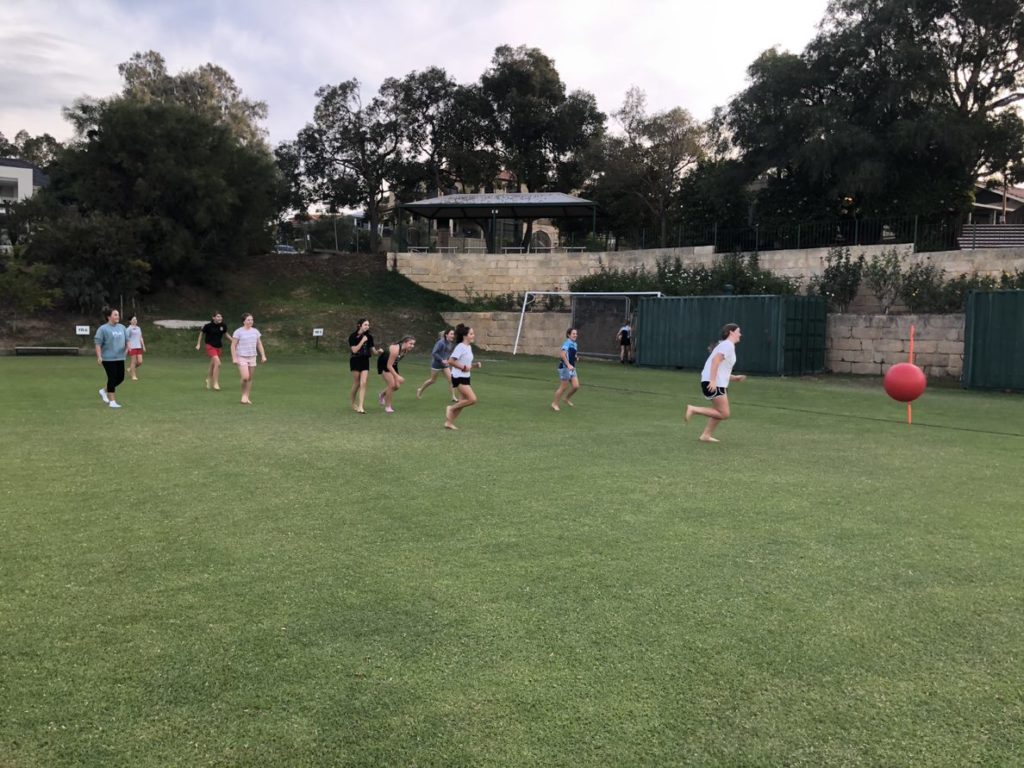 Boarders’ Backyard, is a new initiative that has been very successful and secretly competitive!

The boarders meet after school at the College oval on Mondays, Thursdays and Fridays.

The idea behind the implementation of Boarders’ Backyard was to reinvigorate creativity, fun and laughter through simple outdoor games. ‘Capture the flag’ has been the flavour of the month, with many games being played.

What has been so incredible is that now on Tuesdays, Wednesdays and weekends, the boarders are self-driven and motivated to play without adult coordination.

We could not be prouder of the girls for their ability to immerse themselves among all Year levels.

There have been leadership and cooperative skills shine in many of the Year 10 boarders during Boarders’ Backyard, congratulations to these girls.

The next game to be introduced to the boarders (it will be popular) will be revealed in the next blog!

In Boarding, we have been doing activities every afternoon. On the first day, we did some fitness games like the ‘name game’. Then we played ‘capture the flag’ most days. We usually do teams, like the Year 10 vs the Year 7 girls or we mix up the year groups. We use things like shoes and t-shirts as the flag and have become very good at getting the flag. Overall it has been so much fun and I have enjoyed it a lot.
Zoe Smith, Sylvester House

Boarders’ Backyard is really fun because we get to mix and meet other years that are younger than us, we wouldn’t normally see them. It is also really fun to do exercise with my whole house as a group. It is really enjoyable and many girls in my house look forward to it.
Bronnie Goss, Bertrand House

GYM USE
Years 11 and 12 students have special boarder right’ to the gym. However, with the COVID-19 restrictions, Year 10 students have also have been given the privilege to complete the College gym use induction. We are pleased to be able to offer the girls some time slots to the gym.

BOARDING SUPERVISOR RECREATION
The Boarding Supervisors have also been incredibly hardworking and creative in offering many recreational activities for the boarders on weekends. Origami, paper plane competitions, wheat bag making, drawing activities and pebble painting to name a few. There is so much talent and creativity among the Boarding Supervisors. The Boarding Community thank them very much for their efforts and ideas!