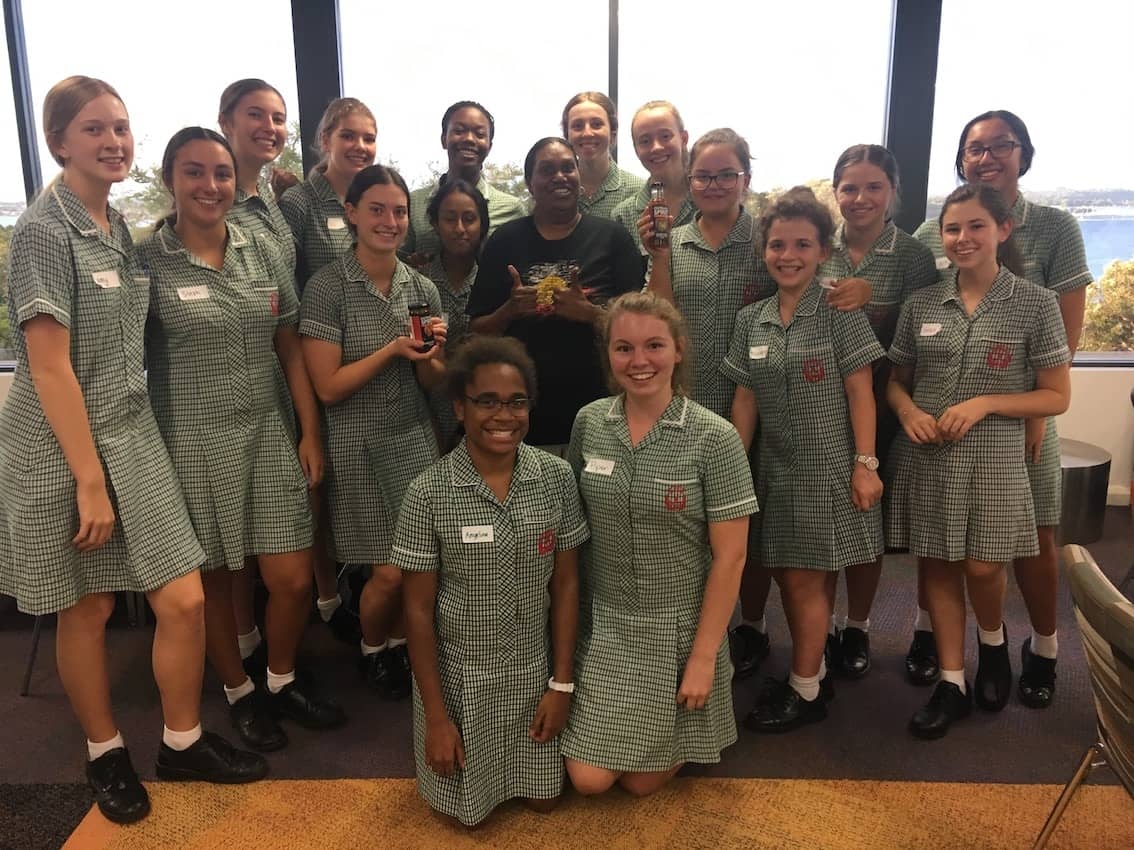 Rottnest Island is known to the Noongar people as Wadjemup. From 1838 until the 1930s it served as an annex of Fremantle Prison. It was used to incarcerate thousands of Indigenous men and boys from the ages of 8 to 70, often for minor offences such as stealing food. Now, the island is one of Perth’s premier tourist attractions, drawing crowds of over 500,000 people annually. Few are aware of the island’s dark past.

At the back of Rottnest’s small museum lies photographs of the island’s early history as an Aboriginal prison. Forced Indigenous labourers built most of the island’s popular heritage landmarks including Government House, Hay Store, The Church, Salt Store and even their own jail – The Quod.

The Quod was a notorious eight–sided jail where at least 370 Aboriginal men died. Their bodies were buried wrapped in filthy blankets and seated upright facing east in the largest unmarked Indigenous burial ground in Australia.

On Thursday 15 March, Santa Maria College Seeds of Justice students hosted a combined schools gathering of students from four Mercy Schools around Perth.  Students listened to Professor Len Collard, a Noongar Elder and Chief Investigator at the UWA School of Indigenous Studies, share his wisdom on the topic. Students were also invited to participate in an interactive session facilitated by Tom Joyner, CEO of The Indigenous Communities Education and Awareness Foundation. Students also enjoyed a medley of tastings with different meats from chicken to kangaroo infused with native flavours, and salads and damper incorporating bush seasonings. Marissa Verma from Bindi Bindi Dreaming Catering shared her passion for indigenous cuisine and invited students to enjoy the grazing table she prepared for the evening.

All sessions were incredibly informative for those who attended, many of whom had no idea about Rottnest Island’s past. Students discussed how they could bring greater awareness to this part of our history and shared strategies on how they might do this. Santa Maria College Students hope to go over to Rottnest Island and spend time with Professor Collard’s grandson, Ezra Jacob Smith. Ezra is currently the Aboriginal Heritage Officer on Rottnest Island and he has organised a special service project for our students to complete and further grow our awareness of the rich indigenous history of the island.