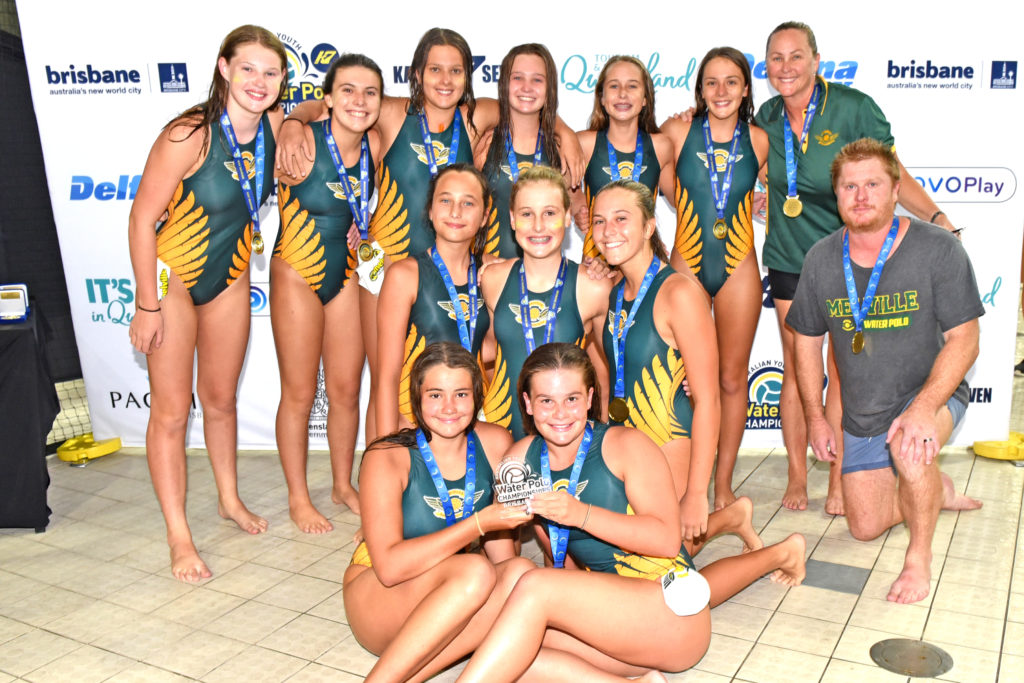 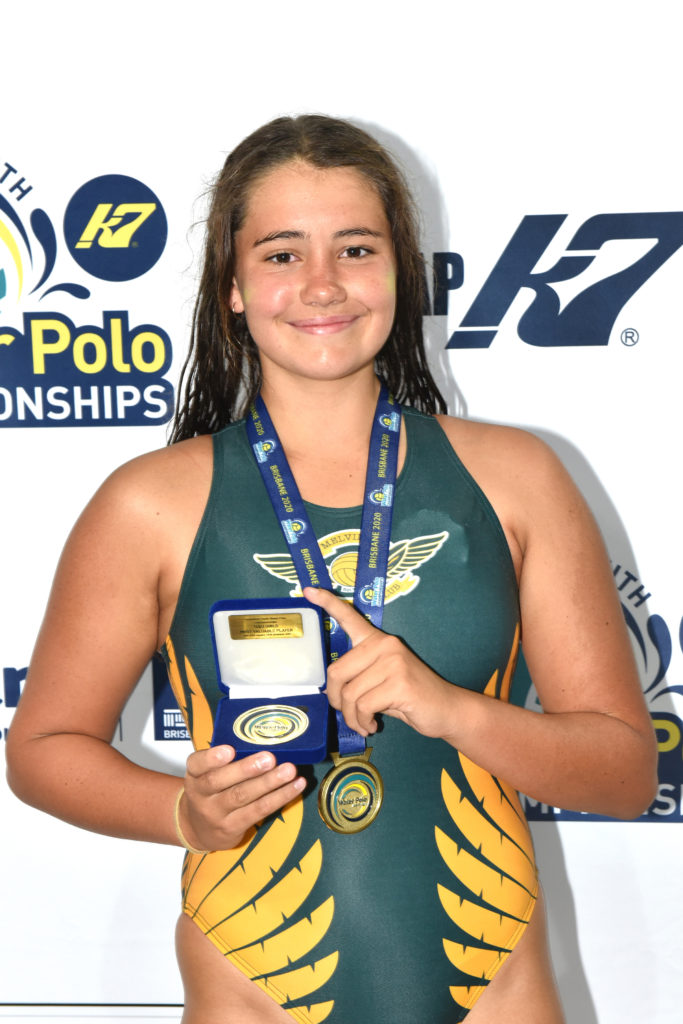 The Melville Water Polo Club sent their U14 A Team to Brisbane in January to compete in the Waterpolo Youth National Championships.

Of the 11 girls in the team, five of them were from Santa Maria College. From Year 9 are Bridget Cranley, Isabella Teasdale and
Isabel Bauer. From Year 8 are Ava Forrest and Milly Sullivan.

The team had a spectacular tournament – competing against 32 teams from around the country and won the Gold!  A fabulous achievement for the WA team.

Congratulations to Bridget Cranley who was awarded the MVP Medal for the tournament.