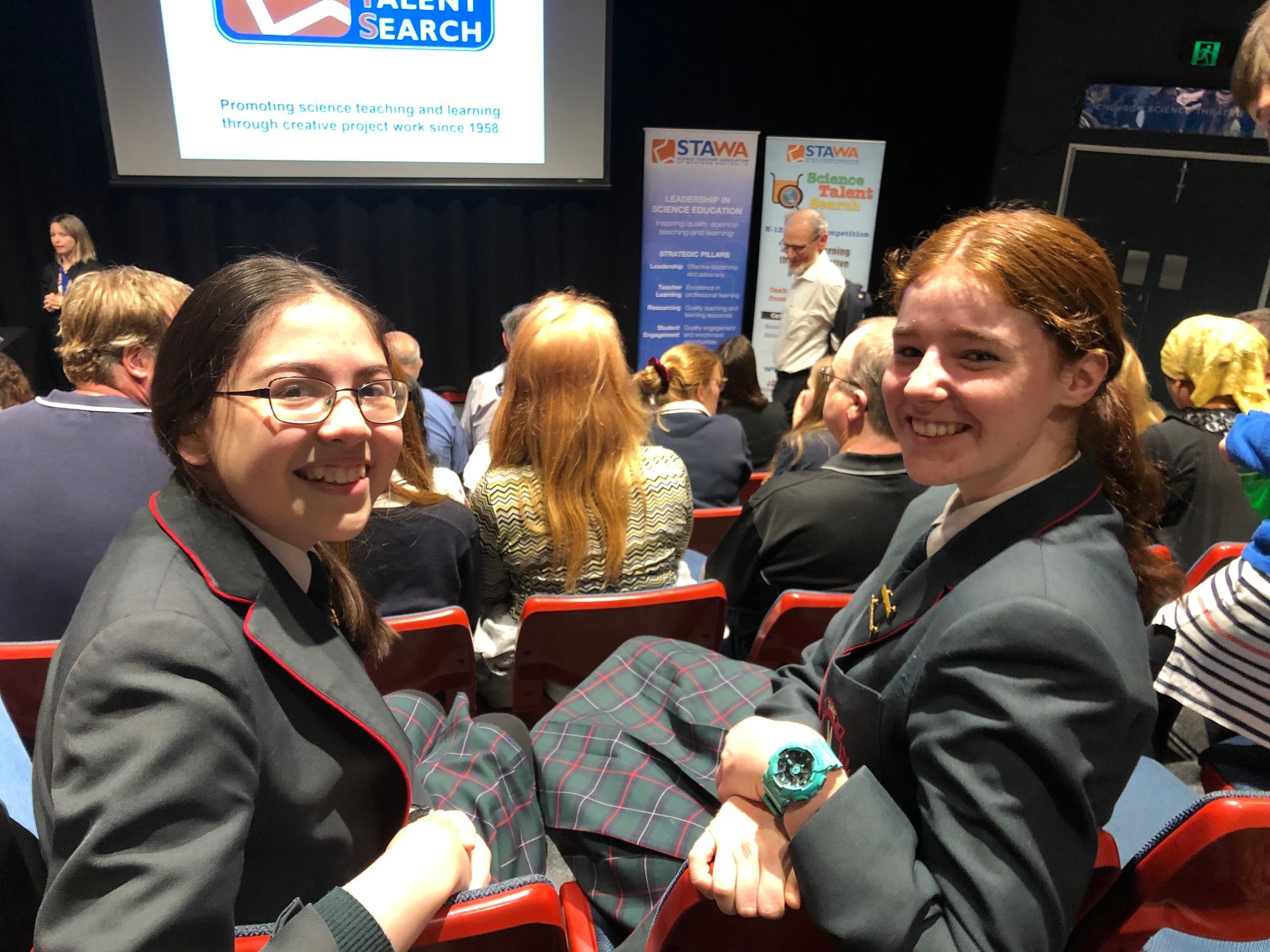 Science Talent Search is a competition conducted by the Science Teachers’ Association of WA each year. Year 10 Brain Stem students Lana Komaromi and Caitlin Dunbar entered the competition in the category of scientific investigation and were awarded third at an awards evening this week.

This investigation category required students to design, conduct and report on the findings of their investigation. In Brain Stem, students design and carry out an investigation where they look at various factors that can affect memory. The girls’ investigation focussed on different fonts used when students read and try to memorise a text or passage and if the font type actually has any effect on the recall of the information in the text.

Lana and Caitlin were very methodical about the way they tested their participants to maintain the validity of their data. They reported on their investigation carefully and were able to confirm that their hypothesis, which had predicted that the font that is generally regarded as improving a person’s memory, Sana Forgetica, did not provide the highest results, hence their hypothesis was not supported. Comic Sans was found to be the font that produced the highest recall.