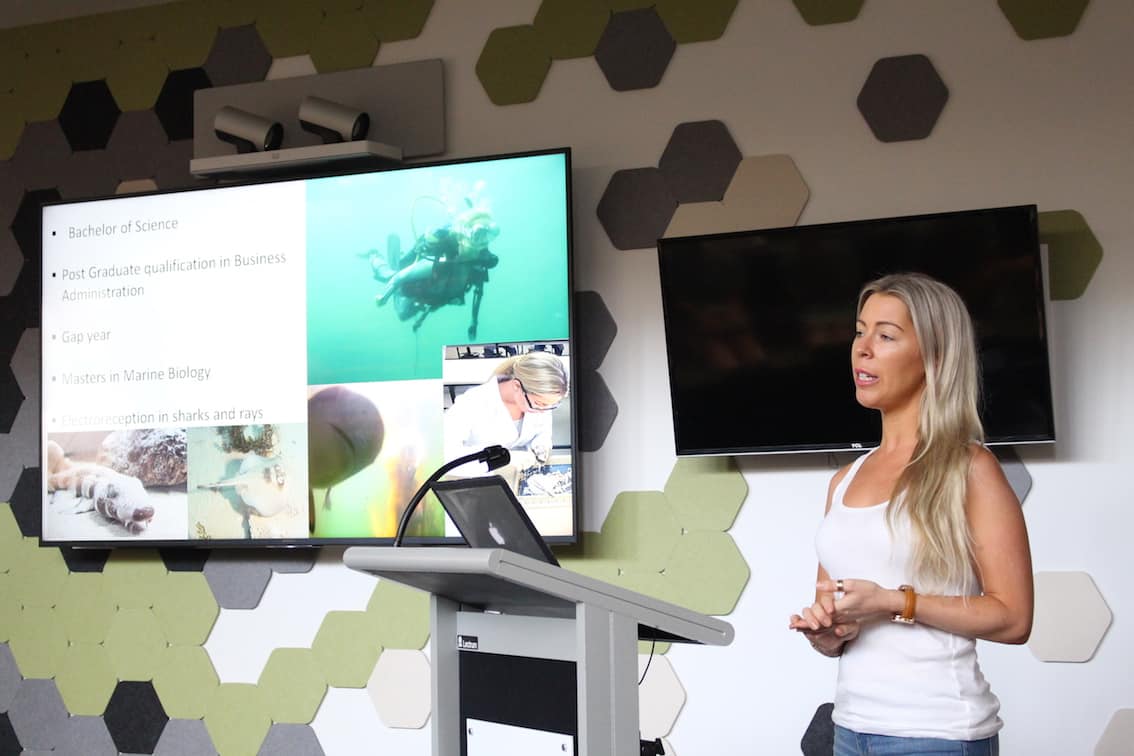 Six months ago, Amanda launched a project called Fin Free Soup. The idea behind the project is the first in the world. The Fin Free logo displayed in a restaurant’s front window indicates to consumers that the restaurant does not serve/support shark fin soup. The website lists over 230 restaurants that have been verified to not serve the dish. The project has since expanded into Victoria, ACT, NSW, London and New York.

The project has been pitched to the Discovery Channel, to be turned into a documentary. The Discovery Channel have since commissioned the project, which will be airing on this year’s Shark Week (the most popular and longest-running programming event in history), with the aim of turning it into a series. The show will follow Amanda in her efforts to remove shark fin soup from Australian menus as she travels to Hong Kong, the main source of shark fin imports.

Today Amanda spoke to the girls about shark biology and conservation. The girls were provided with a very detailed and informative lecture on Shark Biology, where they learnt about the other two senses sharks possess – electroreception and the lateral line system. Amanda discussed her research project on electroreception when she was at university, and the girls learnt about the need for controls and why variables in scientific investigations are important.

She spoke in detail about the process of shark finning and the significant effect that this has on biodiversity and the health of our oceans. Following this the girls were introduced to her ‘FinFree soup’ conservation project. We hope this will help the girls to develop their own ideas in preparation for lessons the girls will plan and deliver to the Year 5 students at the end of the term.

The girls asked lots of questions – we hope this inspires them to embark on a career in this field and enable them to educate their peers on shark conservation and the need to protect our oceans.