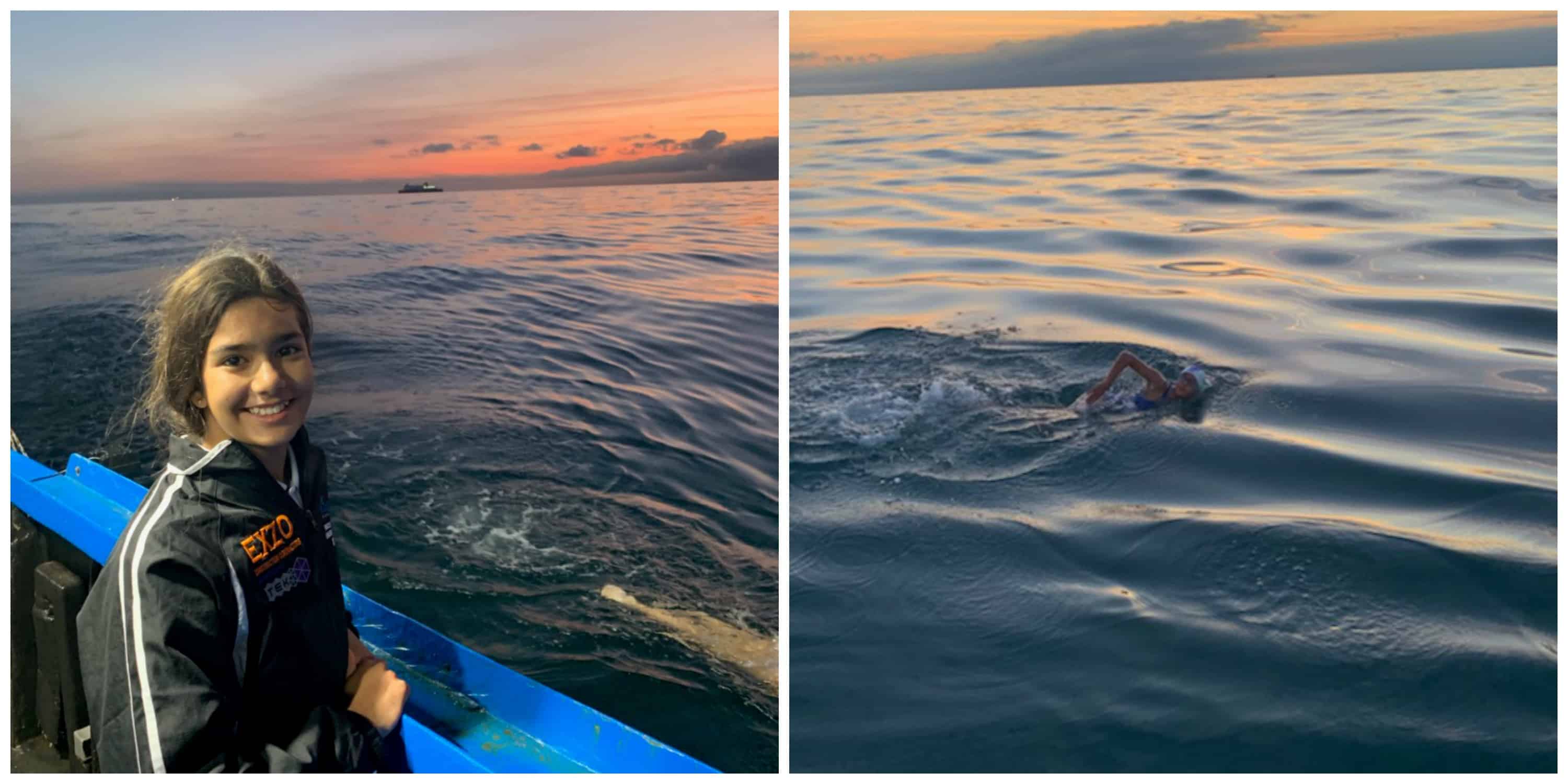 Last term we chatted with Shayla Keane who was preparing to swim the English Channel with her team. We caught up with Shayla after her swim and asked her about the experience.

Shayla and her team completed the swim during the holidays in 10 hrs 08min, which is unofficially the second-fastest of any junior team on record and the fastest for an Australian junior team. The team set off at 11.00 pm on 15 July and Shayla swam her leg at dawn, about halfway between England and France. What an amazing achievement!

Were you nervous about the swim beforehand, how did you cope with the nerves?
Knowing I was about to swim the English Channel was sitting on my mind in the lead up to the end of last term. The thing that I was most nervous about was the two-hour cold water qualifier, which I had to complete before I flew to London.

What was it like while you were swimming your leg of the swim?
When I was swimming it was daunting at first, but then I got into my rhythm and time went very fast.

How did you deal with the fatigue and the cold?
I just took it one stroke at a time, but luckily the water wasn’t that cold compared to my training due to a heatwave in Europe.

Did this experience change you in any way?
Now, after swimming the English Channel, when I have to do something that is challenging, I think I will be able to tell myself, “I can do this because it can’t be as hard as the English Channel”

What next? Do you have any future goals for your swimming?
In the future, I would like to complete the Rottnest channel swim solo and eventually swim the English Channel solo as well.