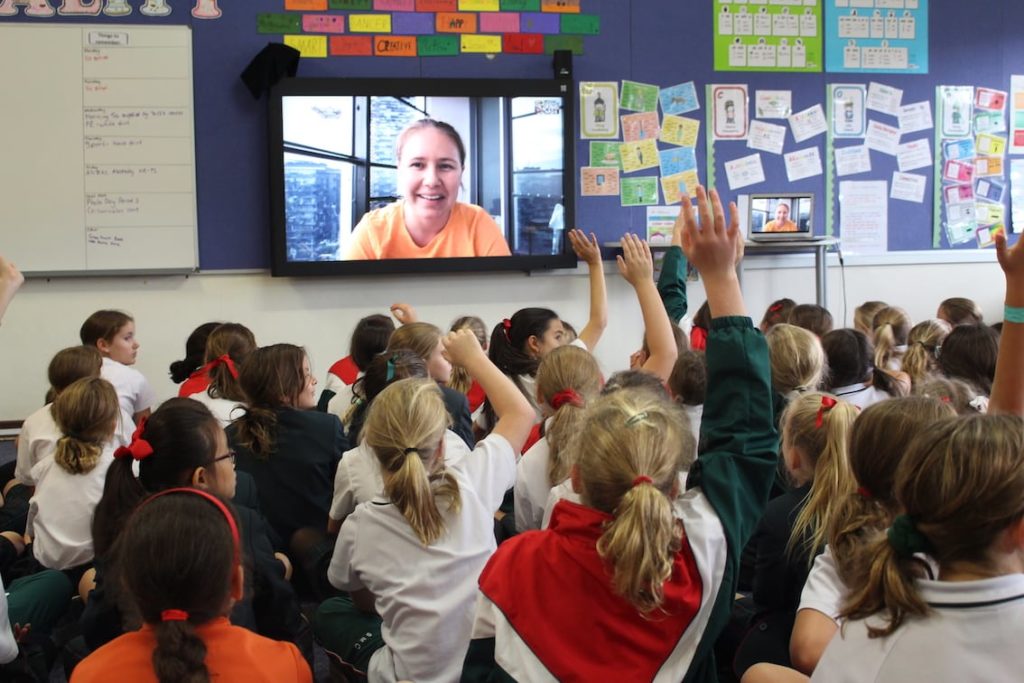 Our Year 5 students were very excited to Skype with Julianna Kadar, a shark biologist at the Macquarie University, from their classroom this week. Julianna’s work focuses on Port Jackson shark movement and migration, which ties in with the topic of adaptation, our Year 5 students are looking at this term. This talk allowed the girls to hear about this topic first hand from a scientist in the field without leaving their classroom, thanks to the program Skype A Scientist.

“I found it very interesting that when the Port Jackson Shark bites they just pinch you. I loved being able to skype with the scientist because you can constantly talk and you don’t have to wait long for an answer.  She lived in Sydney and it felt like she was in the same room as us.” Olivia Keady, Class 5.2

“It was cool how they made the shark harnesses out of wetsuits and how it could track how sharks moved and where they go. I thought it was interesting that these sharks rested with other sharks their size. It was more fun skyping someone and it meant the scientist didn’t have to pay money to come here but we still get to learn so much from her.” Isabella Galvao, Class 5.5

“I really like the idea of skyping with the scientist because she knew so much and even though she lived a long way away it felt like she was in the same room as us.  One thing I learnt from the scientist was that  Port Jackson sharks turn upside down when they are mating.  I found it so interesting that the scientist could track the everyday movements of the sharks and how they wore the harness.” Valentina Daniele Class 5.2

The students hope to skype with an astrophysicist on the topic of space in Term 3.