Staff in the Colour Run to Raise Awareness of Domestic Violence 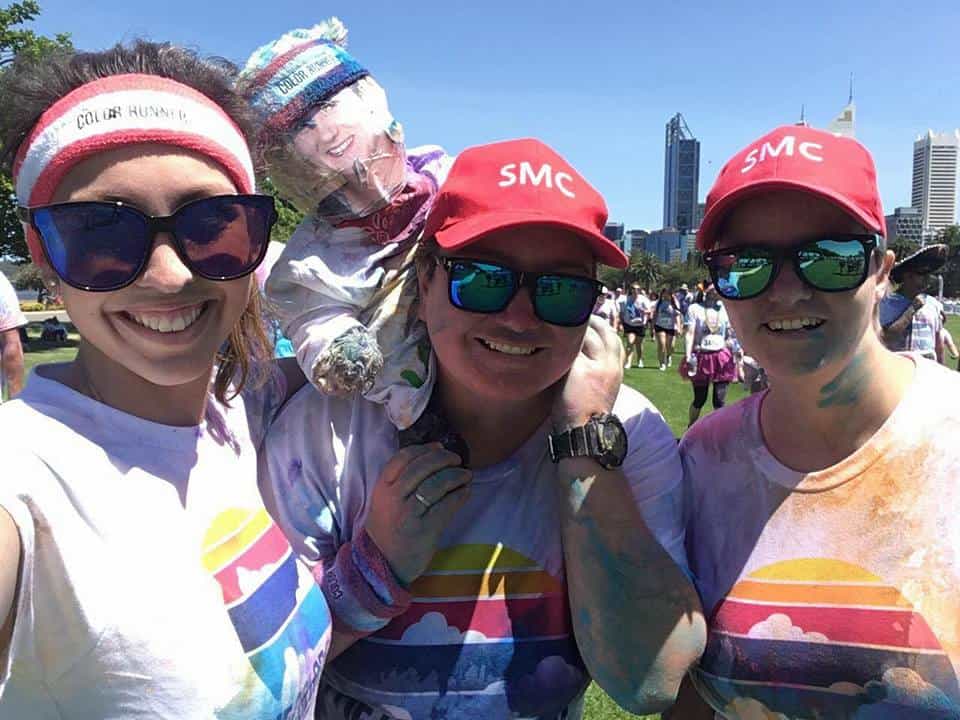 As staff members at Santa Maria College, we were informed of a class of Year 12 students undertaking an advocacy task with a campaign for victims of domestic violence. The girls were extremely alarmed by the statistic, one in three women experience physical and/or sexual violence perpetrated by someone known to them. They felt it was way too high.

“We go to an all-girls school and it is an unsettling feeling to know that myself or the two girls sitting beside me could experience domestic violence in the future.” Luca Farmer, Year 12

The students created this video in order to be able to collect goods and raise awareness about Domestic Violence. They decided on the ‘Just One Thing’ campaign and asked people to donate ‘just one thing’ to try and make the transition into a new home easier for those who were experiencing domestic violence. These goods would be donated to the charity Starick.

Santa Maria staff members Kelli Wray, Evanna Brando and Natasa Milenkovic,  decided to show their support for the students by running in the Colour Run and also raising funds for Starick. The Colour Run was held on Sunday November. The staff raised over $300.